Since this is a sermon/rant, I am going to relax some of my rules of engagement and make some assertions that I think are reasonably supportable – but I may not bother supporting them. We can discuss them in comments if you want to challenge them. Otherwise it’s difficult to write without producing a great big bodge of anti-{skeptical trope} defences to head off pyrhhonian challenges.

PZ [pha] was more connected to movement atheism than some of us, and still cares about it to a certain degree. I think that’s laudable, because religion remains a blight on the intellectual landscape and there are still plenty of people who are into debunking it. From a distance I feel and sympathise with PZ’s pain: it’s really sad to watch how movement atheism has turned into a shit-show of cheesy grifters and attention-whores. If you step back and think about it, it should be obvious why: atheism is going to tend to attract some of the same kind of people that theism does; they’re just a little tiny bit more sophisticated and can see through the obvious lies. Meanwhile, every movement has its parasites that realize that interest groups run by amateurs are a great place to find mis-managed money or to get people drunk and take sexual advantage of them, or for wanna-bes or has-beens to grab a microphone (or tweet) and make themselves a little more important-sounding. It’s “ho, hum” except that it’s real money and it’s real people’s lives and it’s a real issue. But, otherwise, it may as well be a bowling league. That’s not to dismiss bowling, which is an engrossing and interesting pastime, but it’s rather to explain how even amateur bowling leagues wind up with politics, edge-lords, nazis (probably), and perhaps even twitter feeds managed by querulous academics past their prime commenting grinding the “political correctness” axe because someone once told them to behave and they are still stinging over that slight. 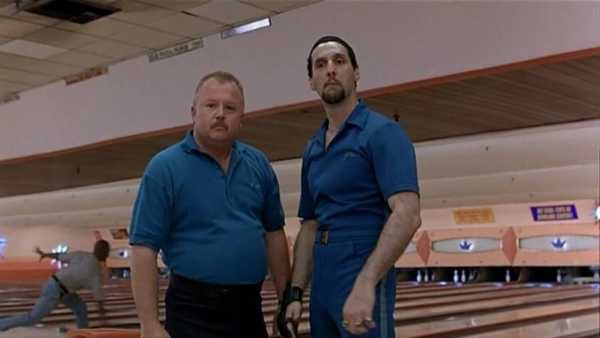 I’m not trying to say that I have some kind of olympian view of this whole thing, but I do feel that I see things in a different context than someone would, who has been down in the trenches slinging the mud back and forth with some of those dubious characters. I also see Atheism+ as a well-intentioned effort to get some of the movement and dictionary atheists to realize that they have deliberately marginalized themselves by declaring, in effect, “this is the battle, the only battle that I choose to fight!” Well, good on them – someone’s got to hold the shallow end of the pool, after all. And that’s a deliberately chosen metaphor, which ought to sound suspiciously close to “big fish in a small pond” because that’s what’s going on. Let me contextualize that for you another way: Richard Dawkins has not had any thoughts about politics that are important enough to make him a footnote to a Cliffs’ Notes version of Plato, so he’s doing well sticking to the well-hoed field of atheism, where he can make arguments that would have elicited a yawn from Hume and an eye-roll from Voltaire. Atheism is easy. PZ et al were trying to get Atheist+ to see that and broaden their sights to more than just the trench in front of them; it’s an entire trench-system and it’s all connected and self-supporting. 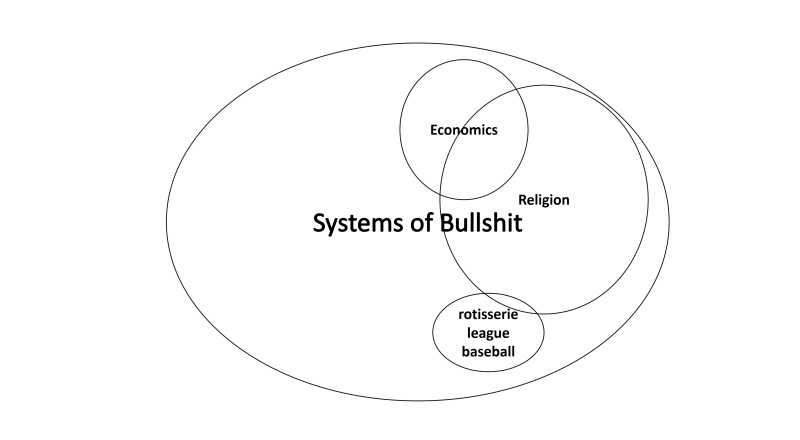 On the illustration above, I was going to put “space aliens” and inside that bubble “big foot” but my computer doesn’t have pixels that small. Religion is a huge system of bullshit, and there are many sub-fields within religion, and anyone who wishes to can have a busy and productive life just attacking any one or maybe two of those sub-fields – in fact, I owe my perspective on movement atheism to Sam Harris and his shit-show posting about “Why don’t I criticize Israel?” [stderr] that made me realize that movement atheists simply do not have the chops to go after anything bigger and tougher than refuting religion.

What I’m saying is that folks like Harris, Dawkins, Shermer, Carrier, et. al., have found the place where they are as effective as they want to be, and they’re comfortable there. Oh, you want to argue about whether or not there’s evidence for the biblical jesus? That’s nice. Over in the deep end of the pool, they are arguing about whether there’s evidence that supply-side economics works and they’re trying to model what reparations for slavery might look like over the size of an economy like the United States’ and 400 years. Next up: what about the Indigenous Peoples? As far as I am concerned, the atheist movement hit its peak effort when a bunch of its stars stepped forward and then immediately fell all over themselves when they tried to express thoughtful opinions about politics. Remember when Christopher Hitchens, the brilliant contrarian, decided to emulate a murderous establishment ventriloquist’s dummy after declaring that he had travelled in Iraq and Iran – but, sure, we should kill muslims like they are mosquitoes. What the fuck? And Richard Dawkins ageing brain began firing in the patterns of his good christian upbringing as he searched for plausibly deniable ways to say “shut up, woman!” to one of the new generation atheists. I’ve already shitcanned Sam Harris, so that leaves Dan Dennet, who sensibly slunk back to the armchair of the academic and concluded that we have free will (with a little ‘f’ and little ‘w’) but it’s not the kind we really want, etc. Some horsemen. Some apocalypse. At least they didn’t have any rapists in the club. 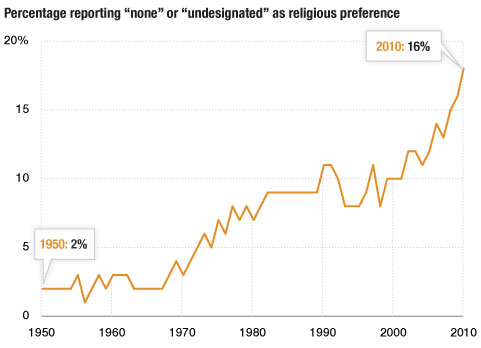 when someone starts talking about Atheism+ or movement atheism. That’s because having a movement is really not the point: we’ve already got a ground-swell. Sure, it would be nice if the last mega-church was shuttered on our watch but it’s not going to happen in our lifetimes. Religion is going to continue for a very long time, but it’s mostly going to be in the form of nebulous gods in World of Warcraft, I.e.: “spirituality” AKA “who gives a fuck?”

The war has been won and there never will be a StarWars-like final scene in which the heroes are given medals of atheism and resisting political correctness. [Besides, if there was a medals-giving ceremony, imagine what a shit-show of preening old coots it would be.] There’s no glory left in running around taking gleeful part in the mopping-up action. Besides, that’s just an invitation to problematic behavior.

Let me adjust your perspective a bit: 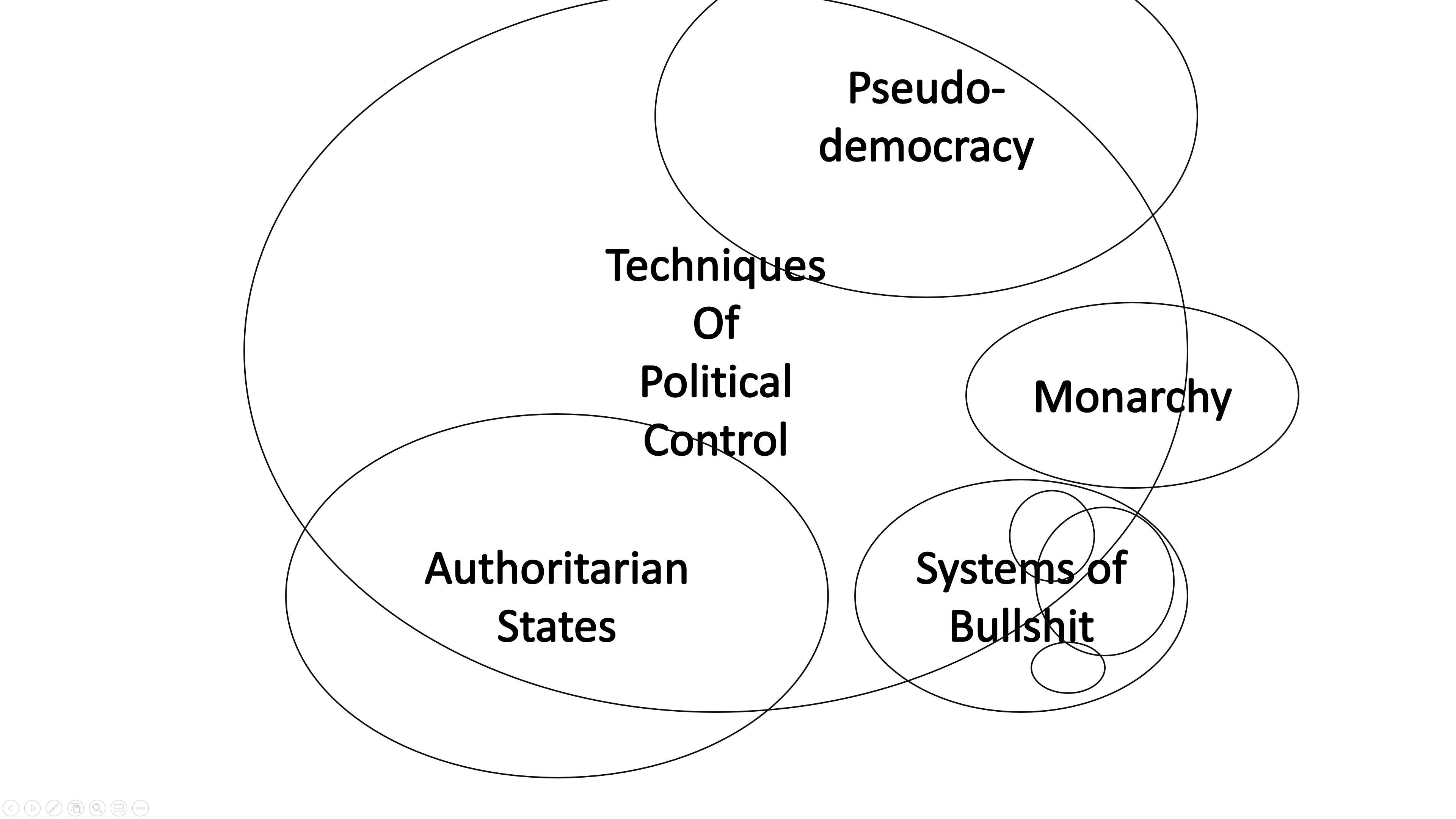 Atheism fits into this because it defeats one tiny part of the bigger landscape: the divine right of kings. For much of human history, that was an important concept; King Thag would say “I rule by the grace of the gods!” and the high priest would gibber, burn some incense, and scream “IT IS TRUE!” If that didn’t work, King Thag had spearmen standing by ready to send you to meet your maker so you could discuss it directly. So, yeah, movement atheism is important but unfortunately the dreaded horsemen (it would be men!) of the atheist apocalypse couldn’t even get their big boy pants on enough to realize that they were tilting against cobblestones on the driveway leading to a windmill labeled “political control.” Spinoza, Voltaire, Hume and Nietzsche understood this and tried to explain it in various ways – if you can attack the divine right of kings then you have removed one of the cards from the deck, and the authoritarians who wish to rule you are going to have to play with only 51.

The reason movement atheism choked and died is because, as PZ said, it did not manage to lift its sights and gaze across no man’s land into the next trench. It didn’t even manage to look to its left and realize that class struggle is ready to go “over the top” in solidarity, and anti-racism and feminism and LGBTQ rights are also in those trenches and they’re on the same side. On the other side of no man’s land is: ruthless authoritarianism, upper class solidarity, and suborned masses of libertarian millionaires who have mistaken being given a good life as a servant of power for having a seat at the table. Movement atheism simply does not have the chops to tackle what it’s really up against, so it’s decaying into a squabbling bunch of vanity conferences and deep rifts. Nobody should give a shit. The enemy certainly doesn’t either.

There were times in the past when I went down and argued with true believers. Ooh, “contradictions in the bible” and epistemological challenges were all very heady stuff. It wasn’t until I had been doing it for a while that I noticed that the ranks of the religious are full of people like William Lane Craig who do not give a shit that their arguments have been refuted over and over and they were bad to begin with. If you’re arguing with some dipstick whose idea of state of the art apologetics is to dust off Aristotle and trot that out as if it was a serious explanation of something – you’re wasting your time. You may as well be arguing with a cinder-block. When I realized that, I noticed that it was not very different from arguing with a “conservative” about political economics: they’re going to trot out supply-side economics in a fantastic variety of paint-jobs and if you knock one of them down they’ll paint supply-side economics blue and come back and you with “here’s another way of looking at it! ${supply side economics}!” Meanwhile, there’s the usual pauses for tone-trolling, labeling, and epistemological pseudo-skepticism. 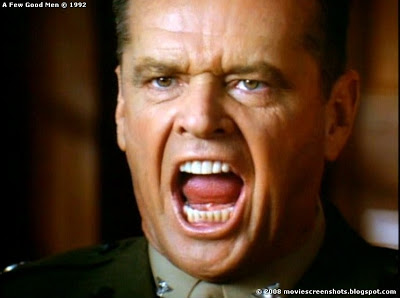 THE TRUTH?! YOU CAN’T HANDLE THE TRUTH. YOU CAN’T EVEN NOTICE WHEN A WOMAN DOESN’T WANT YOU TO CREEP ON HER ALL THE WAY BACK TO HER HOTEL ROOM!

So that’s what happened to movement atheism. It’s not worth talking about anymore. The people who have been fighting down in that trench have been, perhaps, fighting in that trench because it’s a tractable part of the battle and they don’t have to look up and see the sun being blotted out by the belly of a gigantic armored vehicle with the words “climate change” stenciled on the bottom. This is not “whataboutism” but doesn’t it seem a bit silly to be lobbing epistemological challenges at catholicism (seriously, could there be a more ridiculous target?) (ok, mormonism) when the political reality of the time is that The People have no control over the political systems they live under in China, Russia, and India. The political unrest you’ve been feeling in Britain and the US is the surface manifestation of an internal debate among the oligarchs as to exactly how much political control the people are going to be allowed to think they have. Since China, Russia, and India and the US are huge and hugely populated, it appears to be a fact that more humans than ever before are living under some form of authoritarian rule.

As if that weren’t bad enough, the new authoritarian wave appears to have allied itself with global capital interests, which depend on fossil fuels. They have the reins of control firmly in hand and they have decided that the wealth and power of the fossil fuel industry is a necessary ally to put them and keep them in power. The new battle that’s shaping up is for global authoritarianism to pay back its backers by crushing any attempt to preserve the biosphere from their profit-making.

In that context, yeah, you can see why I am excited as all fuck about atheism.