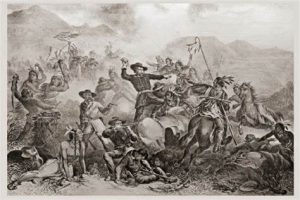 Scott Alexander has some ideas about how New Atheism failed. I largely agree with its thesis that the atheism framework was gradually abandoned in favor of an activist/social justice framework, so it didn’t exactly die, it just sort of metamorphosed. Also, it’s nice to get mentioned.

I don’t have a great sense of how this era went, since it was around the time I unfollowed every atheist blog and forum for the sake of my own sanity, but my impression is that some of the Atheism Plussers later admitted they came on a little too strong and dropped that particular branding. But the cleavage the incident highlighted (not created, but highlighted) stuck around. As far as I can tell, it eventually ended with the anti-social-justice atheists stomping off to YouTube or somewhere horrible like that, while most of the important celebrity members of the public-facing movement very gradually turned into social justice bloggers.

For example, I look at Pharyngula, which during its heyday was the biggest atheist blog on the Internet. On the day I am writing this, its front page contains posts like “Are They All Racists On The Right Side Of The Aisle?” (recommended answer: yes), a discussion of how opposing the Gilette commercial represents “classic toxic masculinity”, and an attack on Milo Yiannopoulos. Its sidebar includes links to “Discussion: Racism In America”, “Discussion: Through A Feminist Lens”, and “Social Justice Links Roundup”. There’s still a little bit of anti-religious content, but mostly in the context of Catholics being racist and misogynist.

Aside from Pharyngula, a lot of the old atheist blogs have ended up at atheism-blogging-mega-nexus-site The Orbit. When I read its About page, it doesn’t even describe itself as an atheist blogging site at all. It says:

The Orbit is a diverse collective of atheist and nonreligious bloggers committed to social justice, within and outside the secular community. We provide a platform for writing, discussion, activism, collaboration, and community.

It’s not “blogs on atheism” anymore. It’s “blogs by atheists about social justice”. The whole atheist movement is like this.

If I had any criticisms, it’s that it’s stating the obvious. Freethoughtblogs and The Orbit were explicit in stating their shift in focus. It’s not much of an insight to say that these formerly purely atheist blogs were talking about social justice a lot, when a commitment to social justice were clearly stated goals in the founding declarations in the formation of both networks. There’s also an omission: the atheism side of the Patheos network is still going strong, and it’s much more of an assortment of old-school atheist perspectives (perhaps one of the reasons I’ve lost interest in reading anything, other than a few bright lights, from that network).

Personally, what laid down a path for my own abandonment of atheism was the “dictionary atheism” nonsense from 2008. I thought the point was obvious — here are all these people attending conferences about science, atheism, Christian over-reach, the corruption of education by dogma, religious terrorism, etc., and simultaneously saying with a straight face that atheism was only about not believing in gods. It was an exercise in self-delusion and gate-keeping. By declaring their transparently false ontological purity, they were able to deny any kind of social responsibility. It was infuriating.

But Alexander also neglects to mention the huge chasm, the original Deep Rift, that shattered the New Atheism and set many of us off looking for a better paradigm. That was, of course, “ElevatorGate”. You really can’t try to discuss the history of New Atheism without mentioning Rebecca Watson and the trivial event that yanked back the curtains and revealed that a large fraction of that atheist community were flaming, unrepentant misogynists. They stomped off to colonize YouTube largely because that medium was so friendly to screaming sexism.

Still, I think this is a smart take on what happened to the New Atheism.

I think it seamlessly merged into the modern social justice movement.

This probably comes as a surprise, seeing as how everyone else talks about how atheists are heavily affiliated with the modern anti-social justice movement. I think that’s the wrong takeaway. Sure, a lot of people who identify as atheists now are pretty critical of social justice. That’s because the only people remaining in the atheist movement are the people who didn’t participate in the mass transformation into social justice. It is no contradiction to say both “Most of the pagans you see around these days are really opposed to Christianity” and “What ever happened to all the pagans there used to be? They all became Christian.”

I don’t really like being compared to Christians in that example, but sure. I wish this weren’t the case, but the label “atheist” has been tainted by the people who still put that title first in their description, and use it to justify some hideously regressive views. Nowadays if I see some new blog or account or YouTube channel with a name like “The <fill in the blank> Atheist” (or “Skeptic”, which has become just as toxic) I tune it out because I suspect it’s going to be a shit-show. I’m still just as much an aggressive atheist as ever, but now what I want to know is…what are you going to do with your self-declared rationality?

I’d really like to know what Christianity is, then » « Breaking news: pipelines leak!