US politicians speak about “The Rule of Law” as though it’s a valuable and important thing that the US promotes and supports, not a political convenience. Recently, Trump has revealed that to be gold paint on cheap plywood, but the US has always been more interested in lip-service than reality.

On September 16, 2007, employees of Blackwater Security Consulting (now Academi), a private military company contracted by the US government to provide security services in Iraq, shot at Iraqi civilians, killing 17 and injuring 20 in Nisour Square, Baghdad, while escorting a U.S. embassy convoy. The killings outraged Iraqis and strained relations between Iraq and the United States.[4] In 2014, four Blackwater employees were tried and convicted in U.S. federal court; one of murder, and the other three of manslaughter and firearms charges. 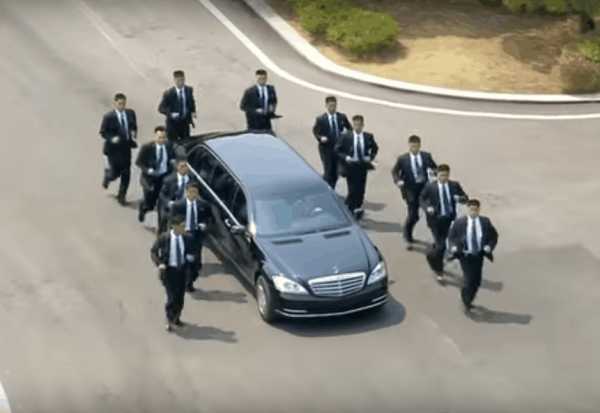 Blackwater’s hired guns were already notorious for being pushy and threatening. One of the things they apparently did frequently was they’d simply drive straight through traffic: if you were in their way, your car got hit. I can’t imagine how one could be more offensive to the civilian population of a city, unless it entailed unzipping and urinating on them as they smashed your car out of the way. Since Blackwater was used to guard Important Americans they naturally felt that they could do whatever they wanted to express the importance of their passengers.

The Blackwater guards’ account of the incident differed from that set forth in an Iraqi government account. The latter claimed that as the convoy drew close to Nisour Square, a Kia sedan with a woman and her grown son in it was approaching the square from a distance, driving slowly on the wrong side of the road, and that the driver ignored a police officer’s whistle to clear a path for the convoy. According to this account, the security team fired warning shots and then lethal fire at the Kia. They then set off stun grenades to clear the scene. Iraqi police and Iraqi Army soldiers, mistaking the stun grenades for fragmentation grenades, opened fire at the Blackwater men, to which they responded.

They fired warning shots, then lethal fire. Was the driver of the Kia particularly threatening? No. They just didn’t get out of the way fast enough. Then, they killed a bunch of cops. Naturally, they lied about what happened. I thought Blackwater hired ex-military, but apparently they hire ex-NYPD or ex-LAPD:

A State Department report stated that eight to ten attackers opened fire “from multiple nearby locations, with some aggressors dressed in civilian apparel and others in Iraqi police uniforms” 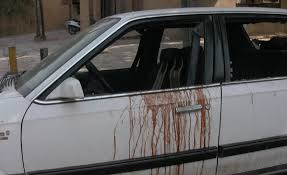 All of this because the woman didn’t get her car out of the way when the important people were coming through.

On September 27, 2007, the New York Times reported that during the chaotic incident at Nisour Square, one member of the Blackwater security team continued to fire on civilians, despite urgent cease-fire calls from colleagues. It is unclear whether the team-member mistook the civilians for insurgents. The incident was allegedly resolved only after another Blackwater contractor pointed his weapon at the man still firing and ordered him to stop.

Never mind, it does sound like they hire ex-LAPD. In fact, it sounds like they hired Lt. Calley [wik] to run the escort team. When you want to have an incompetent shit-show that causes a diplomatic incident, you can hire the very best from America’s large talent pool of sociopathic war freaks. That is, after all, who Blackwater hire: these are people who want to go get in gunfights at lopsided odds and often they mustered out of the military because they were either too violent, unpleasant, or they didn’t like the restraint that the real military tries to apply.

When the dust had settled and the bodies were buried, the US courts got busy white-washing the event.

The trial was set for early 2010, but the charges were dismissed by District Judge Ricardo Urbina, who ruled that the Justice Department had mishandled evidence and violated the guards’ constitutional rights. The disputed evidence included statements the guards were compelled to give to State Department investigators. As these statements would have been self-incriminating, they could not be used as evidence under the Fifth Amendment to the United States Constitution.

There was a lot of back-and-forth, with some judges dismissing the charges and others carrying the case forward and finding stiff sentences to the shooters. But, as the back-and-forth continued, more and more of the Blackwater goons got let off.

On April 13, 2015, federal district judge Royce C. Lamberth sentenced Slatten to life in prison and the other three guards to 30 years each. On August 4, 2017, the sentences for Heard, Liberty, and Slough were overturned and they were re-sentenced to time already served. Slatten was also ordered to at best undergo a re-trial on grounds that he should have had a separate trial.The United States Court of Appeals for the District of Columbia Circuit’s fractured per curiam decision first found that Military Extraterritorial Jurisdiction Act authorized the prosecutions, over the partial dissent of Judge Janice Rogers Brown. However, the court then found that the mandatory minimum sentences as applied to the defendants were unconstitutional cruel and unusual punishments, over the partial dissent of Judge Judith W. Rogers.

See? The wheels of justice turn slowly but once you’re caught up in them, you get ground pretty fine. But that’s the Rule Of Law for you. Nobody is exempt from justice. “Time already served” in this case means the years between the incident and the court cases finally being over. 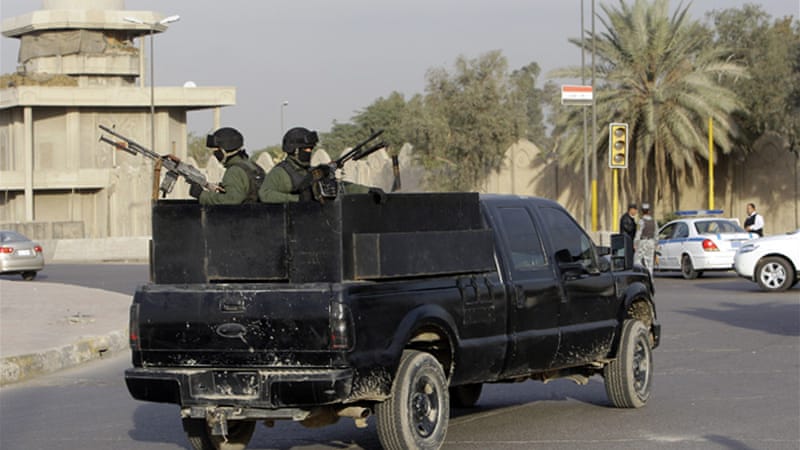 All of that brings us up to today, where, you guessed it – another federal judge has decided to dump another bucket of white-wash over the affair. Apparently 30 years is “cruel and unusual punishment” for killing an old lady and a bunch of cops. Imagine if they had killed NYPD officers or US Army troops? Oh, that’s another matter: these were only Iraqis.

A federal judge resentenced three former Blackwater Worldwide security guards Thursday, cutting by about half the prison terms imposed for the shootings of unarmed Iraqi civilians in a Baghdad traffic circle in 2007, after an appeals court found their initial 30-year sentences unconstitutionally cruel.

Personally, I am shocked. You can get a life sentence under some “three strikes and you’re out” laws, and that’s not “unconstitutionally cruel” but you can have a gun-battle with foreign cops and kill 17 people and 30 years is just unfair.

After a three-hour hearing Thursday in Washington, U.S. District Judge Royce C. Lamberth handed down prison terms of 15years for Paul A. Slough, 39, of Keller, Tex.; 14 years for Evan S. Liberty, 37, of Rochester, N.H.; and 12years and seven months for Dustin L. Heard, 38, of Maryville, Tenn., on multiple counts of manslaughter and attempted manslaughter each.

The U.S. Court of Appeals for the District of Columbia Circuit in August 2017 set aside sentences imposed after a 2014 trial, because the men’s convictions included one count of committing a felony while armed with a military weapon, a charge that carries a mandatory 30-year term.

The appeals court panel ruled that the charge, usually aimed at violent drug traffickers, had never been applied to security contractors carrying government-issued automatic weapons and explosives in a war zone, resulting in “grossly disproportionate” punishment.

What are private contractors doing with military weaponry in a foreign country? Is it legal for US civilians to drive around strapped like tactical gods, wherever they want to? Of course it is. The US negotiates “extraterritoriality” agreements, which basically say that local law does not apply – and US law hardly applies, as you can see. By the way “extraterritoriality” agreements are an old thing and a tool of imperialist colonialism invented by the British. [wik] I’m not going to drag us all through the role extraterritoriality has had in provoking violence and bloodshed in India and China, but basically, it’s a way that an imperial power can tell a local subject province, “your laws do not apply to our people in your country.” [ut]

Because the best way to respect The Rule Of Law is to fucking ignore it.

Also: I like to joke about “tactical” stuff but these bullet-headed sociopathic goons are the customers for that look. While it’s funny to mock ordinary folks who want to strut about as though they are … Blackwater mercenaries … the reality is not funny. These are some sad, disgusting, assholes. And the US has been working to clear their shameful record. If the US cared about the Rule of Law they’d have turned them over to the Iraqis: “here are your cop-killers.”

9/11 » « About Those Taliban Negotiations