Some review: Puerto Rico is a US “territory” rather than a state because the people there are brown and it was obvious at the time that keeping them from voting was important. I’ll spare you all the recap, but the entire reason that Puerto Rico is a “territory” is racism and colonialism. Congress used the word “territory” because “colony” was starting to smell bad, and they came up with a dodge on the voting: Puerto Ricans can’t vote in the national vote unless they emigrate to the mainland and vote there. Naturally, they aren’t exactly welcome there, either, but the recent hurricane has caused migration, so the political entities on the mainland are reacting to the influx of brown people.

Georgia has been requiring Puerto Rican natives seeking Georgia driver’s licenses to answer a special set of questions such as “identifying ‘what a meat filled with plantain fritter’ is called; where a specific beach is located; and ‘the name of the frog [that is] native only to PR,'” according to a lawsuit filed this week.

A meat filled with plantain fritter is called a “fuck you, redneck.” I believe the frog is also of genus Vilis Redneck.

The allegations in the complaint, filed in federal court in Atlanta against two top officials at the state’s Department of Driver Services (DDS), suggest that Georgia is singling out Puerto Ricans for questions that resemble the literacy tests used to deny voter registration to African Americans in the Jim Crow South. Without driver’s licenses, Puerto Ricans moving to Georgia will struggle to find jobs and cast a ballot, where a photo ID is required to vote. A growing number of Puerto Ricans continue to leave the island, which has been devastated in recent years by hurricanes and economic crisis, for better opportunities in states like Georgia. 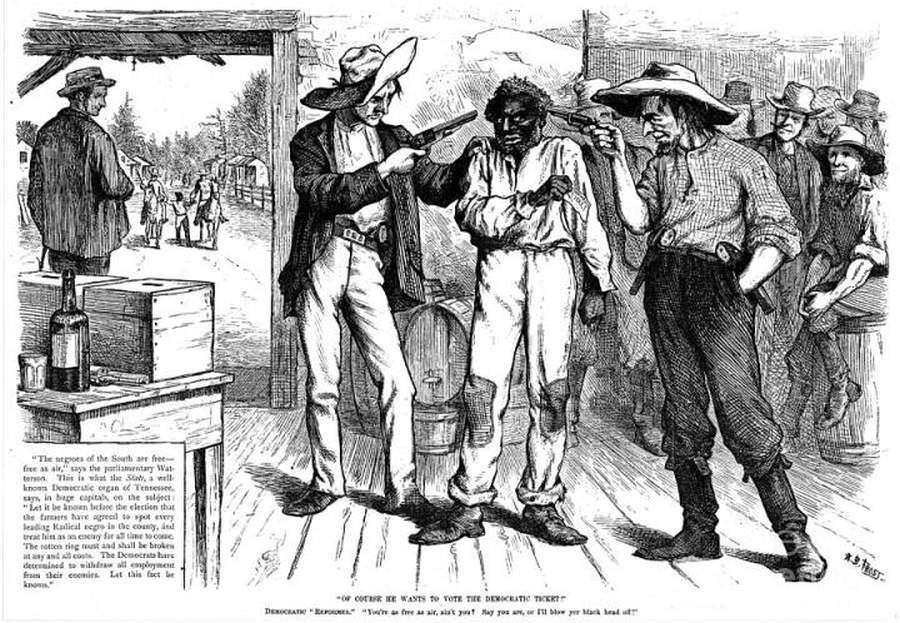 “Of course we wants you to vote the Democratic ticket”

The US is not serious about the integrity of its elections, if things like this and gerrymandering are even possible, let alone tolerated. The entire system, with districted voting, etc., is designed to be rigged. If the US wanted less riggable elections, it would be “one person one vote” at a per-state level, and the national election would be at a national level. Nowadays, we have the technology to do that, but instead you’ve got things like the state of Georgia, Florida, or North Carolina buying their own voting machines that have all kinds of operational “problems” – it’s a travesty when they scream “Russians may have gotten into the voting system!!” You’ve already got rednecks in the voting system. Computer security experts have been pointing out the flaws in those systems for over a decade and it’s as if they just don’t care … or they’re waiting for another Bush V Gore where instead of “hanging chads” it’s “Russians.”

The system is shit by design.

Uncommon Sense: The New Deal » « What the Fucked Is Starting to Look Like