When the New Deal was over, capitalism remained intact. 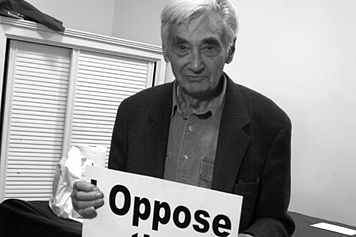 The rich still controlled the nation’s wealth, as well as its laws, police, newspapers, churches, colleges. Enough help had been given to enough people to make Roosevelt a hero to millions, but the same system that had brought depression and crisis – the system of waste, of inequality, of concern for profit over human need – remained.

The last 100 years of US history appear to me to be a period of great clawing-back. The capitalists, who bitterly resented having to negotiate with workers, did everything they could to destroy unions politically and legally. Meanwhile, the rich systematically bought up the media so that they could control the narrative by owning it. Attempts at racial, sexual, and social equality have been opposed quite effectively at every turn. Capitalism wants to return the US to its “good old days” as they were just before the civil war.

Roof and Walls » « Sherman Was Too Nice