My friend Jenna K. sent me a package, when she saw that I was casting silver.

Don’t worry, she’s not a serial killer. She’s a mortician. I believe that the pieces are from a deer. Anyhow, I’m going to have some fun seeing if I can cast a few of them in bronze. The spinal piece on the right looks like a wingnut and I wonder if it could be altered (with some clay in the center) to make a topper for a knife. It’s time to break out some small casting-frames, some clay, and some silicone! 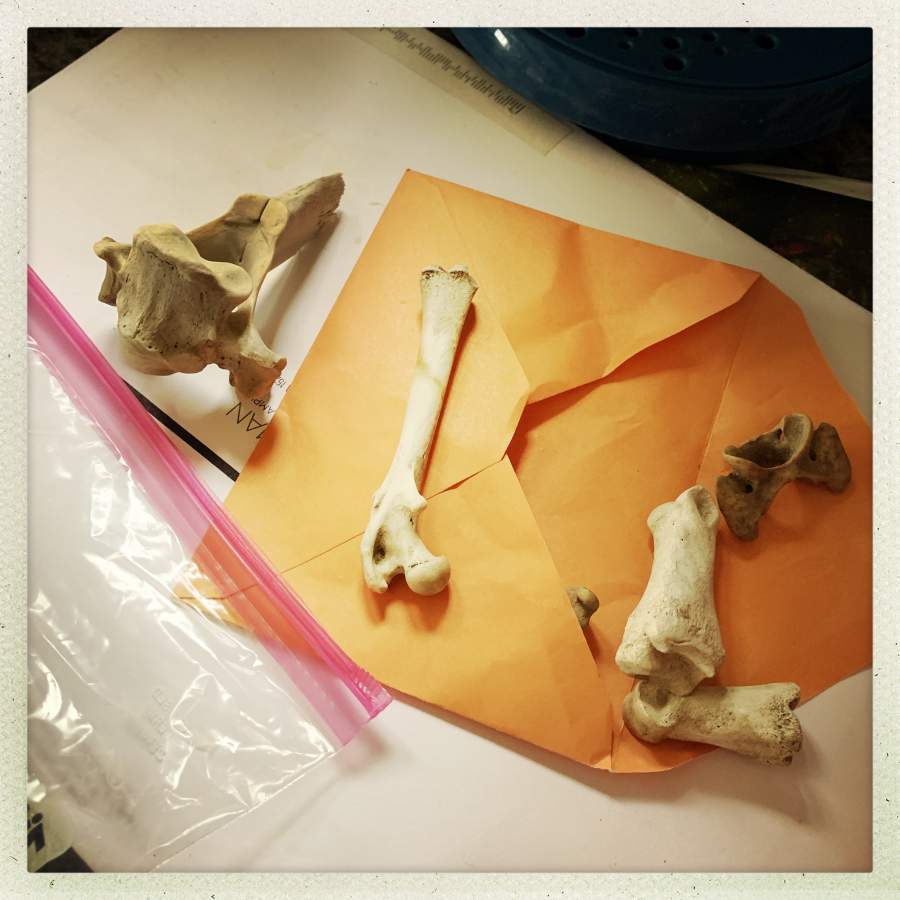 This is what the silver corvid’s skull looks like once it’s been polished a bit by hand. A buffer would have gotten it shinier, but buffers are scary. Perhaps I’ll buff the next one. 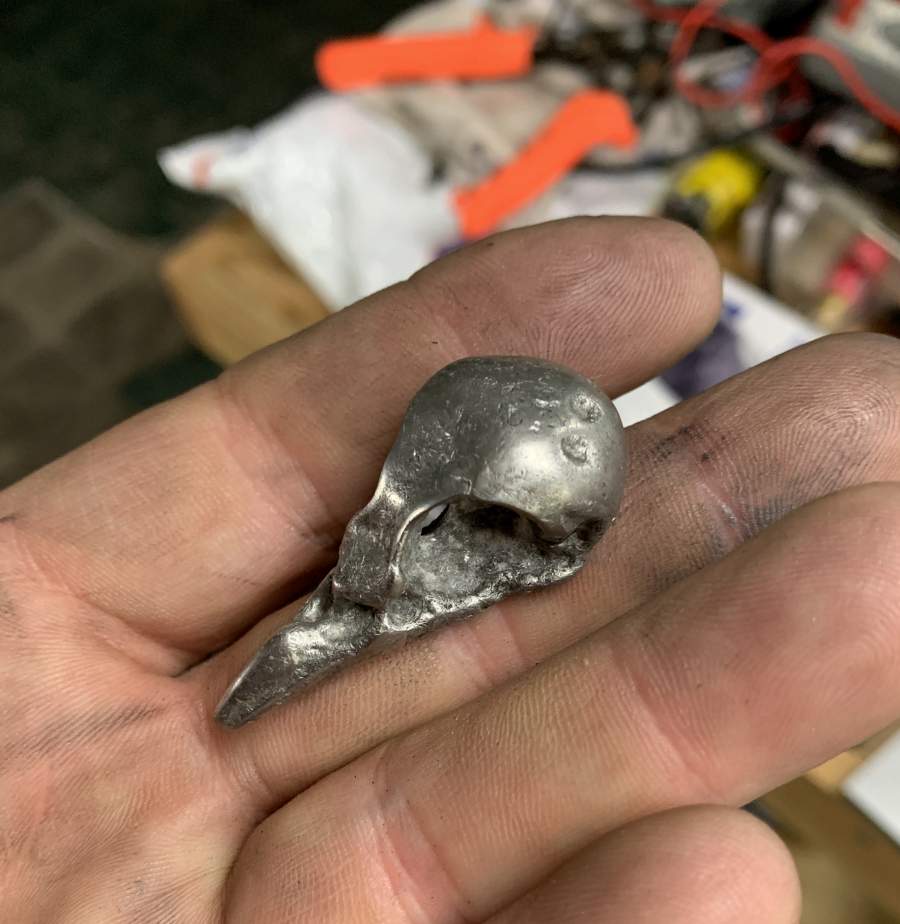 Meanwhile, on the counter-top, ready to be turned into an investment mold, are some wax knuckles. I think bronze is too close to brass so I’ll probably go with pewter (I have plenty of tin) instead of pure silver. If I cast them in gold, do you think I could sell them to rappers or venture capitalists?

When I get the new shop (mostly) built, I plan to build a casting-table (instead of a couch) with a vacuum system. That way I can try larger pieces suitable for knife parts.