Have you ever shoveled out a manure pile? I have. Here’s what it feels like: under the shit, there’s more shit. And under that shit, guess what’s there? If you guessed “more shit” you’re right. Even the dirt under a manure pile becomes so infused that it’s hard to tell where the manure pile stops and the planetary core begins.

That is how I feel about the actions of governments. All of them. I know I’m painting with a broad brush, but – damn – these people are sneaky and disgusting and they’re going to get everyone killed. They’re well on their way to doing so, but guess what? They’re lying about that, too.

Like most of us, I’m familiar with the Kyoto Accords (which everyone ignored, especially the US) and the Paris Accords which tried to put a more solid footing under the basic carbon reductions called for in Kyoto. And, you’re probably aware that nihilistic asshat Donald Trump withdrew the US from the Paris Accords in a stunning display of how authoritarian unilateralism works. Like most of us I initially accepted that the reason the US withdrew from the Paris Accord was Trumpian randomness, but it got me wondering so I grabbed my shovel and dug under a bit of the shit. Now, I kind of wish I hadn’t done that, but I have to admit I am not hugely surprised at what I found under there. 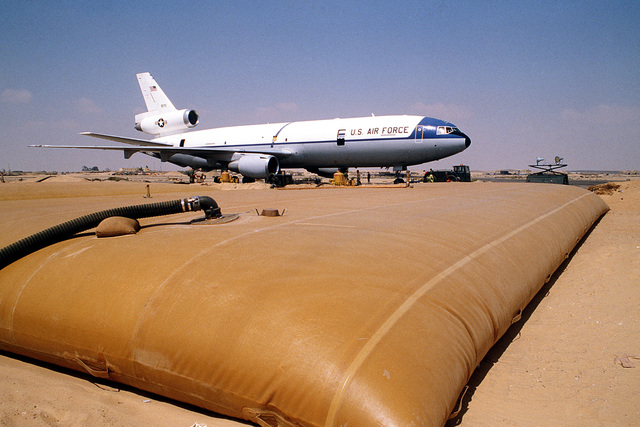 I have been curious lately about the US military’s carbon footprint. It’s a thing I bumped up against when I was researching the quantity of fuel the US provided Saudi Arabia so they could launch airstrikes against largely defenseless targets [stderr] – perhaps you may recall:

“about 54 million pounds of fuel off-loaded in support of Saudi operations in Yemen,”

The US military is the single largest organizational consumer of oil in the world. Basically, they burn fuel like it’s going out of style. Technically, I suppose it is going out of style. But you wouldn’t know it if you were watching the US military. Military gear is some of the least efficient stuff around, because it’s optimized for performance regardless of cost. For example, a 747 burns 1 gal/second, in typical cruise. A 747 burns about the same amount of fuel going New York to London as an F-22 burns in an hour flying around at an air show. It’s hard to compare fairly against a military jet, because some military jets have afterburners and those increase fuel consumption 30% to 50%, and the fuel consumption of a military jet is already high. The Air Force is trying to see if it can refit its B-52s with more efficient engines (at monstrous cost) [dr] – the Air Force likes to report its aircraft operating costs in $/hr and they factor fuel into it, so for a B-52 that costs $70,000/hr to fly, how much is it gobbling per second? Lots. It’s not that they’re that much more inefficient, it’s that their purpose is questionable. One can argue that the 747 full of passengers might be valuable economic activity; what is the B-52 doing?

By all means, enjoy your air shows come July 4, America. 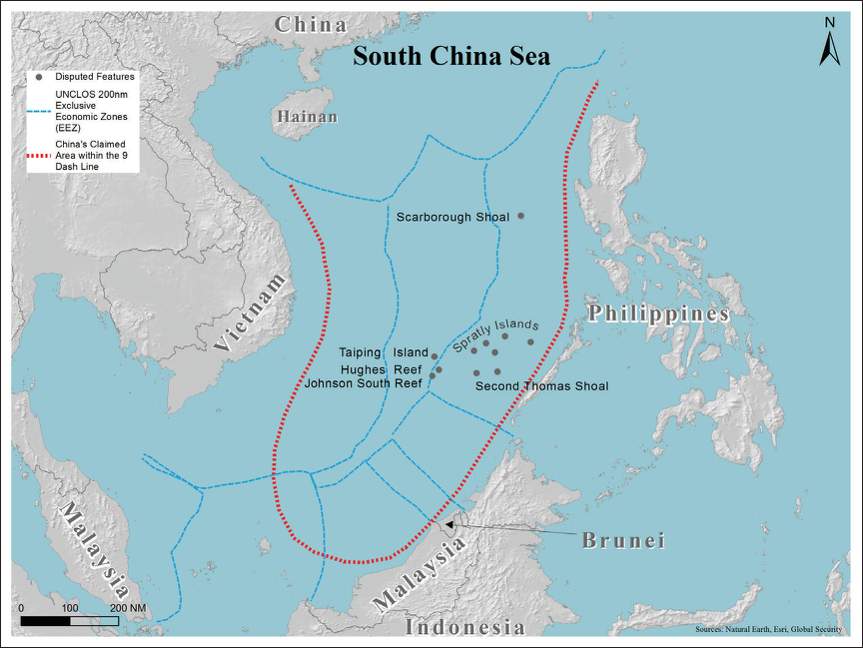 Another comparison I was trying to look up was the fuel cost of a “freedom of navigation exercise.” These exercises consist of a couple of Arleigh Burke-class destroyers (Aegis missile boats) cruising a loop through the area. Let’s say 2 Burkes going 1000 nautical miles for a total of 2000. A Burke burns a minimum of 2000gal/hr – much more when they are going fast – but a back of the envelope calculation tells me that a cruise like that is around 40 hours. So, that’s a bunch of fuel expended in the cause of keeping the seas free.

It’s so wasteful and it’s so utterly pointless. And, of course, under the shit, there’s more shit: congress unfailingly supports this kind of activity. Sure, there have been a few (widely publicized) congress-people who push back against the war economy, but that’s generally only when a camera is running.

Elizabeth Warren, for example, just wants to make sure that the military has all the money it wants, in case rising seas mess up a base or two, or waterlog some F-22s at a cost of billions: [reuters]

“Let’s save money by budgeting for climate change on the front end, so that the Pentagon doesn’t have to ask for more only after a base is flooded or equipment damaged when natural disasters strike,” Warren said.

Giving the pentagon more money is a fool’s game; they don’t even have an idea where they are spending it all. The only thing they know is that they need more. Warren is a fool if she doesn’t realize that giving the military budget for climate change in advance of a problem just means they’re going to build more bases that will have more problems. What does Warren think they’re going to do, set aside the money in a contingency fund that nobody will touch? Spend the money strategically, or have a great big bonfire of $100 bills? Oh, they’d love that since a bonfire would directly convert cash into CO2.

So, I was thinking that maybe there was a relationship between the carbon footprint of the US military, and the Trump administration’s withdrawal from the Paris Accord. That seems awfully cynical, though, doesn’t it? But it turns out that when the Kyoto and Paris Accords were drawn up, the US exempted its military from counting against its carbon footprint. In other words, the whole accord was turned into a sham, immediately, by the US government as it unilaterally decided that the largest oil-consuming organization on Earth didn’t count. [newrep] It’d be as if I established a calorie-reduced diet so I can lose some weight, and exempted ice cream and pizza from the calculations, because, well, they throw the diet totally off.

It’s not possible to get an idea what that footprint looks like because, probably, the pentagon has no idea and neither does anyone else:

According to Department of Defense figures, the U.S. army emitted more than 70m tonnes of CO2 equivalent per year in 2014. But the figure omits facilities including hundreds of military bases overseas, as well as equipment and vehicles.

I suppose that, in terms of humanity’s output, that’s a drop in the bucket. But it’s something to think about when the US says “China is cheating” – sure, they probably are, but we pretty carefully defined what “cheating” is, in this context. What a great big scam; everybody is cheating. And the US has made it pretty clear that it plans to blow right past its commitments to reduce CO2 – they expect CO2 emissions to keep going up for the next 50 years. Which, coincidentally, translates into “after we’re dead and comfortably buried” or perhaps “after it’s thoroughly too late and we can say ‘hey, look at this doomsday scenario that just dropped into our laps.'” [eia]

Based on preliminary data, total U.S. energy consumption in 2018 will be just 0.4% below the record set in 2007. Relatively high energy consumption is attributable largely to changes in the weather: last year was very warm, and U.S. population-weighted cooling degree days (CDD, an indicator of air-conditioning demand) hit a new record in 2018.

In other words: now that we are starting to bake, we’re going to burn fossil fuels to power our air conditioners. Way to go, humans! We are insignificantly below a record high set a decade ago.

I’m going to go out on a limb, now, and drop something idealistic. This is a proposal I’ve floated elsewhere, and everyone just responds “that’s too idealistic.” I agree with that – it is. But I don’t think it’s any more idealistic than any of the other proposals I’ve heard regarding global climate change, except for the proposals that amount to “trust the government, they’ve got this” or “let the invisible hand of the market sort it out.” After all, when someone promotes something like “cap and trade” they are basically praying the invisible hand of the market will save us. So let’s be idealistic: stop war. If every country on earth stopped spending money on its military for 20 years, we’d have enough money (and interestingly, it’s proportional to who’s the worst CO2 emitters) to re-tool economies for green energy. The conversation around climate change is – far too often – deflected by pseudo-concerns over cost. US politicians constantly pretend to be worried about cost, but they never seem to lack money for the military. I consider all “concerns” about budget that do not address the run-away military budget to be false; it’s just a pose to attempt to deflect discussion.

The US population is relentlessly propagandized by its military, and is saddled with a government that works for corporations, not the people. A large mass of the people have been rendered numb and mute and the politicians pursue their own squabbles and careers, only a tiny handful are worried about the obvious fact that the sky is falling. The rest are full of excuses.

If the nations of the world agreed to stop spending money on their militaries, and to stop spending money on combat operations/stationing troops abroad, etc., it would be a massive disruption of everyone’s economies and that is what we need. Instead of spending that kind of gigantic money on killing eachother, let’s spend it on green infrastructure. Just for 20 years. Business as usual is what is bringing humanity face to face with extinction. A response to the coming disaster that embraces nationalism as part of its solution is going to be ineffective. It’s probably already too late but humanity should meet this challenge with its best foot forward – “united we stand, divided we fall” and all that. 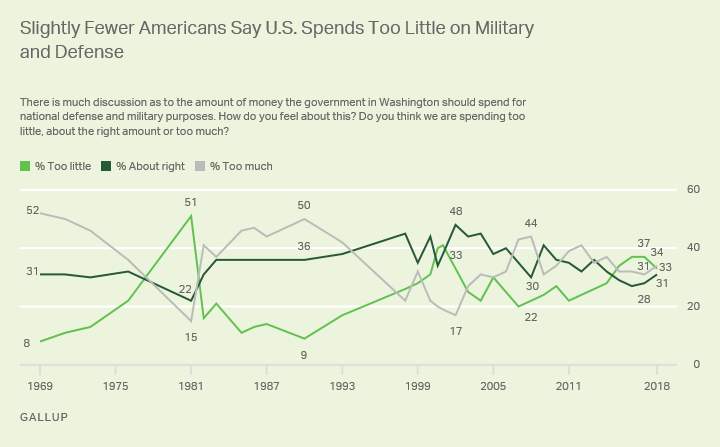 At this point, I feel like it’s just as idealistic and naive to expect humanity’s leadership to not fuck things up, as it is to expect humanity to stop warring on itself for a measly 20 years. You want to talk about naive idealism? Expecting Donald Trump, Nigel Farage, Nancy Pelosi, Vladimir Putin, etc to produce anything that’s not an utter clusterfuck – that’s naive idealism, right there.

Another possibility is that the “great filter” that wipes out technological civilizations is their parasite-load of politicians, and we’re at the point where the wheels come off the pram. I think that’s somewhat more likely than that all the clowns running this show are going to cooperate for the duration of the crisis.