We’re making the sword-blades out of wire rope, with a twist. 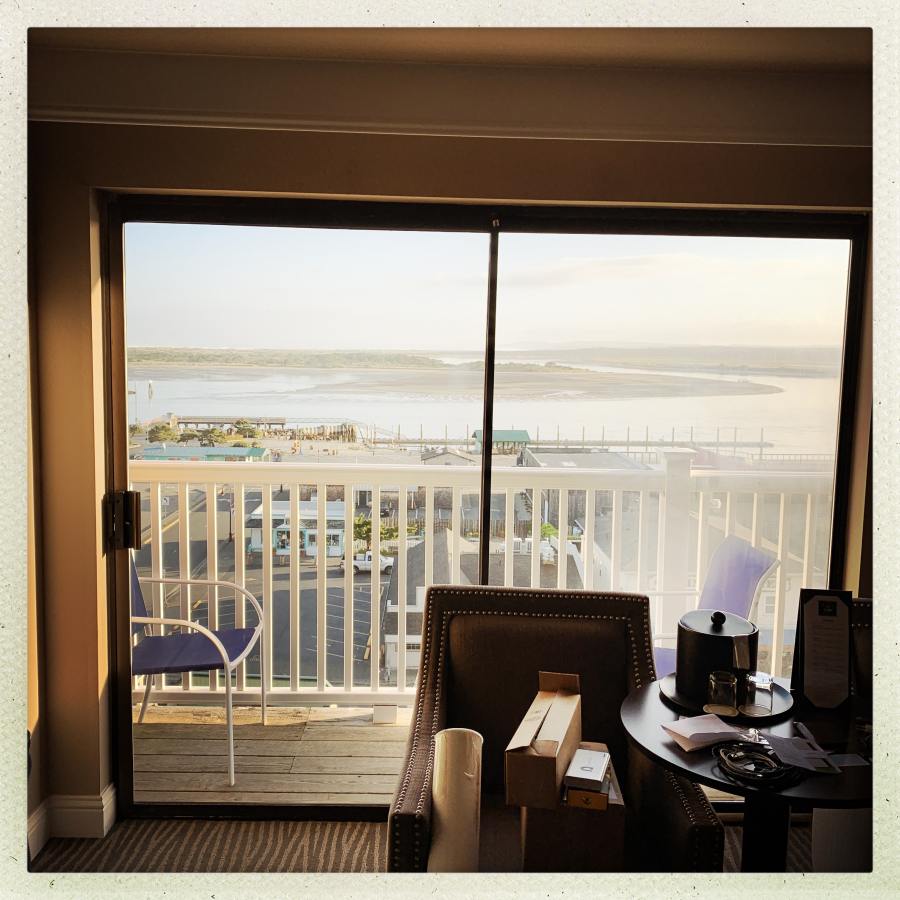 It was a long drive to two long flights, followed by a long drive from Portland to Bandon. I woke up to a beautiful morning and a great view. Right below my window is a place called the Minute Cafe which has solid breakfasts; I start my official day with a hot shower, pull my grubby work clothes on, then head down for pancakes and coffee. Then it’s into the truck to Dragonfly Forge, up the crazy driveway and the place looks the same. That’s immensely comforting for some reason.

Then, it was good to re-connect with a friend. Sampson is doing just fine. So is Sensei Bell, and Gabriel, and everyone else. 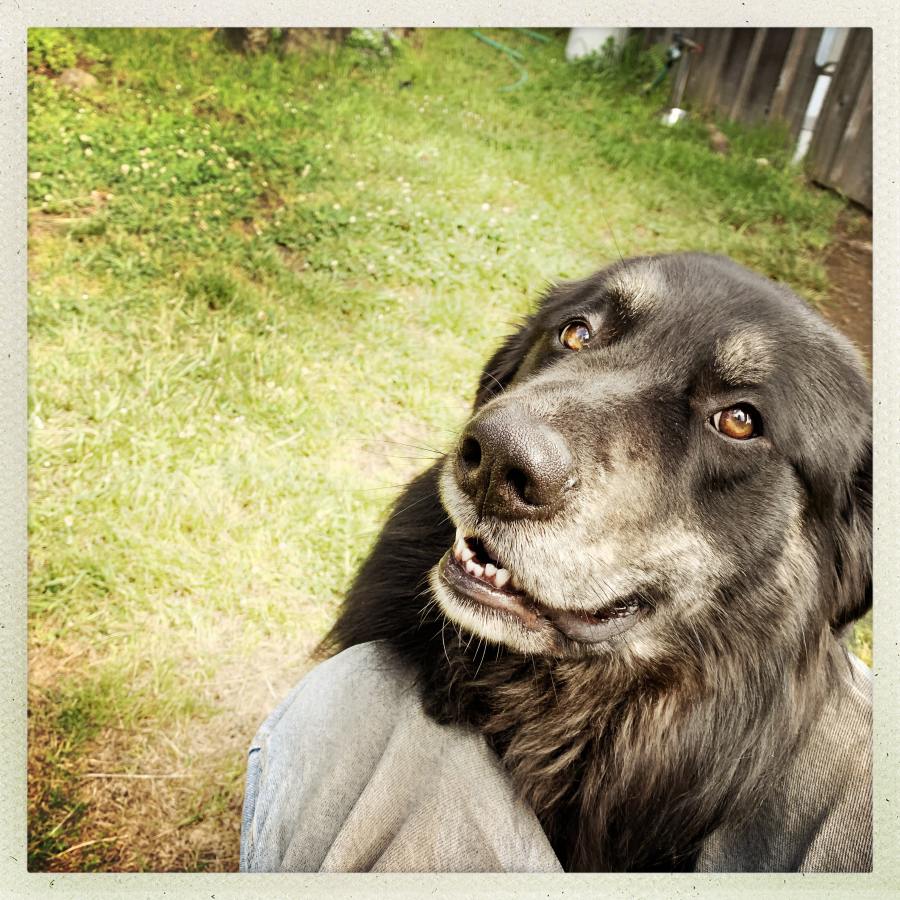 We did introductions all around, then show and tell and coffee. A nice thing about a more experienced class is that we all know when to hurry and when not to, and there was a lot less nervousness.

Starting with a length of wire rope, welded into a bar, the bar is cut in half then one piece is placed in a vise while it’s at welding temperature, and given a pretty good number of twists. I did not keep count but it was something like 15 revolutions on mine. The idea is that the bars will have a different inner structure in the damascus, and the blade will be formed with the more twisted metal on the edge and the less twisted metal on the back. The difference ought to be cool and subtle. It won’t make much difference to the strength or appearance of the sword, if my guess, but it’s a good bit of practice.

I didn’t even bother to photograph the process of welding down the wire rope because we’ve all seen that many times before. 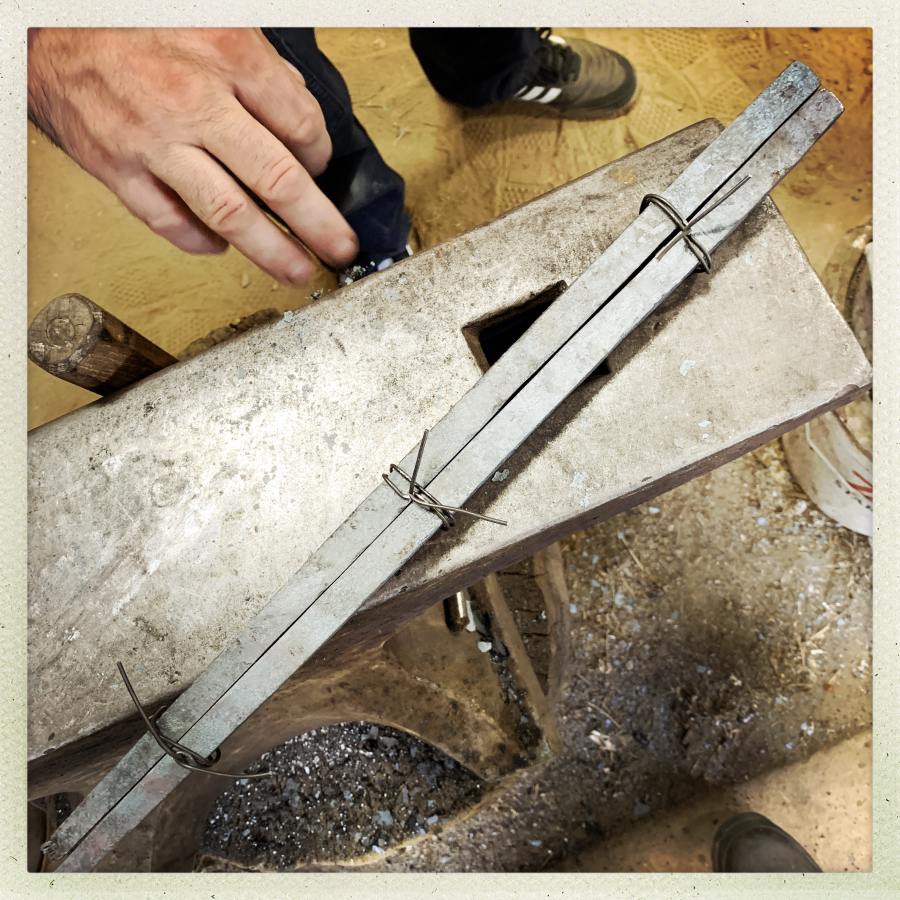 The sticks are loosely wired together so they won’t go walkies until they’ve been heated up and whacked with a hammer. Where the surfaces touch has been surface-ground with an angle grinder so the metal is nice and clean and toothy (all the better to weld you with, dearie!) By now this part of the process is comfortable; all the other students in the class have done this before and we casually chatted while taking turns working with metal in the forge. There’s not enough room for everyone to work at once so the pace is slower, which is good: you can learn by watching others, then doing yourself.

Since last time I was there, Dragonfly Forge has added a 25t Coal Iron forging press like mine (in a utilitarian gray) so a lot of the work was done on the press. I’m an experienced press operator and have more time on my press than anyone else, so this part is easy. Where I know I’m going to be in hell is when it comes to the long stints of hammering. I don’t hammer much. 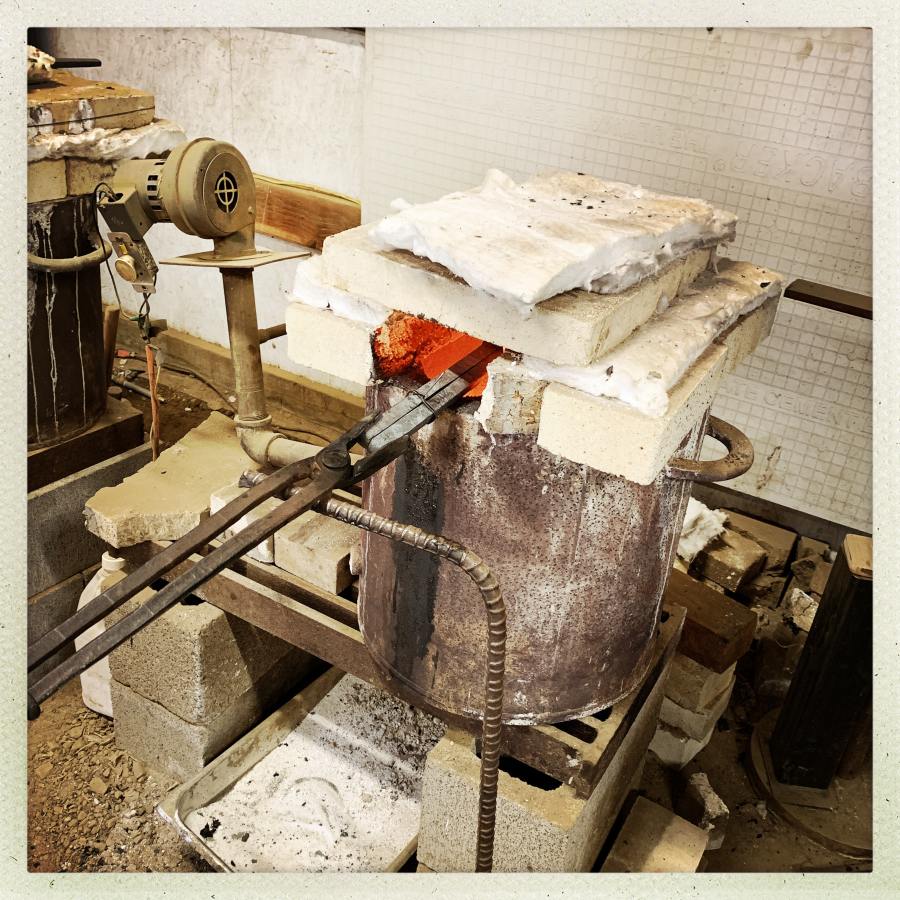 The way the tools and machinery is laid out at Dragonfly is based on how the forge evolved. It’s also based on the idea that there may be several people working at once. So the layout is very different from my set-up at home, which is completely designed so I can stand still and everything is within reach in a circle around me. There’s a lot of careful moving around holding pieces of yellow hot metal. At one point Gabriel is going behind me and says “hot stuff behind you” so I reply, “thank you sweetheart.” That gets a laugh. Later someone says “hammer time” and one of the guys does a bit of woobly-knee dancing. We’re all about the same age range. Michael Bell has an apprentice, Miles, who’s 19, who is paying his way by working around the building – he’s the youngest person there.

After rotating through the group and welding, pressing, and hammering, we’ve each got a bar that’s a bit shorter than the blade will be, and a whole lot thicker and narrower. We spend a while discussing blade lengths and geometries and call it a day at that point.

Day 2, we will be discussing blade geometries and figuring out what each of us is trying to make. I’ll be going for a nanbokuchō-style blade, which is a heavy-looking wider and thinner blade that is mildly reminiscent of a napoleonic hussar’s sabre. It’s a good geometry for a headsman’s sword and, the way things are going in Washington, those may come in handy. The thinner blade cuts well, and the wider edges give it a lot of supporting strength behind the edge. 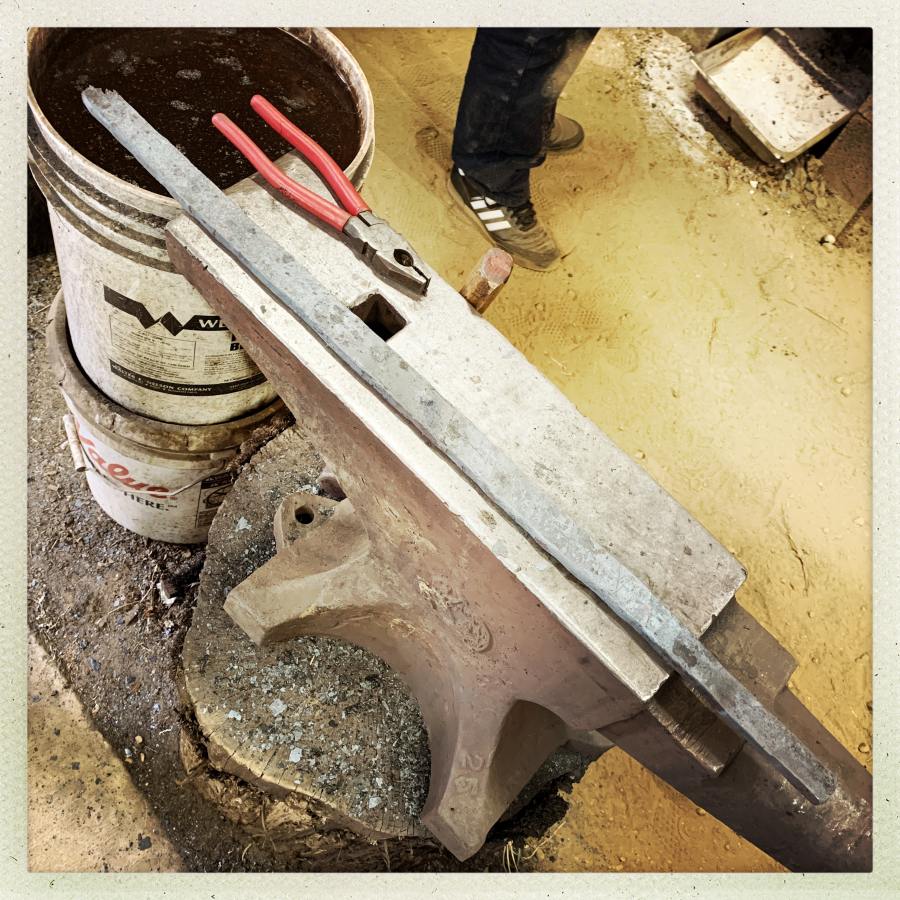 I have already lost track of which part of the bar has the more severe twisting. First thing this morning I’ll surface grind an area and etch it in acid so I can see where the twisting is.