I’m going to engage in some mild “whatabout”ism regarding our (my?) reaction to the fire in Paris.

Dropping canisters of high explosive onto other people’s holy spots and cultural artifacts is “business as usual” for homo sapiens. Can I say “at least what happened in Paris was an accident?”

A little research tells me that Raqqa, which the US and its allies pretty much bombed flat, had around 60 mosques that were damaged or destroyed, including the Al Quadim (great mosque) and a bunch of churches. There was another famous mosque in Mosul, the Al Nouri, which was also blown up. 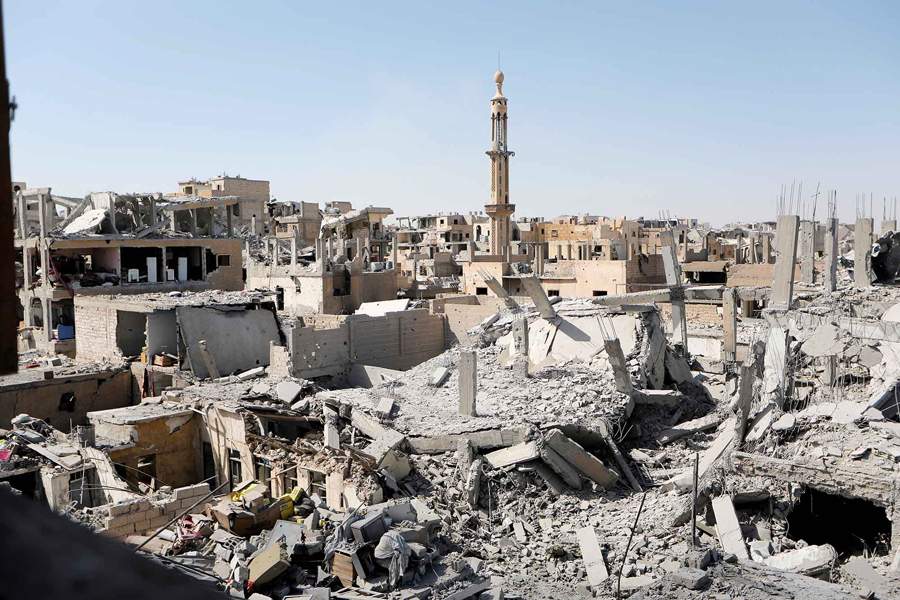 It seems, in other words, that these holy places are not loved by the gods. Or, too often, they are hated by other believers.

According to Wikipedia, there are 190+ churches in Paris, and doubtless a few mosques as well. Well, at least they’re not as bad a waste of space as golf. 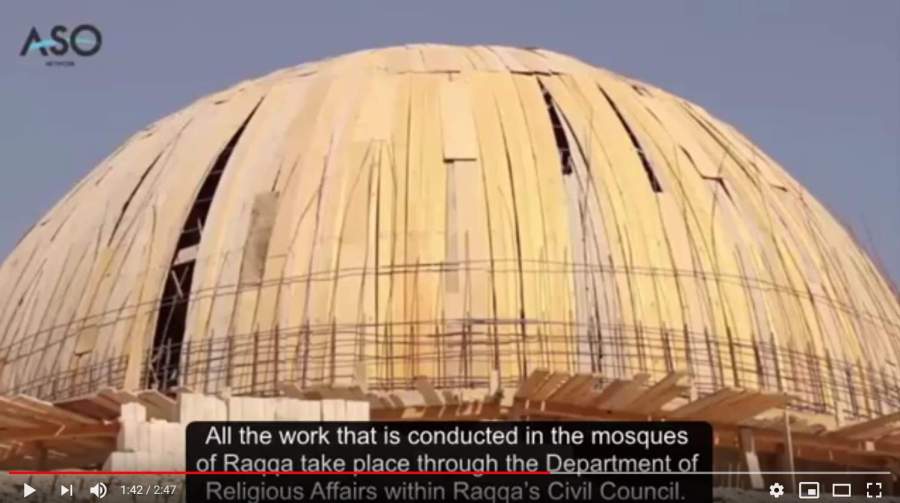 That looks like a heck of a lot of unpleasant hard work. It appears that they’re rebuilding the dome out of steel-reinforced concrete, which is probably a good idea given the amount of high explosive that gets aimed at mosques in the middle east nowadays. It occurs to me that rebuilding your mosque or temple or church from battle-damage is probably the other characteristic thing one does with one’s temple aside from weddings and the occasional ceremony. As someone pointed out, Notre Dame was under construction or some form of repair for 800 years. That stacks up at par with the Hagia Sophia or Acropolis.

Upon review, I realize that I did not make the connection adequately clear: France’s reaction to the terror attack in Paris of Nov, 2015, was to bomb Raqqa [nyt] – a city full of civilians, just like Paris. I don’t know if the French air strikes hit any mosques; I’m sure the French would claim they were precision strikes that only hit military targets, amirite? As of this morning over $1bn in reconstruction aid has been pledged for Notre Dame, I have no idea how much has been raised to repair the mosques in Mosul and Raqqa.

I hope this does not trigger shouts of “TOO SOON!” but this caption gave me a well-needed laugh yesterday. Maybe my sense of humor needs renovation, too. This is from The Guardian: 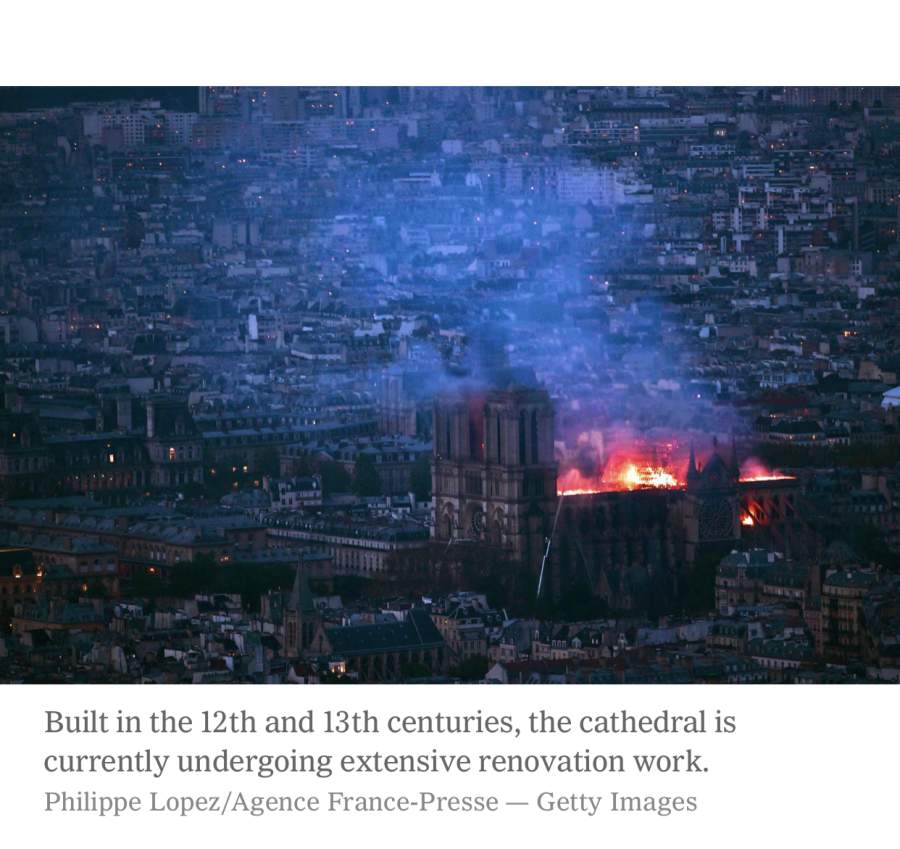