As I mentioned [stderr] my first attempt at feather damascus was a bust, and left me with a half-split half-welded block of many-layered metal. Some gears in my subconscious clicked and  I realized there was some symbolism there in the metal.

Kestrel’s a much better artist than I am, and rendered for me a copy of a heart drawn in the style of Caine.

I heated the chunk of steel and mashed it flat(ter) and kind of evened it up, then spray-primered it, cut out the heart-shape, traced the outline, and cut it from the bar. 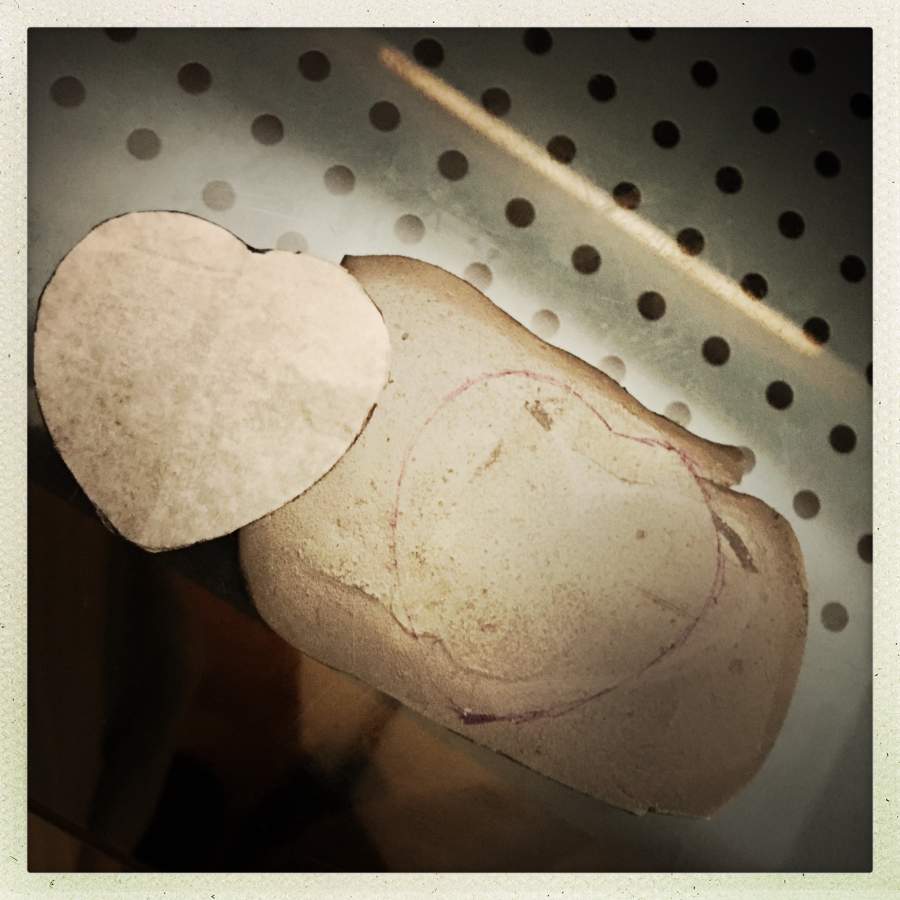 I did not manage to take any photos of the shape-cutting process, because it was messy and didn’t look like much – I cut the edges with a cutoff wheel in an angle grinder, and kept cutting them closer and closer until I could switch to a grinder wheel.

Getting the notch at the top was a pain; I had to shape it in with a grinder wheel and I needed to be careful not to hit the other side and gouge a chunk out of it. 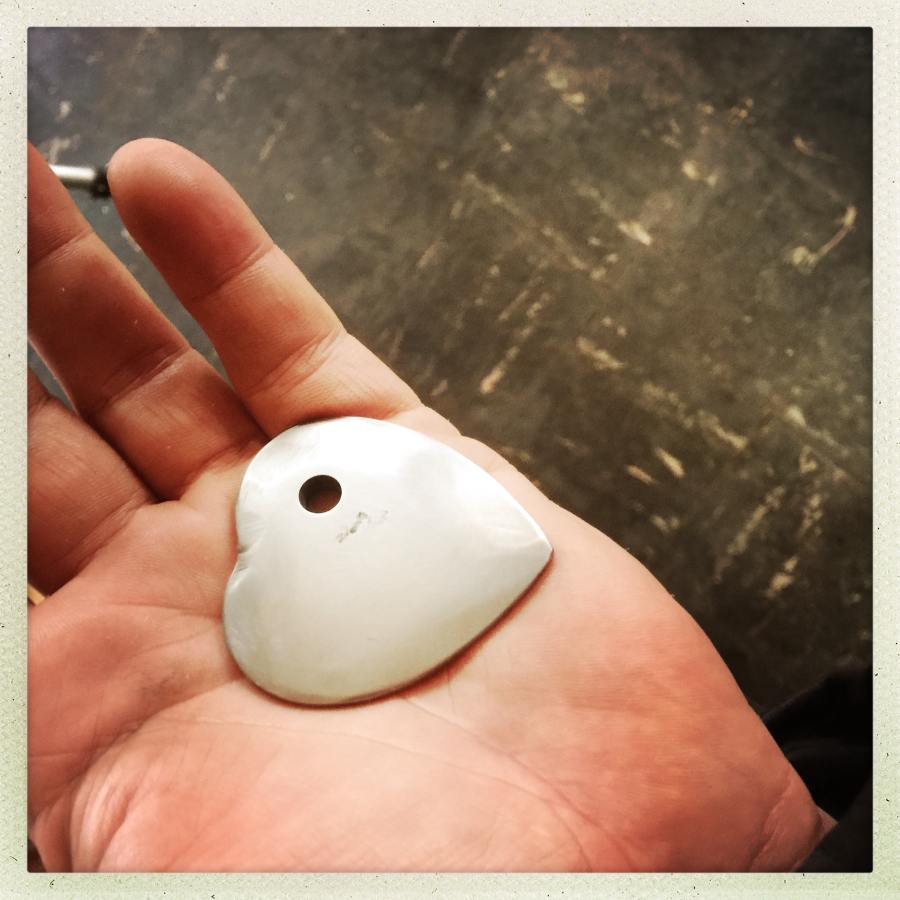 To make the hole, I used an endmill on the Bridgeport. Unfortunately, somewhere in the process of all the whacking and cutting and grinding, the steel had work-hardened considerably. The first mill snapped so I made a little hot-spot with the oxy/acetylene torch, then it cut fine.

From there on, it was a matter of fine-shaping and finishing. On and off for the next week, whenever I wanted to pick up something to work on, it was right there, so I refined it a little bit at a time. When the shape was where I wanted it, I began polishing it with successively finer grits, starting at 80-grit (cutting to shape) then jumping to 120-grit, 400-grit, 600-grit, and finally 1000-grit hand polishing. The details up by the notch required the old “piece of sandpaper wrapped around a popsicle stick” technique for awkward surfaces. 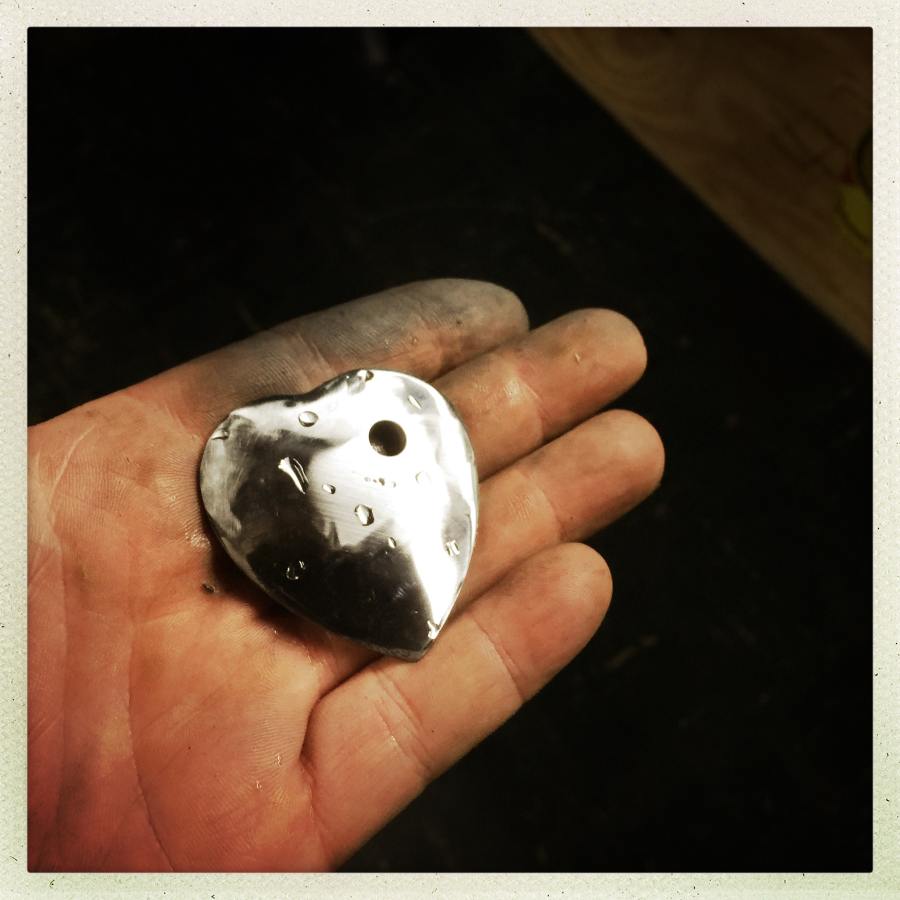 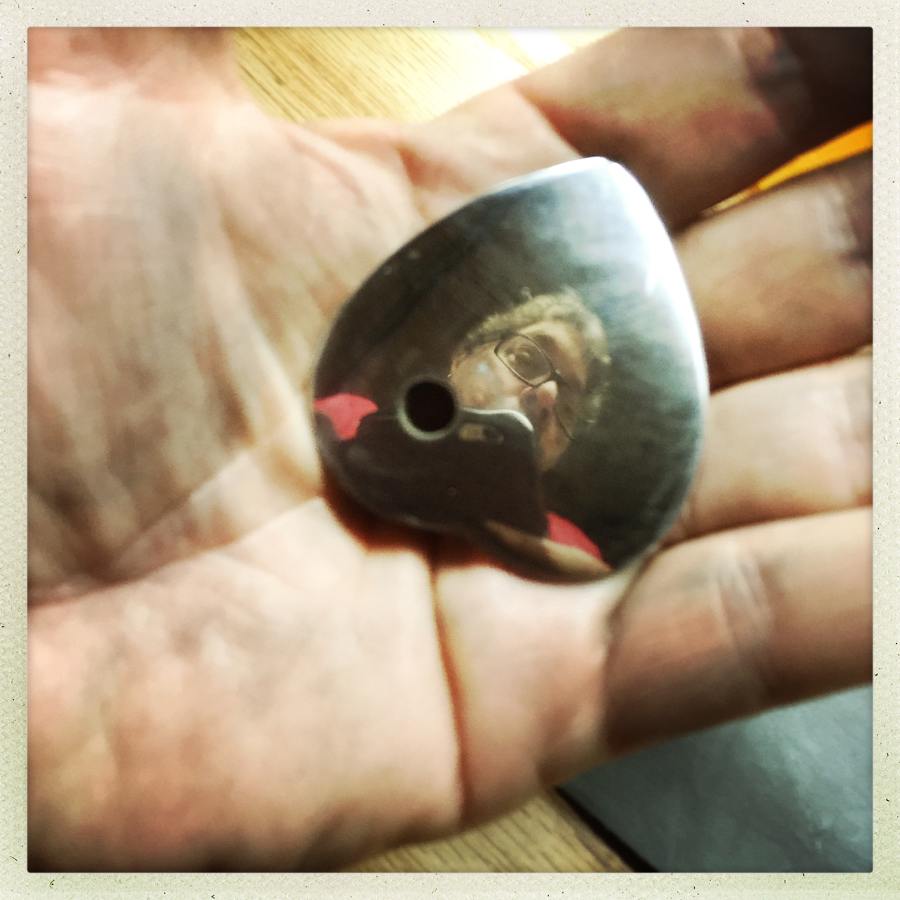 Then, at 1000-grit it’s ready to etch. Because I wanted to watch it carefully – it is about as exciting as paint drying – I took it home and hung it through the convenient hole, in a mug of ferric chloride. 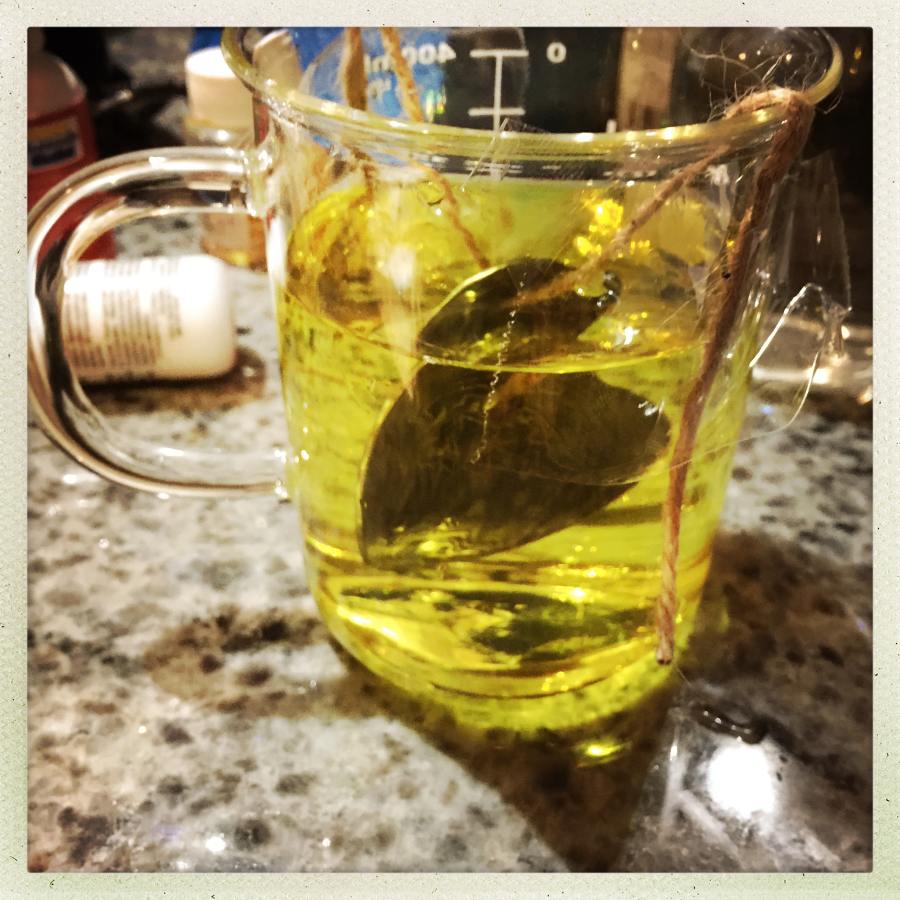 Some of my friends are into doing all sorts of weird things to color the metal; they swear by rubbing mustard on a work-piece, or whatever. I try to think about the underlying reaction (vinegar in the mustard) but it’s fun to play around. This brownish tint was a result of letting it sit in boiling coffee for an hour. “erasing” a finish is simple; just steel wool it or drop it back in the ferric chloride. 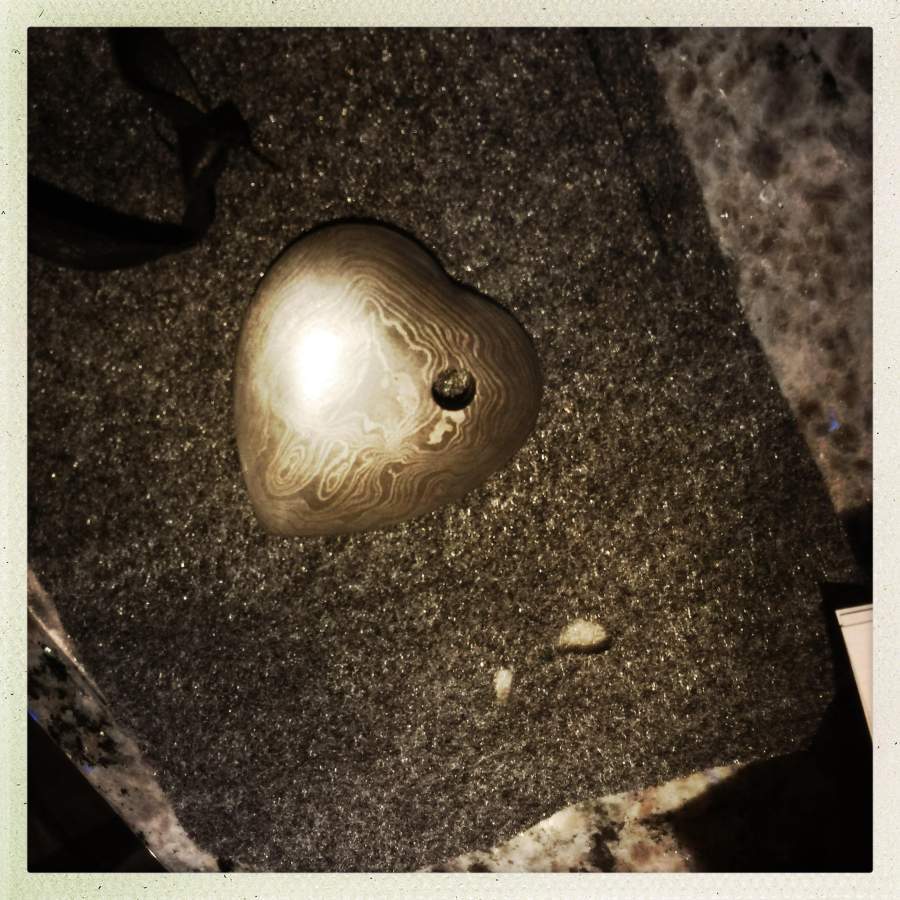 I made a little felt bag for it out of some scraps, packed it up, and mailed it off to Kestrel. From there, the story is hers to tell.

I call these things “goobies”. FYI.

During the grinding and polishing, the steel got heat-cycled and cooled many times, so it is quite hard. It’s not hard enough that it risks shattering; it’s just tough as can be.

Pointless Guards » « They Got A What?!