I’ve been slowly noodling my way through a project, in which I am trying to make some large ornaments, using the water-jet CNC machine at the fabricators’ in Clearfield. It came to me when I was watching Michaelcthulhu make giant swords, and thought, “No, but a giant sword-guard would be kind of neat!”

My next thought was “I am probably going to regret this.” When I was assembling the steel for my post-vise stand, I also wound up with two 1/4″ thick 36″x26″ steel plates. If I eventually electro-oxidize them black, so they’re more weatherproof, they’d be just the sort of thing to have hanging around my shop, like a sort of giant gong. It’ll be a bit heavy to carry as a shield, I guess about 40lb.

One of the features in Inkscape is “trace a bitmap” – a fantastic capability for a piece of free software – and I’ve played around with it fairly extensively. The main trick seems to be to start with a cleaned-up image; it took me a couple of tries to figure that out. So, you bring the image into photoshop and go from this: 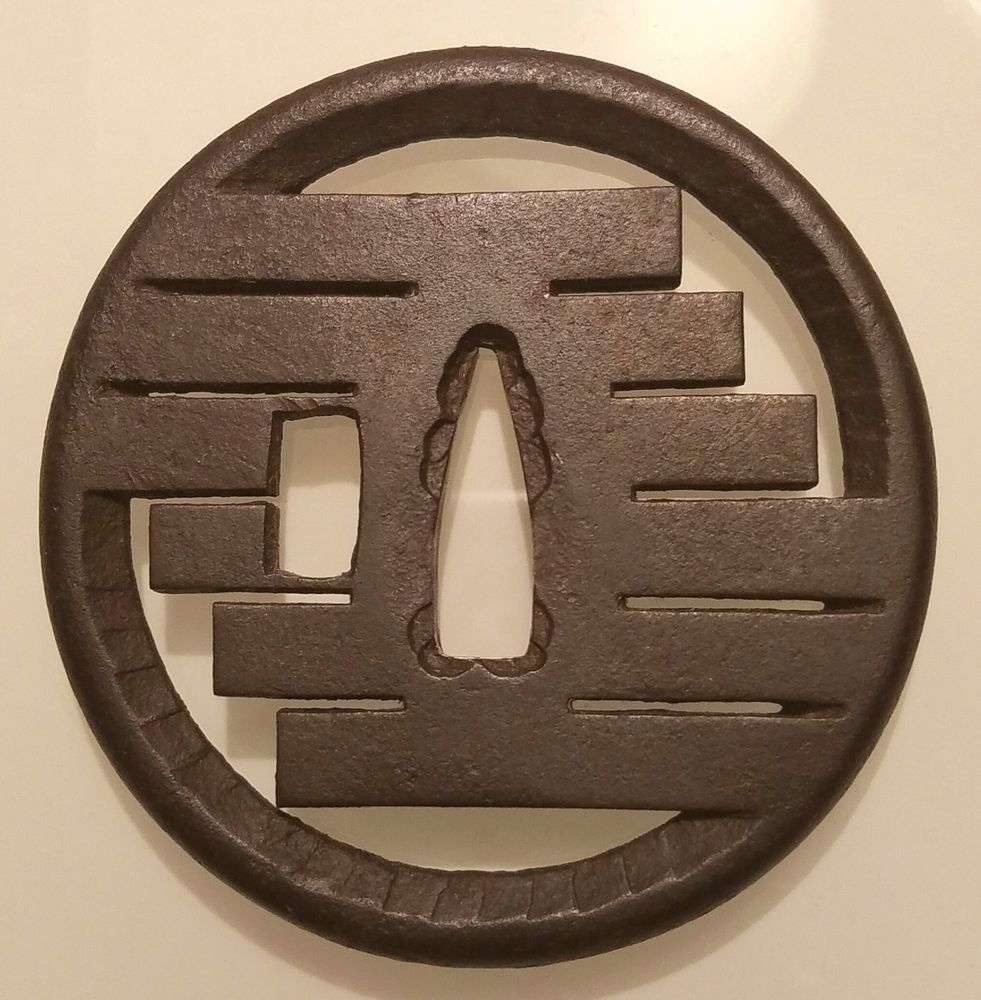 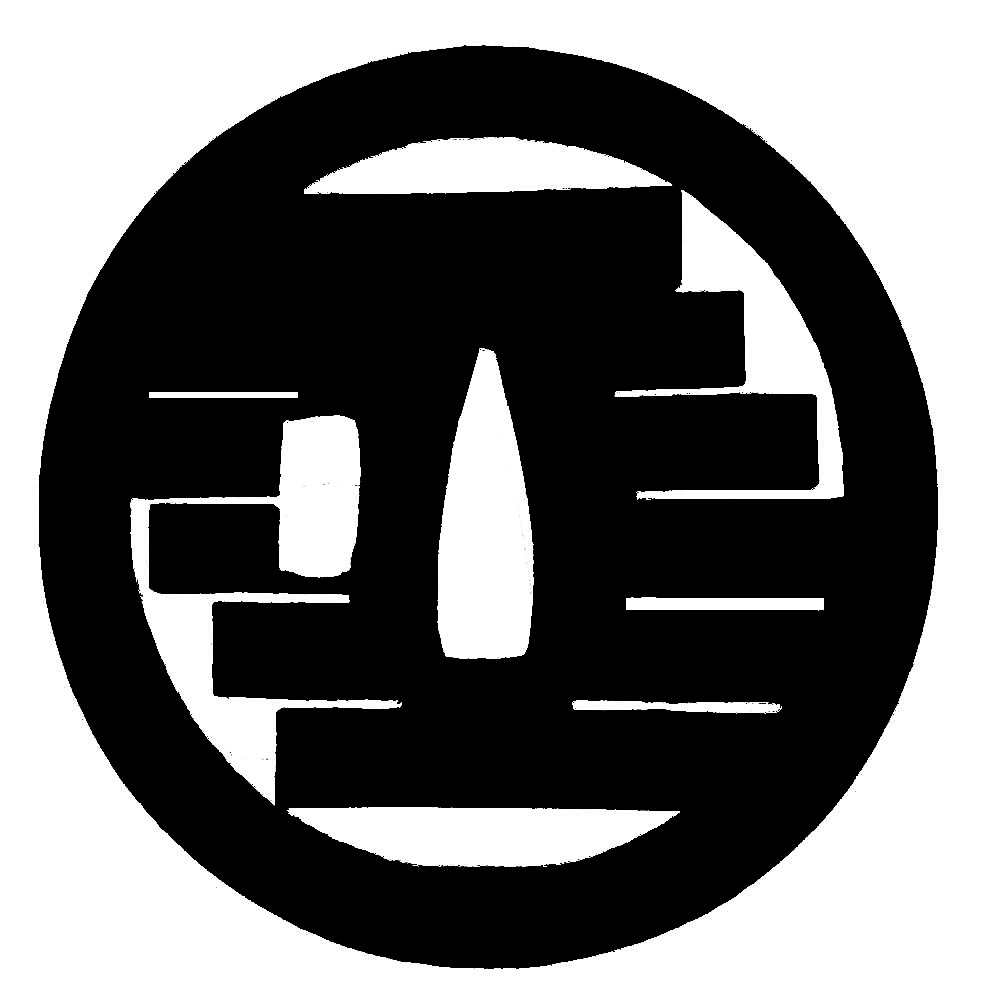 In photoshop that’s a bunch of “magic wand” area selection, to choose out the white places, then invert-selection and fill with black. I also did a few rectangular selections and fill to white to clean up some of the bars.

Then, over to inkscape, where I set up the document parameters, paste in the drawing, and choose ‘trace bitmap: 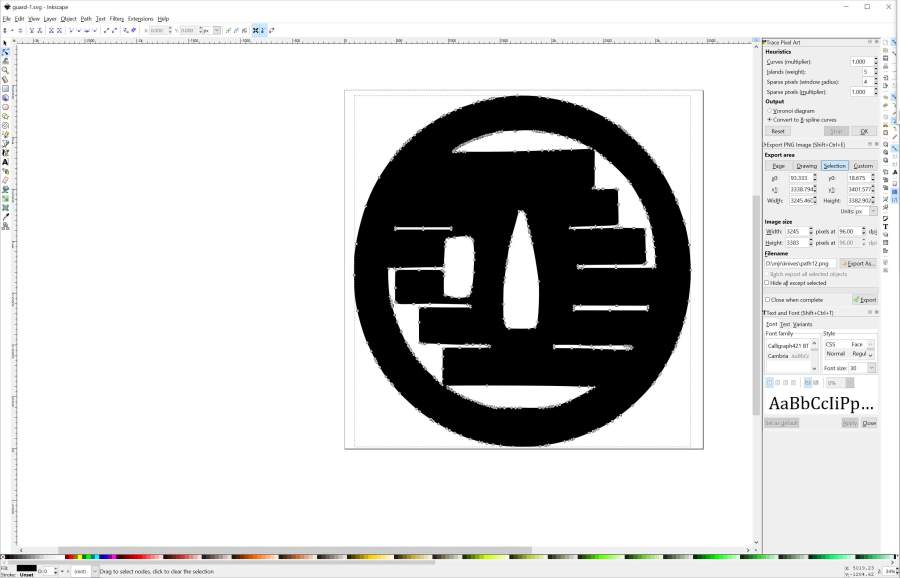 Here’s a closer look. Now all the points are editable – I can just drag them around, delete them, simplify them, whatever. 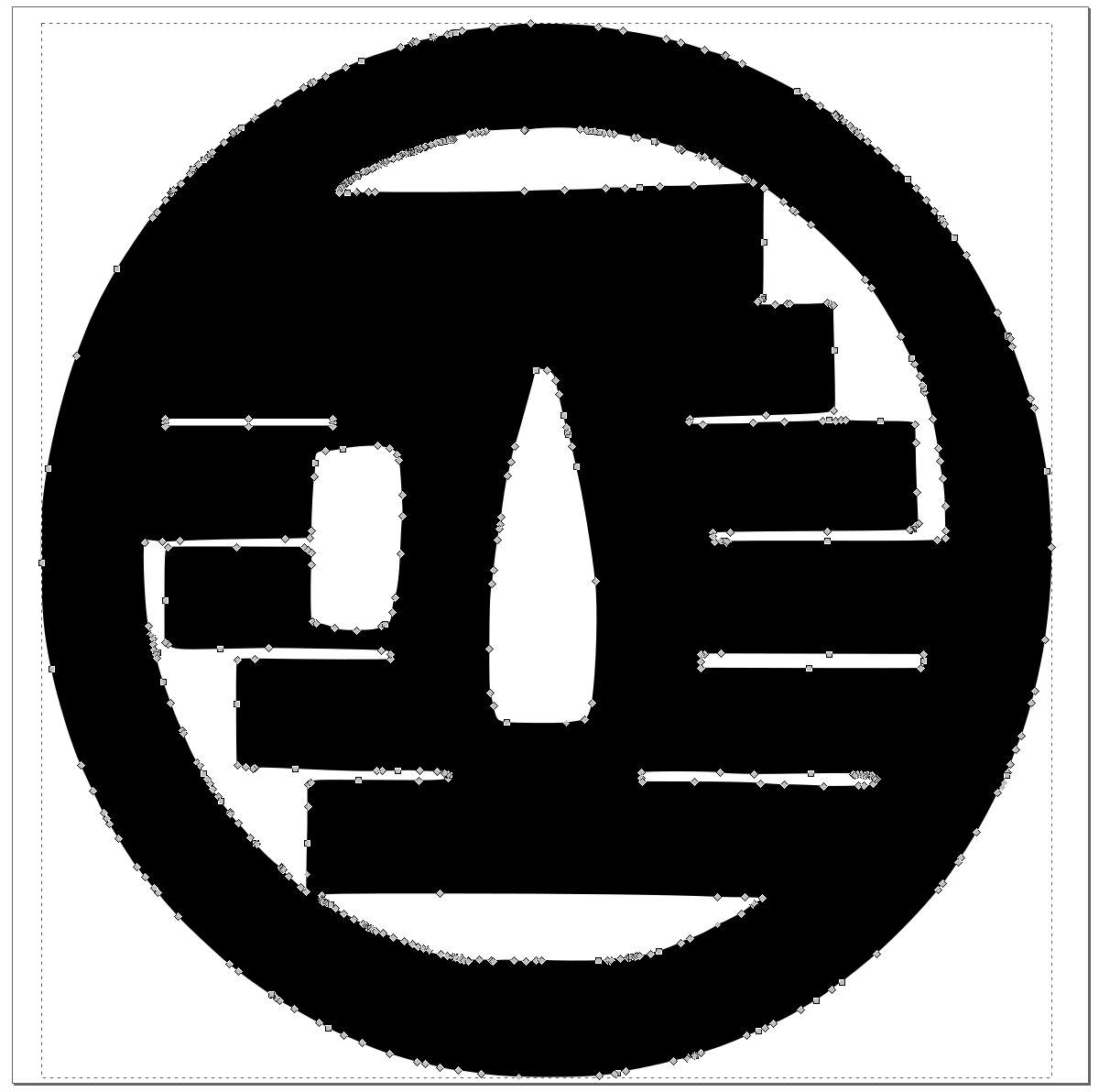 That goes on a USB stick, which I will tape to a square yard of steel, and haul down to the fabricators.

If it works maybe I’ll do more.

I have another project that’s also going to the fabricators – [mild spoiler] – remember the other brick of “zebra damascus”? I hammered and squished it into a different shape, and I’m going to see if I can get them to water-jet cut it into relatively thin slices. Thin pieces of zebramascus might make cool paper-weights, belt buckles, or ultra tactical throwing stars.