Today I am heading down to IANS in Charlotte, NC [ia] where I will be moderating sessions on Wednesday and Thursday. Friday and Saturday I will try to pretend to have a life and then the next week I’ll be doing it again in Washington, DC [ia] then Thursday night (instead of driving home) I’ll drive up to Syracuse, NY for NYSERNET’s conference [ny] where I’m delivering the Friday morning keynote. Then, I drive home and try to remember who I am for 2 days and it’s back down to the DC area to keynote BroCon [bro] in Arlington, then swing by Herndon for a day on the way home to sit in on a Technology Advisory Board for a start-up that I’ve been consulting to for the last few years. After that, it’s a 3 hour drive back to the farm.

My spring and fall are my busy season. This year, it’s died down considerably. I used to agree to do talks all over the country in September/October and some years I was only home a few days out of the month. Try figuring out an expense report for a 5-legged ticket that goes back and forth across the country (hint: total the miles and just expense each organization their percentage of the combined mileage, then make sure you screenshot what a round-trip would have cost because they’re usually paying half that)

There was a time when I used to bring home a shotglass from each city I visited. Finally, it filled the shelf in the knicknack cabinet and then filled the next shelf, and then I stopped and started using the shotglasses as rifle targets (they’re a good size for 200-meter shots) The first year I flew over 400,000 miles was enough for me. A few years ago, when a fellow I know suggested I use this app he liked, which showed all the places he’d been, I recoiled in horror.

Because I’m always traveling on someone else’s schedule, I get some crazy connections like (this actually happened) Milan teaching a class -> Buenos Aires keynoting a conference -> A week in Jeddah doing an incident response. Then home to change my dirty laundry out of my bag and figure out where I am going next. Then, there was the time I was at a conference in Dallas and got called into an incident response in LA for a week. In LA I found a western clothing store near my hotel and bought a couple pairs of jeans and some embroidered shirts off the markdown rack, and fedexed my dirty laundry home. 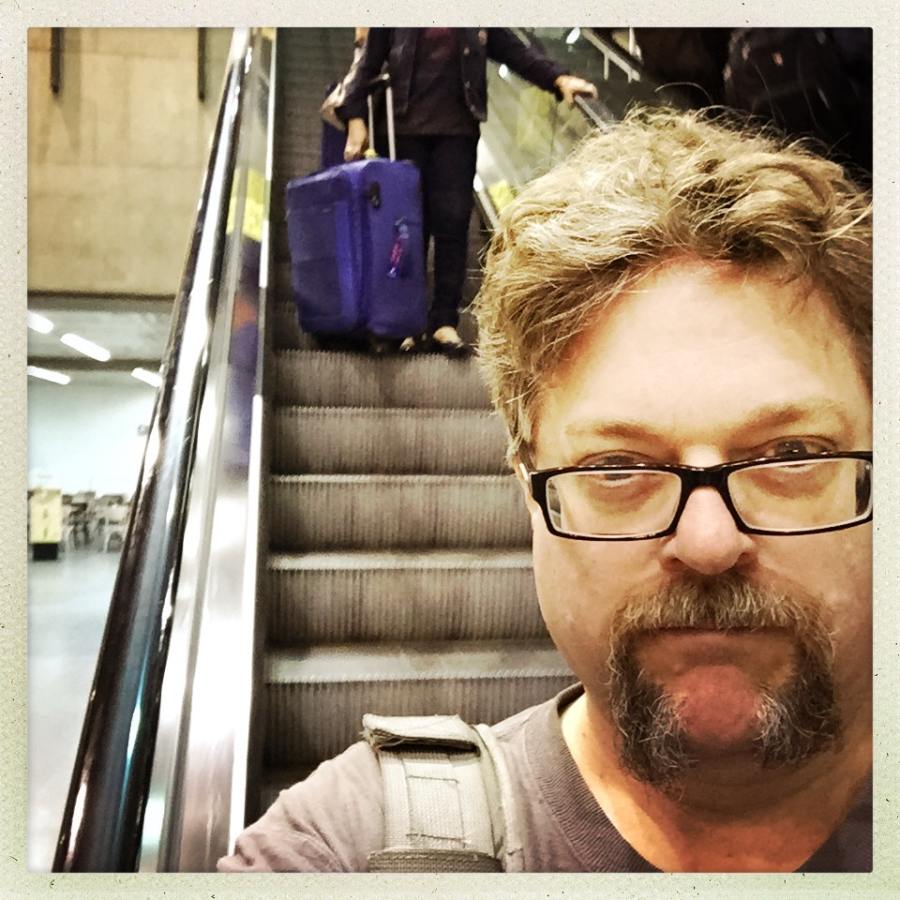 My parents, being academics, travel very differently from me. I used to get, “Oh, you’re going to Milan? Make sure you see ${this} and ${that}.” I then have to explain that my connections are tight, which means I’ll be going BWI Airport->Milan Airport->a taxi->a hotel->a meeting room->a restaurant for dinner->a taxi->Milan Airport->BWI Airport to sleep in my own bed. I’m not complaining – this is the lifestyle I have chosen, and it’s turned out pretty good for me. Mostly, I’m happy that I’ve managed to maintain my technical chops and I can still pick stuff up very fast. But it turns out that as we age our brains age, too, along with our bodies and joints. But mostly what ages is our patience.

The next three weeks are going to be something that I’m just going to hunker down and get done. I’ll keep up my postings here but I may not be as talkative as usual.

Since I spend a lot of time writing powerpoint decks for talks that I’m giving, I usually don’t talk about those topics here. I guess that’s one area in which my patience has run thin – I’m really tired of hearing the sound of my own voice after a couple days of this. Some of the ideas I am trying to get across are interesting (I really think that!) and possibly useful (ditto!) so maybe I’ll do a few postings about some of that stuff. It’s all wrapped up in the whole security/system reliability/integrity/politics/cyberwar thing and those are all pretty depressing topics to me, now. I have a pretty good track record about warning people not to stick their tongue in the light socket, but they do it anyway (at least they pay top-dollar rates for tongue de-lightbulbing consultants)

If you want to experience true travel hell, do an Initial Public Offering road-show. In 1997 I did the tech pitch on V-One’s IPO road-show and our investment banker, Piper Jaffray, didn’t have enough weight to control the meeting schedule. We had to scramble to get to whoever would meet with us, and that meant, once we were on the west coast, a night-time limo ride from La Jolla to LA, to catch a late flight to Denver, and then – I am not making this up – we went Denver->Minneapolis->Denver->San Francisco->Denver->Washington the next day. That was surreal. The day after, we went to Zurich and stayed at the Witter Hotel, which is a beautifully modernized medieval building. I was exhausted and confronted by this German-designed shower controller that I simply could not figure out, and suddenly I was sitting on the floor of the shower bawling like a baby. The front desk sent someone up to teach the stupid American Chief Technology Officer how the shower worked. They were very nice.

Pawprints » « I Wonder Who