Someone decided to leave some eggs on my bedroom window. They’re on the outside, which I appreciate. 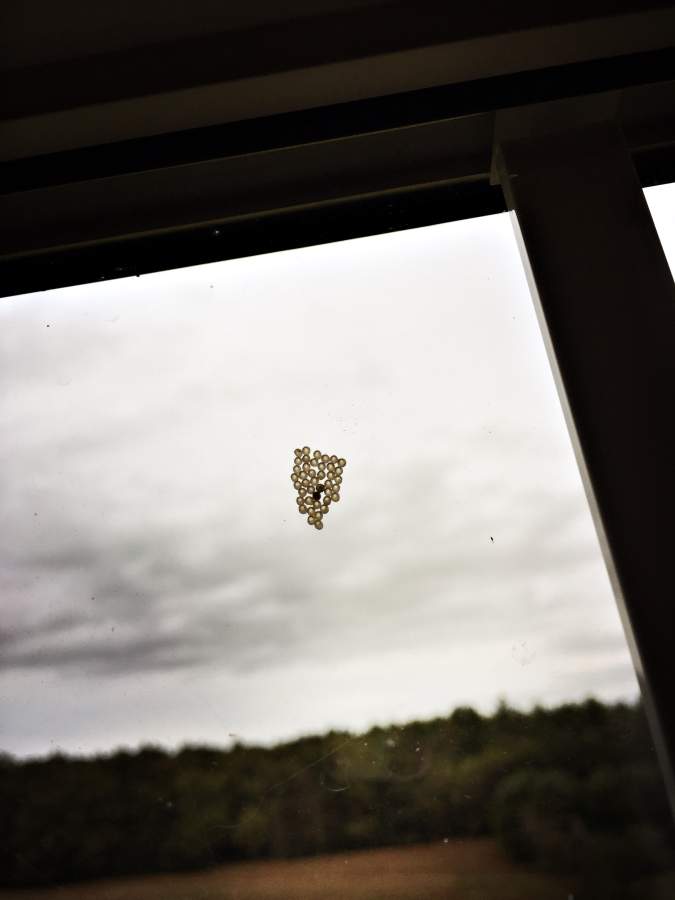 Being a human, I am not too concerned about nasty, since I am generally the nastiest thing around any given place (unless you count bulldozers and backhoes).

One of the fun things about living on the farm is the cycles of populations. About 2009, I started having huge waves of beetles that looked like ladybugs (but weren’t) They got in the house and every morning my routine came to incorporate vacuuming up a few dozen of them out of my kitchen. This continued year-round until this spring. Suddenly there were no more beetles. It took me a fairly short while to figure out what was cleaning up the beetle supply. 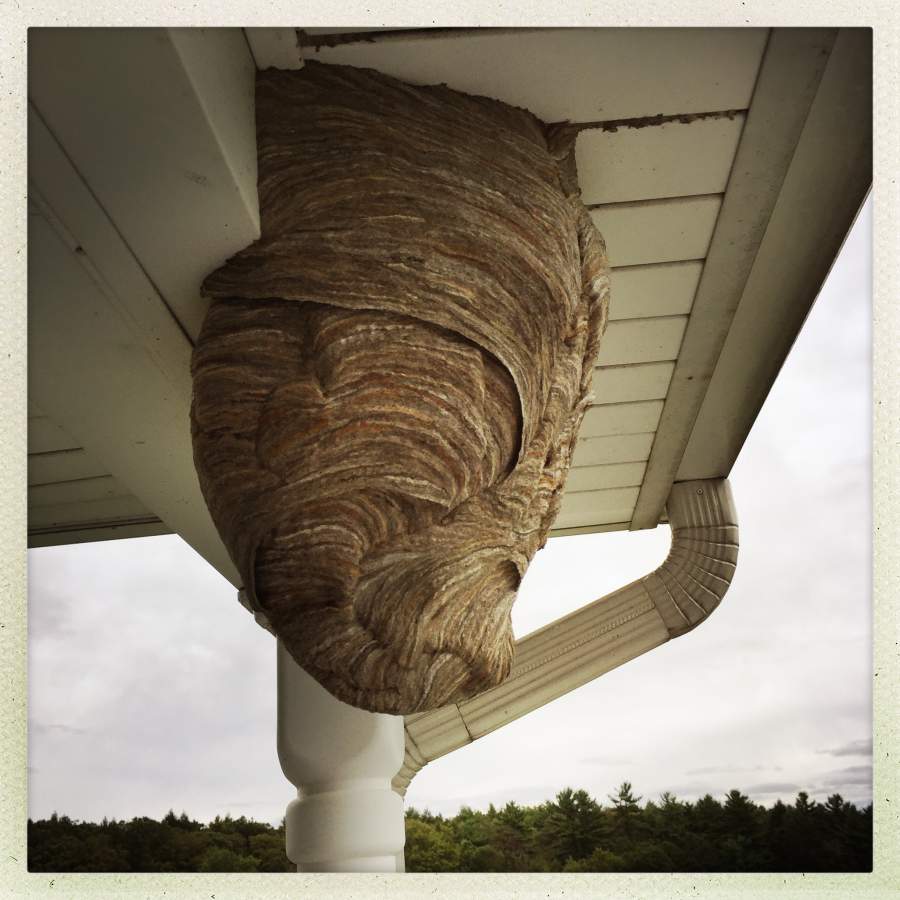 Since they’re not interested in coming into the house, I think we have a deal. Basement snake helps keep down the mice, Porch wasps keep down the other bugs, Orb Weavers keep down what they keep down, Crows pick up the larger pieces of waste, and Skunk gets the grubs from the lawn. Elk and deer fertilize the lawn and make it slippery, and Bunny rabbit and deer eat the cilantro every time I plant some. Then, something happens and the populations shift into a new configuration – the rabbit population (which was virtually nonexistent) has gone way up since my dogs got out of the the dog business. Will something come eat the wasps?

Next year’s summer project may be building a small greenhouse. I need tomatoes and cilantro and I am sick of negotiating with all of my symbiotes.