In a previous thread, chigau suggested that some drone footage of deer might be interesting.

It’s actually really hard to see deer from high up; they blend in remarkably well. Also, deer in the country tend to not stand in areas where they are contrasted. So, at one point where the drone flies right over a small clump of them, you can only see the briefest flicker when one lifts her tail at the flying table-saw overhead.

I used the opportunity to do some experimenting with VideoStudio’s freeze-frame and picture overlays. The picture overlays are kind of a pain: you decide where the picture will go in the time-line, then snapshot the frame, load it into photoshop and make your annotations on a different layer, then throw the background away and import the edited frame-image as a chromakey overlay and knock the background to transparent. It’s not bad once you have the hang of it, but I’d been wanting to experiment for a while.

OK, most of that was fruitless. This morning I did a “dawn patrol” and kept an eye out for a better photo-op with deer. Usually I am looking for hunters, not deer. So I found a small family, and snuck up on them – if you can be said to “sneak” with a weird blinking flying thing that shrieks like a metal-cutting bandsaw. 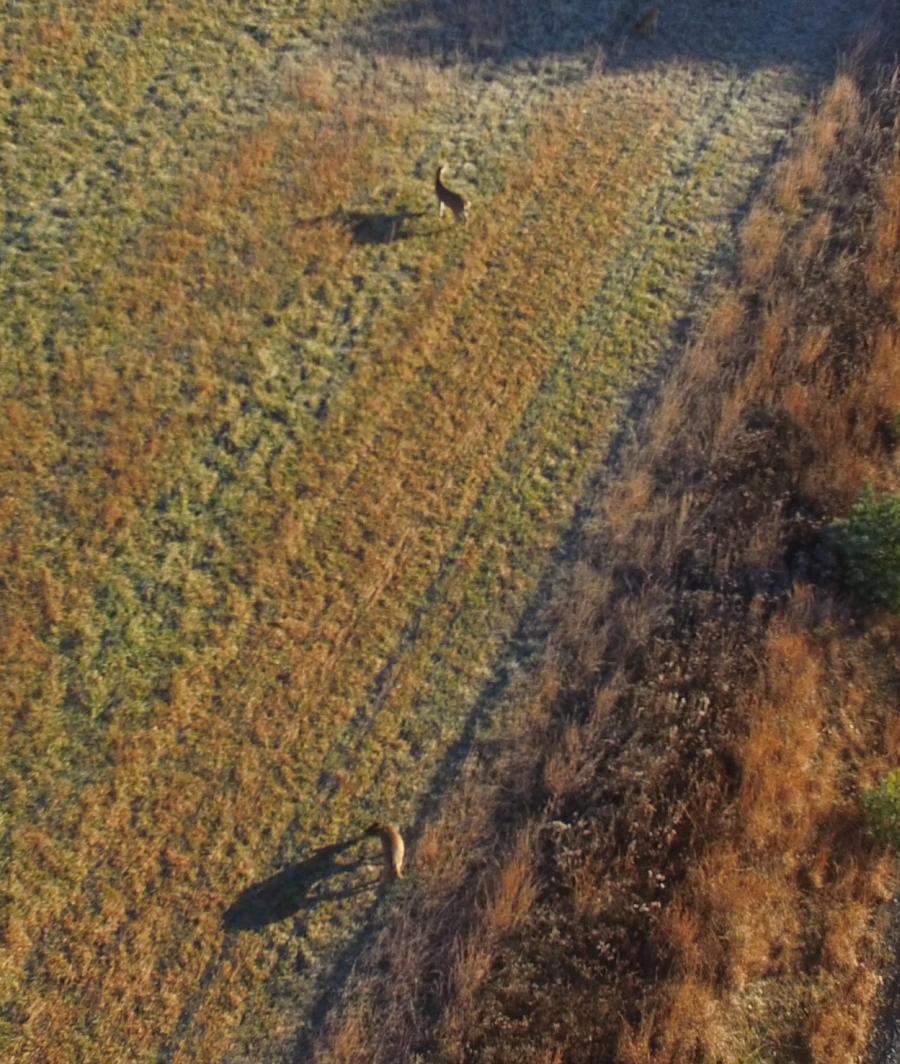 I thought I’d drop down and highlight them against the sun and do some portraits. There’s only so close they’ll let you get, but they’re pretty OK with anything that doesn’t look human. They consider horses (and therefore a person on horseback) to be part of the club, so you can often ride a horse right up onto one. There was one memorable occasion when a baby was lying down in a field waiting for its mom and P-nut almost stepped on it. The baby exploded off in one direction and P-nut and I exploded off in the other. That was awkward since I didn’t have any idea what was going on. Ah, horses.

The deer’s breakfast was rudely interrupted. They didn’t run far, though – about 20 feet. I suspect they have hardware for detecting predatory intent (eyes locked, head orientation, speed, etc) and a drone doesn’t give any of the right cues.

By the way: in my head all deer are named “Fred” or “Bob”

Proof That Liberals are Messing With Space-Time » « It’s Worse Than You Think: Corporate Spyware