I have heard of pyramids in Mexico and South America, and the ones the space aliens made in Africa, but it took a piece of spam email to make me learn about the pyramids in Bosnia. 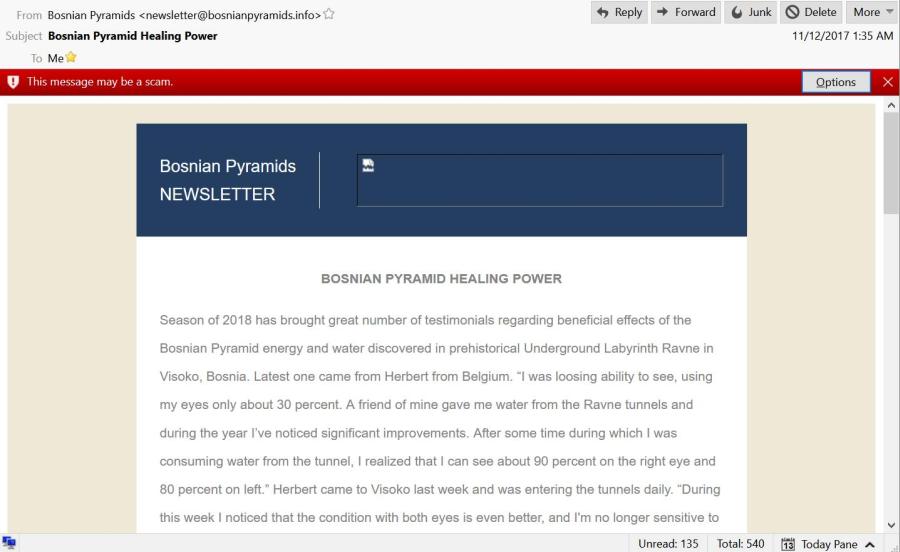 Water in a prehistorical underground labyrinth!?

Naturally, anything pyramid-shaped has magical powers, because the aliens who taught the Egyptians how to make them explained something very powerful that the Egyptians forgot to write down. Stupid Egyptians! They were so busy keeping detailed records of trade and diplomatic communications [wik] that they didn’t get around to explaining how putting your soap bar under a pyramid will make it foamier. I bet that’s why the aliens left: “we are wasting our time with these guys, let’s go try the Bosnians.” 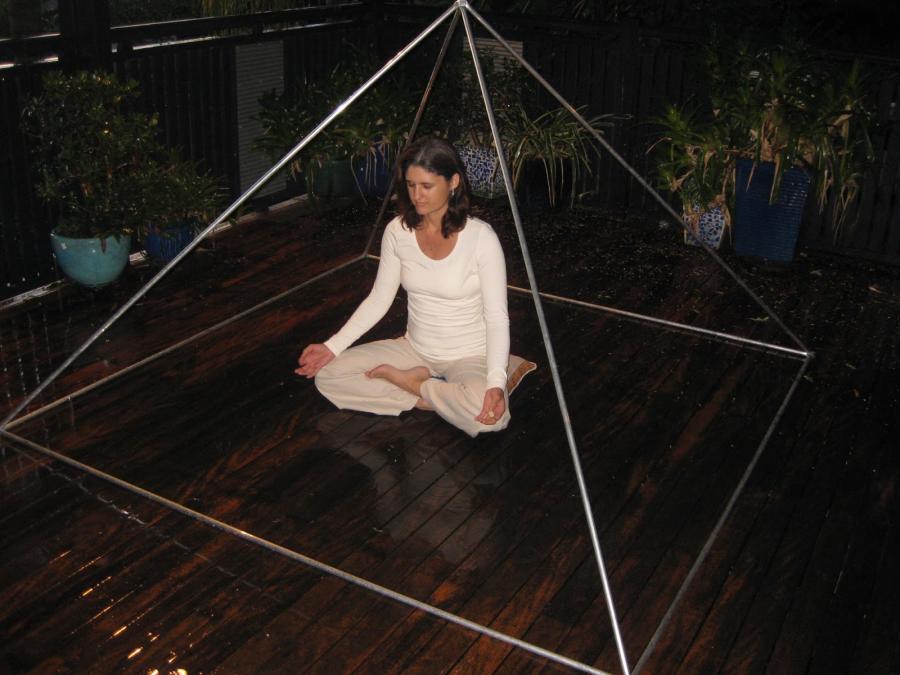 An ancient Bosnian praying for magic water (No, not really, just a picture I got from Google image search)

But there are “artifacts” – which also happen to be rocks. Like this “foot” rock. [bih] If you follow that link, do not blame me if your brain implodes. 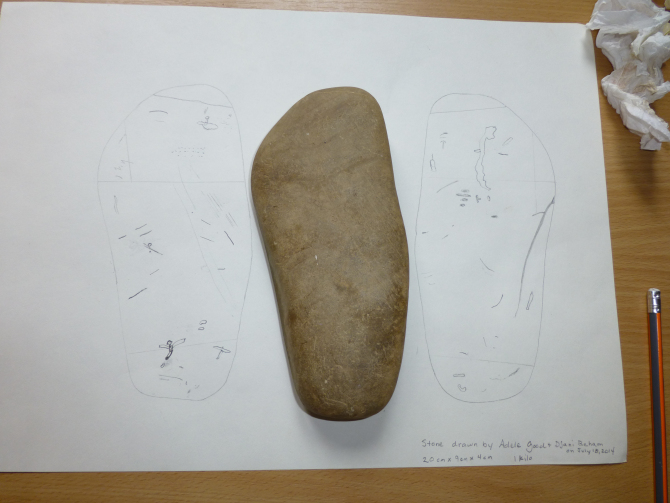 It’s a rock! It dates from the early days of the planet!

It’s part of a whole network of pyramids. A “Bosnian Valley of the Pyramids” I kid you not. 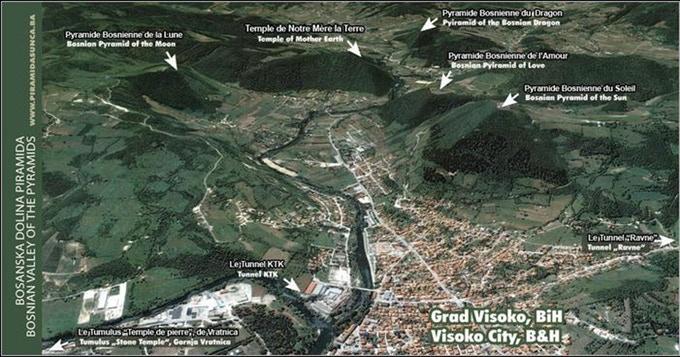 The Valley of WTF

There is even (at the top) The “Temple do Notre Mere La Terre” (the temple of mother earth) which is a rock-shaped rock that doesn’t look like a pyramid from any angle, therefore it’s part of the entire complex.

I suspect the denizens of Visoko City, Bosnia, are happy but perplexed.

Hey! If you take a picture of a kind of pyramid-shaped rock, and photoshop it to reveal what may be underneath, it looks even more like a pyramid!

Disclaimer: not responsible for any brain injuries you may incur if you watch that video. Specifically, not responsible for any damage to your irony meters at 0:07 (yes, 7 seconds in!) where it says “it is completely ignorant of us to take what we are told at face value as fact.” That’s right before it asserts a bunch of stuff about how the planet is absolutely jam-packed with secrets from a forgotten age.

Construction began 30,000 to 50,000 years ago. Back when humans had expanded out of Africa into the Middle East, but hadn’t hit on agriculture or anything like that, yet. 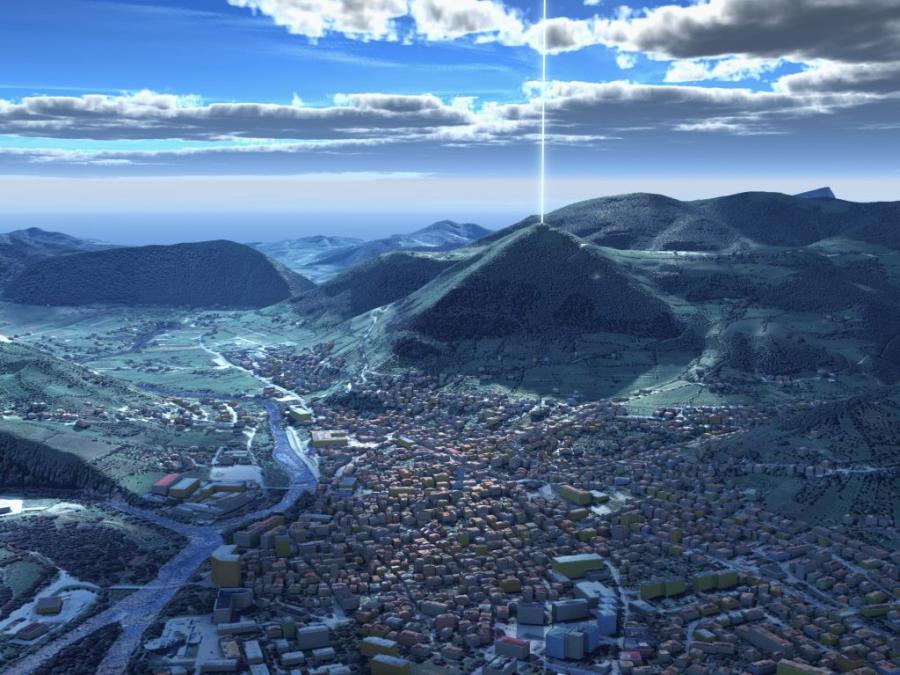 This isn’t the dumbest thing I have ever heard of. Supply Side Economics is dumber. But this is really really dumb.

If I lived there I’d be cranking away with my printer to make some really cool labels for bottled water to sell the tourists. I bet Jim Bakker’s on it.

US Complicit in War Crimes in Yemen » « Vendredi Voltaire: Crossing Swords With Voltaire