I’m not sure how self-referential I want to get but there have been several comments about my closet. My closet is, indeed, a place of weirdness.

One of my industry friends, Jayson Street, started posting pictures of the snappy suits and accessories he got for his Wall St. job – I call it “corporate cosplay” so I’ve been jerking his chain a bit on facebook by posting stuff from my closet. Here’s some. I’ll probably most more, occasionally, simply because when someone else starts wearing Han Dynasty robes to play World of Warcraft, you’ll know who they got the idea from. 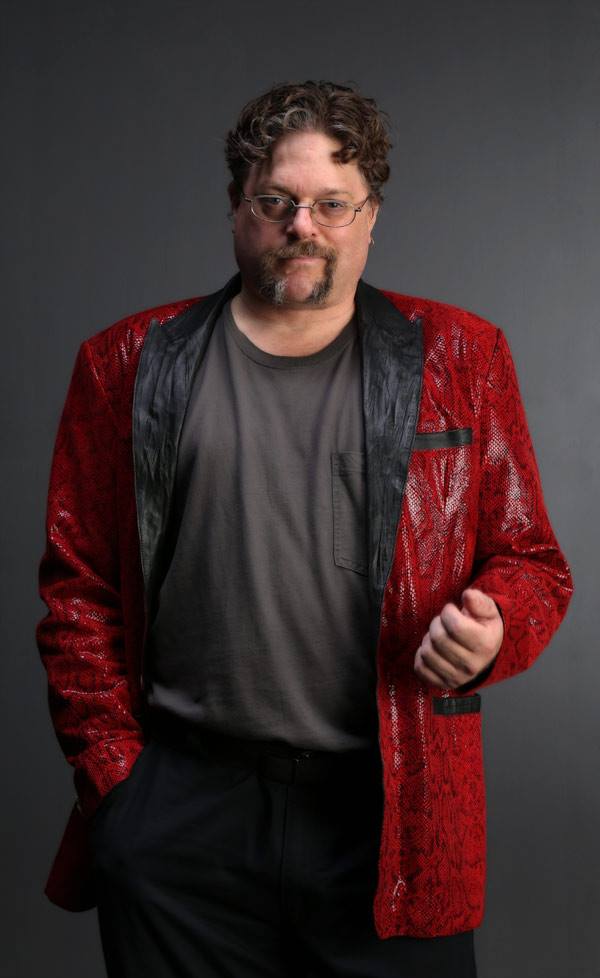 I discovered the “make your own jeans” site back in the early 00’s when I was looking for custom-cut jeans for a friend who has very unusual dimensions. Around that same time, I was getting married, and had a tux tailored for me in Hong Kong by a local tailor who did a great job. “Hey, custom-fitted stuff really does look better, and isn’t more expensive!” In fact, sometimes it’s cheaper. It depends on the material, really. 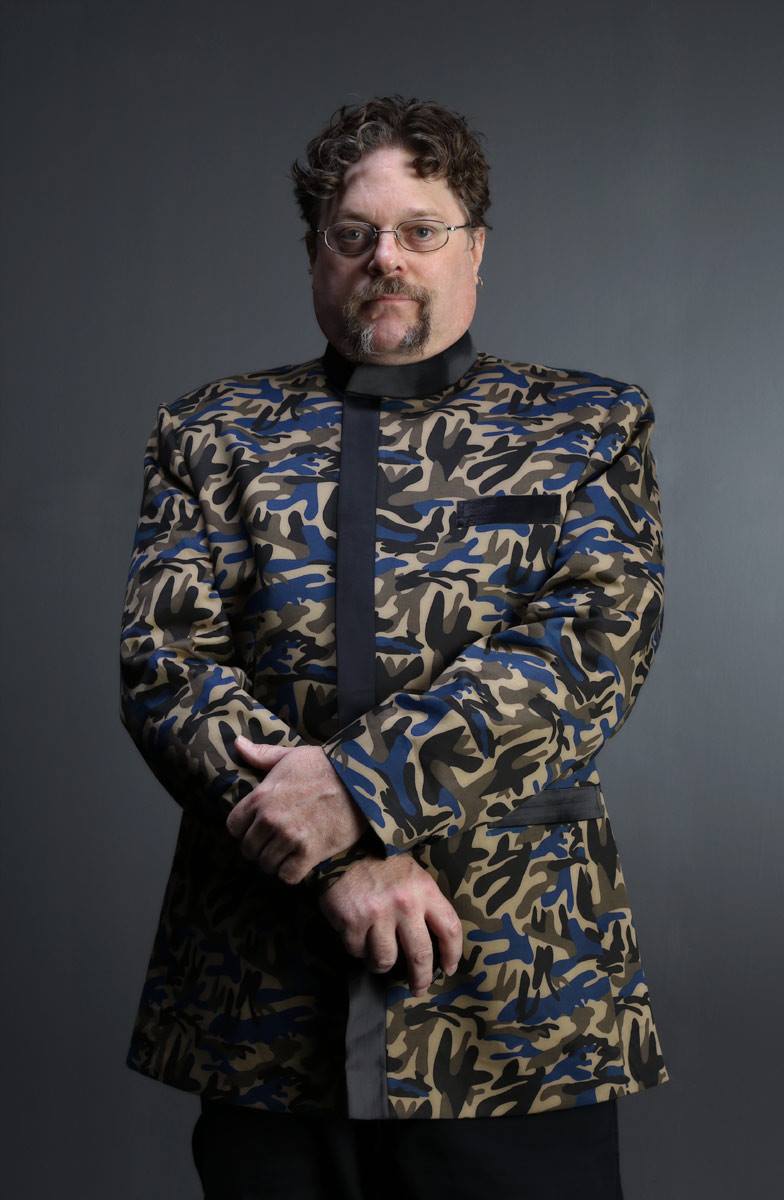 Then, I realized that I could get stuff made in really weird combinations. That was the beginning of it.

I know lots of hacker types who say “I’ll never wear a jacket” (or whatever) and I consider that attitude to be as much a case of “doing what the man says” as just doing proper corporate cosplay. The question, for me, is the degree to which you bend over to live up to other people’s expectations. That’s a choice, of course. 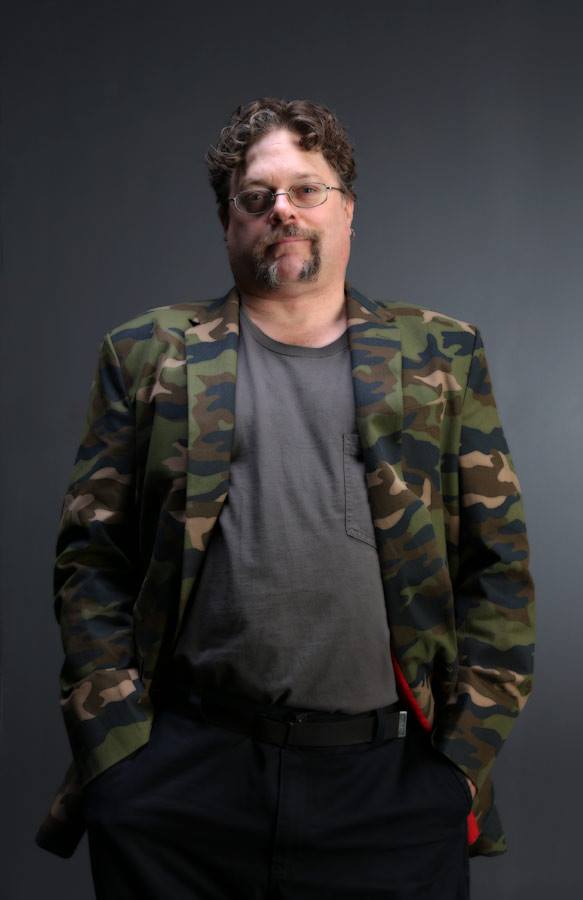 The US military used to have a special fabric for BDUs in the 80s; it’s fire-retardant and supposedly had some kind of infrared suppressing weave (I doubt it, but)  I had a few yards of the stuff that I bought back when it was still available, and shipped it over to the MYOJ guys, in India, and had them do a blazer. I’m still trying to get them to do an international safety yellow blazer for me, but they’ve gotten busy lately. Or they’re just tired of me.

The folks at MYOJ liked this design so much they now offer it as an official option. Which is OK, I suppose; now there’s going to be a rash of camo tuxes and blazers, etc. Yay! 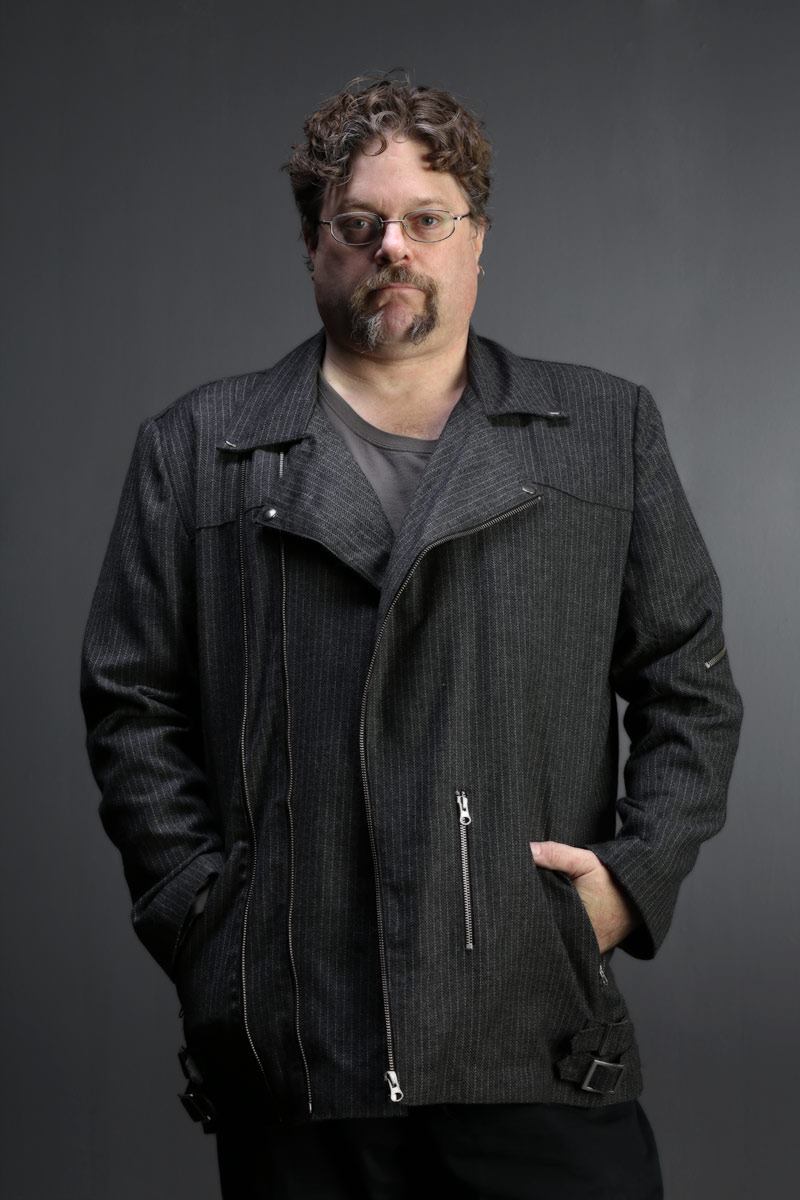 This will do for now; I’ve got a bunch more I will post in due time. I’ve got to haul a bunch of stuff over to the studio, and then cleaning up the digital images in photoshop also takes time.