This is just a bit more clowning around in Witcher 3.

Nvidia’s Shadowplay is really cool stuff – you can set it to record a rotating buffer of your last umpty-minutes of play, and if something interesting happens you can hit a key and dump it to your hard drive as a movie. Of course it’s chewing up your hard drive, but since my gaming machine is a standalone box, I don’t really care – I have a pair of SSDs in there and one is specifically for temporary files and movie ripping, etc. When it wears out, I’ll replace it. 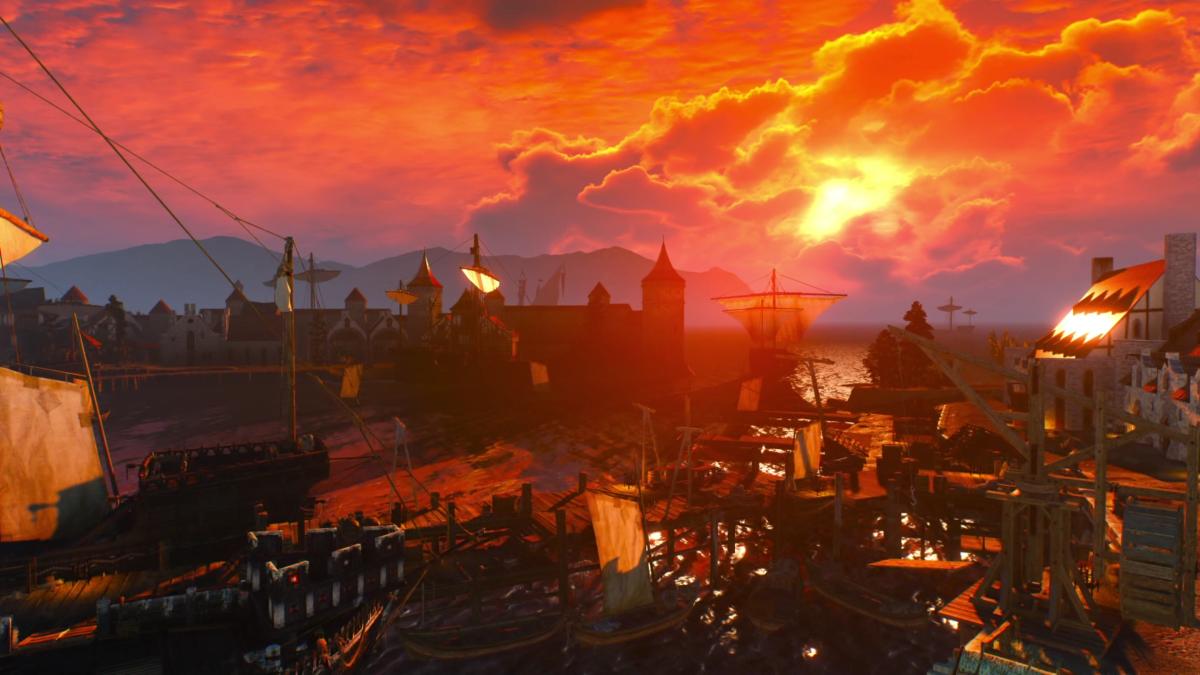 Nvidia also includes Ansel – an engine that cooperatively pauses the game then puts you into a viewer that lets you pan the camera around and do very high-resolution screen grabs or panoramas.

Ansel and Shadowplay are great ways to eat hard drive space. Because: why not!

So, random fun from my Witcher archive:

Geralt’s got some slippery shoes! And somehow his foot never snags – because otherwise, this would have ended a lot differently. That’s edited from a shadowplay capture that was at full 4k resolution – so 2 minutes was about 1gb sized file. The quality is impressive – you can go through and turn practically any frame into a high quality screengrab if you like. I usually use ffmpeg to downsample a working copy to 1920p then load it into Corel Videostudio, which is a great inexpensive editor.

Occasionally it’s fun to go through the video-streams and pick a nice frame. Like this rather awkward hug: 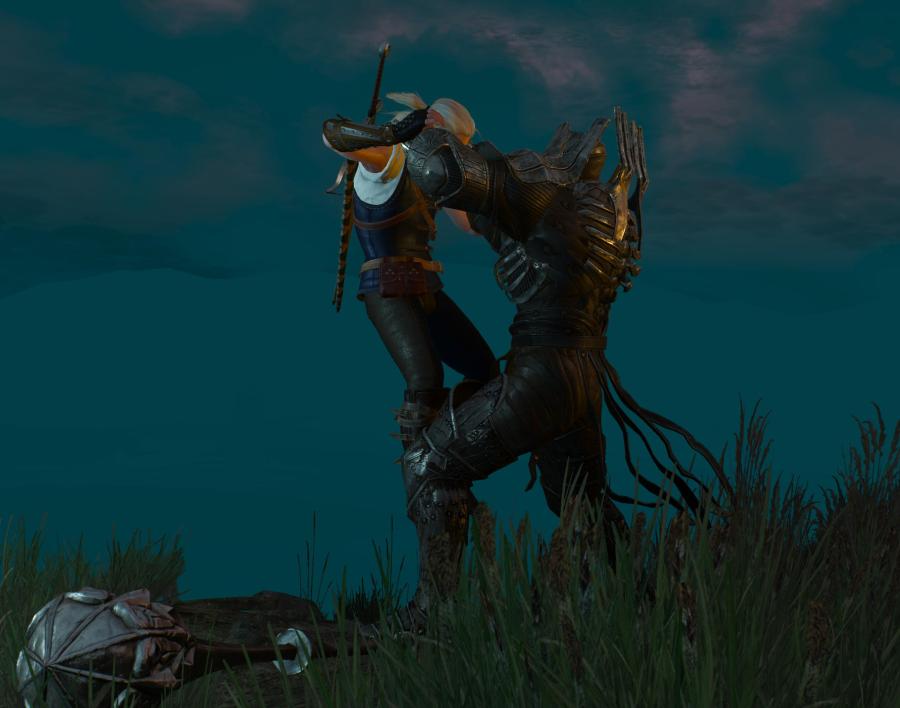 These are 900-by-whatever images; I keep them small because my job here at FTB is not to fill the hard drives on the server. The originals are glorious 8.3 mp 4k – 4 times the size I post here.

Sometimes the game engine makes mistakes. This castle guard in Novigrad appears to have spawned rather awkwardly: 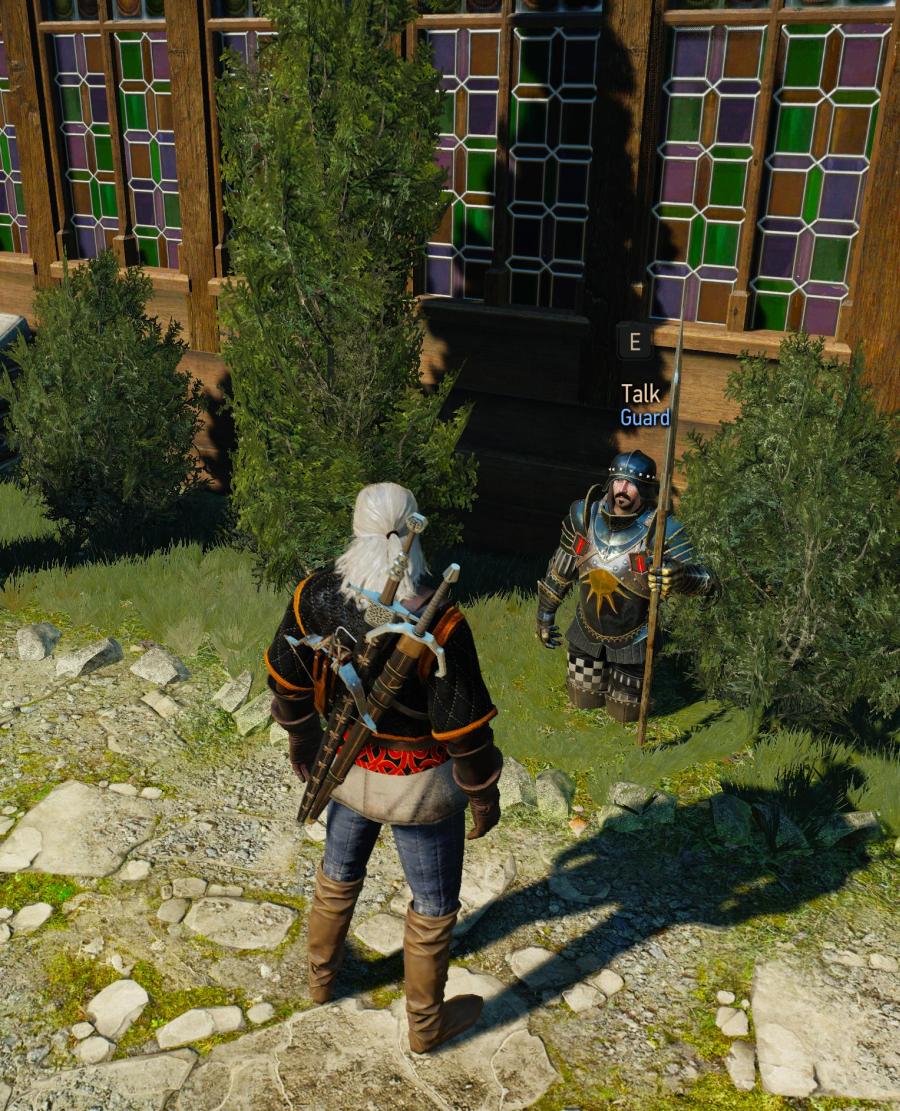 These aren’t cutscenes; this is gameplay: 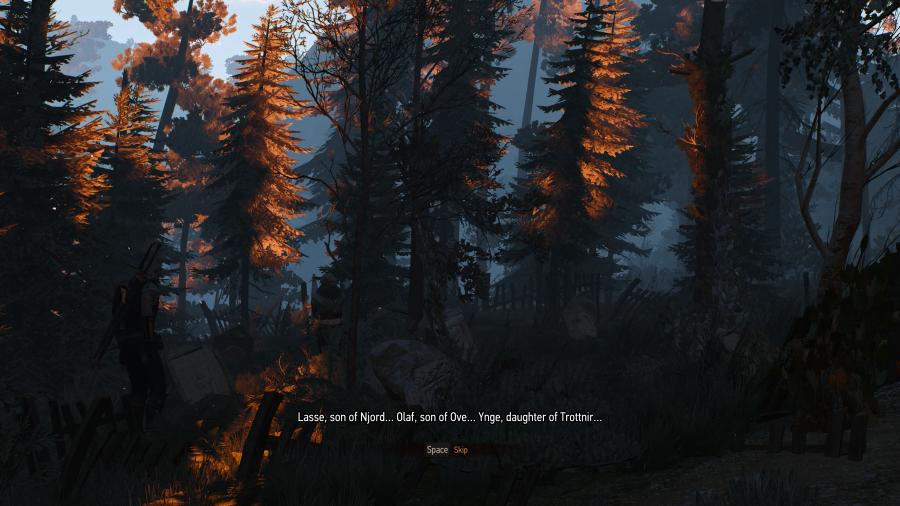 In the graveyard with Ciri, with the longsword

Some views captured from Ansel: 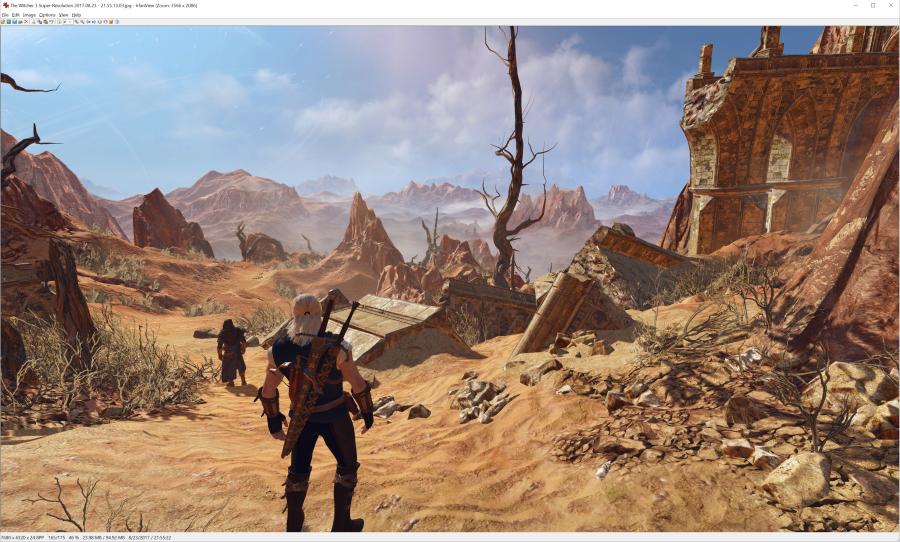 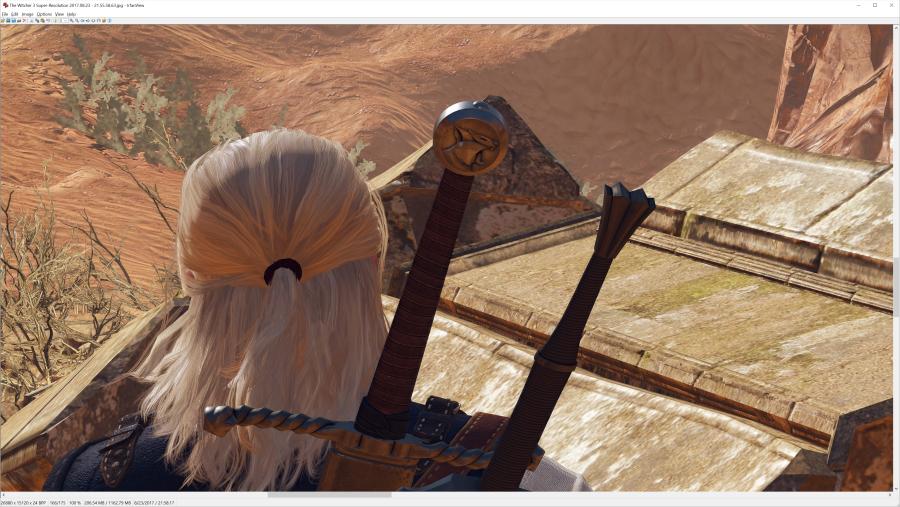 The resulting 3 gigapixel file is 600mb. 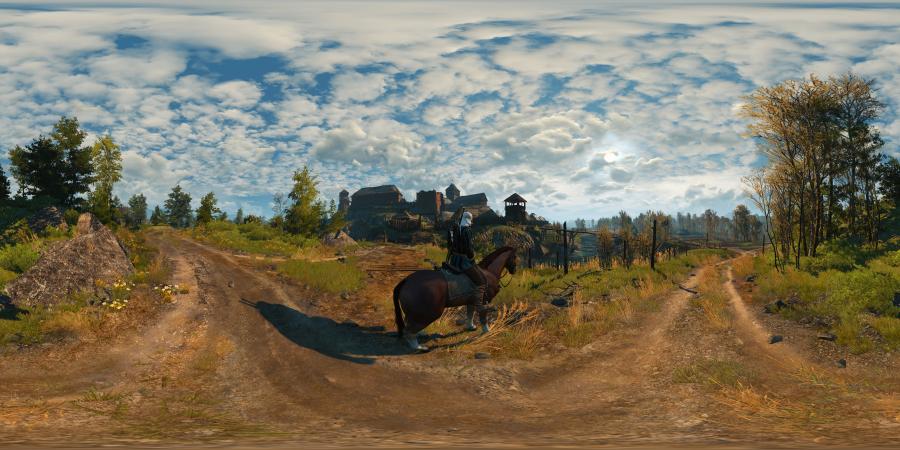 I haven’t messed with it, but the 360-degree images can be mapped into a VR headset so you can gawk about.

Witcher also inspires some truly incredible cosplayers. Check this out: 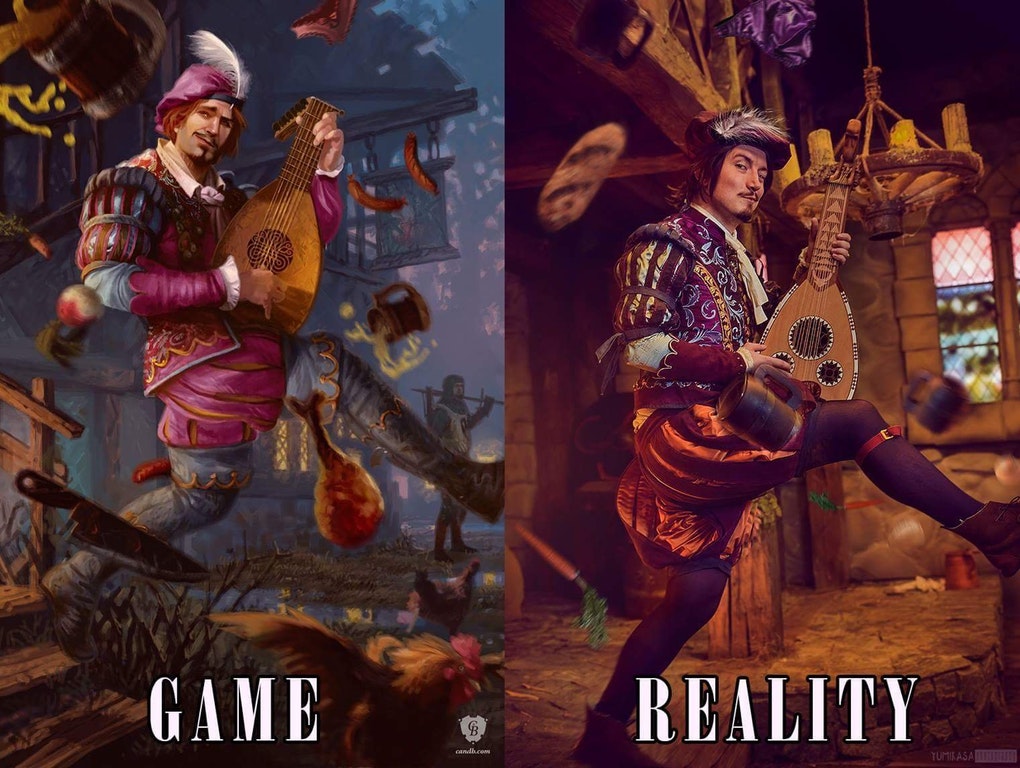 (I did a reverse image search to try to figure out who did this, but it’s been pinned and favorited so many times I can’t figure out the origin.

I enjoy how gaming has become a multifaceted art-form. Some people use game engines for machinima, some do cosplay, some mod the games, etc. I see it all as a generally positive and nonviolent way for people to express their creativity. When I was a kid and first started playing with computers, my parents complained that I was wasting my time (because I was coding games on that Commodore PET) – turns out it worked out OK for me. I know several people who started off as gamers who didn’t know what to do with their lives: one is now a 3D animator for a gaming company, and another works for Twitch. One of ‘my’ Fuel Rats got so involved in being a dispatcher, that he discovered he had a tremendous talent (no, really!) for dealing with people under pressure – I wrote him a letter of recommendation in my capacity as ‘Founder of the Fuel Rats’ explaining what skills he demonstrated, and now he’s got a job doing community outreach and crisis management for a major corporation. I’m not saying gaming is perfect (we’ve still got our fascists and gamergaters to face-punch) but it’s an interesting parallel reality in which people can express themselves, find themselves, and experiment with the roles they want to play in real life.

On Raiding my Closet » « Eat the Flying Spaghetti Monster