It’s as if they read my mind, or something… 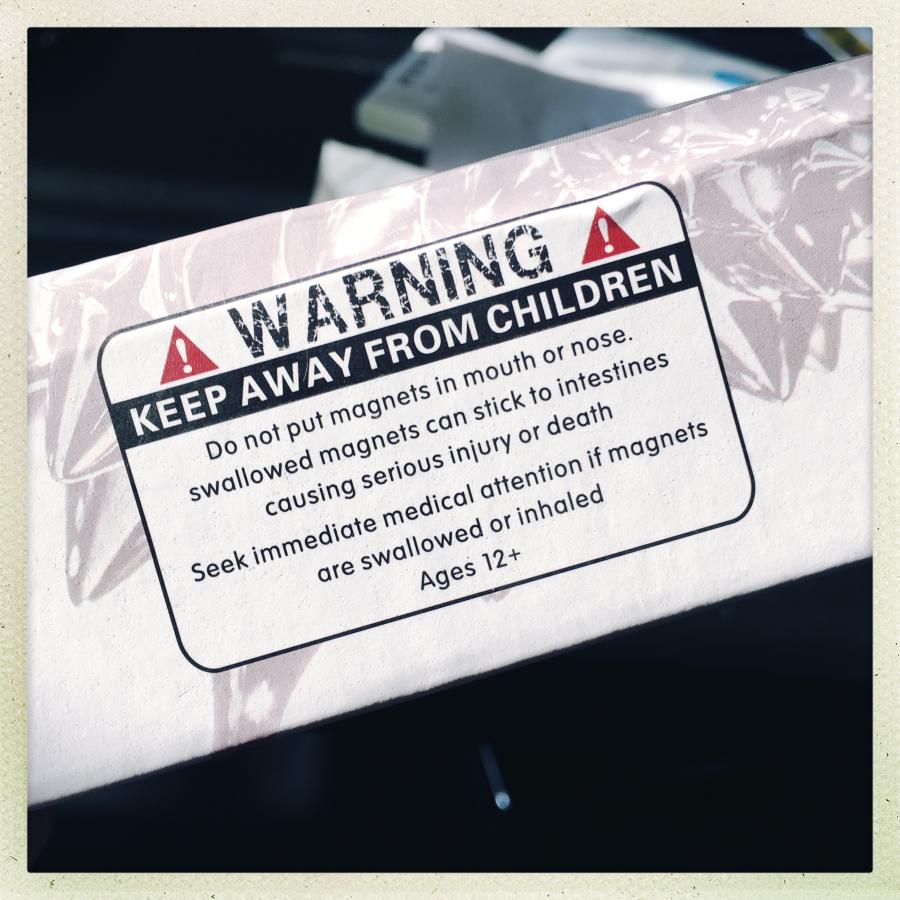 After my recent admission that I once stuck a cinnammon red hot up my nose, it was kind of awkward to see that the manufacturer of a ferrofluid toy had thought of me, specifically.

Honestly, it hadn’t even occurred to me that this might be a problem, but I suppose that if you swallowed some ferrofluid and went for an MRI, you’d make a horrible mess of their expensive machine. Thriller-writers, take note: there’s a murder plot hidden in there.

I have a few ultra-powerful magnets and fortunately I have very strong hands; when they slip out of your fingers they’re going to get together no matter what. I wanted to make some ferrofluid ‘slime’ (polyvinyl alcohol and borax and black iron oxide) and my first experiment with the slime was nowhere near as interesting as I hoped it would be, although it was pretty cool to have a very messy-looking substance that sucks right off your finger and vanishes to re-appear on a magnet a few inches away. Some of this stuff is difficult to photograph single-handed because it involves setting up a bunch of elaborate tech: lights, camera tethered on laptop with timing trigger, ultra-macro lens, supporting rail. Technical photography can be a real drag unless you’re into it and you get the right moment: then it’s magic.

I didn’t take the time to really set this up carefully; I just ran down to the kitchen (isn’t that where you keep your ferrofluid?) and played around. By the way – I don’t know if iPhones like strong magnets but I didn’t find out. Why don’t you try it with yours and let me know?

As you can see, when you scare a ferrofluid with a magnet, it gets upset, swells up, and extrudes spikes that are intended to scare away any creature that is thinking of eating it. Between its threatening spikes and nasty, crunchy taste, ferrofluids are pretty safe from predation, though. When ferrofluids get aggressive, they can make quite a mess.

I whipped up a quick batch of ferroslime and didn’t get the proportion of water to PVA solution right, so it was pretty liquid. Check out the way the magnet rips the iron oxide right out of the slime!

Cleaning this up took a while. And, since you’re basically dealing with rust you need to be pretty meticulous. 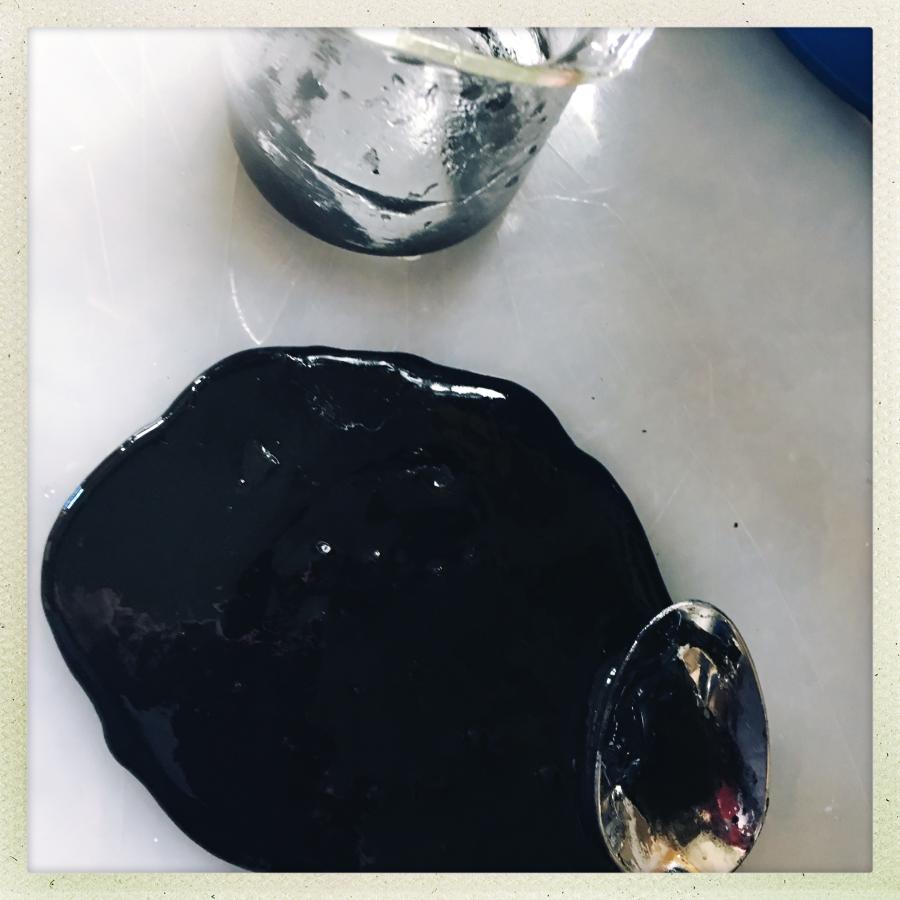 Speaking of “meticulous” – can you spot the mistake that almost happened in this picture? (spoiler is below) Hint: the spoon is stainless steel.

Yeah, the beaker is glass. I realized that if the magnet slipped out of my hand, it could go right through the side of the beaker and make a really horrible mess. So: I put plastic down and was really careful. As it happened, I was careful enough.

MRIbtw: MRI machines were developed at Johns Hopkins Hospital while I was an undergrad at the university. I got the $$ for my first motorcycle by serving as a lab-rat on MRI and PET (positron emission tomography) systems. The MRI was pretty cool but the PET was a slog: they drew blood from me every 30 minutes for 2 days, and by the end of that I was pretty tired of people coming at me with a needle! But: $1,500! And a good bike cost $2,000 in those days.  My favorite thing about MRI was the all-titanium toolkit they had to work on it with. It was gorgeous; I love titanium. At the time they weren’t quite sure of all of the things that could go wrong, so they were being very careful about anything ferrous in the area.