In a now-famous tweet, philosopher Peter Boghossian made a rather bizzare argument: apparently 3rd wave feminists have smelly feet and are out of shape, or something like that.

It’s fun to watch Boghossian’s feed now, especially if you like pictures of hunky muscled-up 3rd wave feminists, because several of them have posted selfies in response. 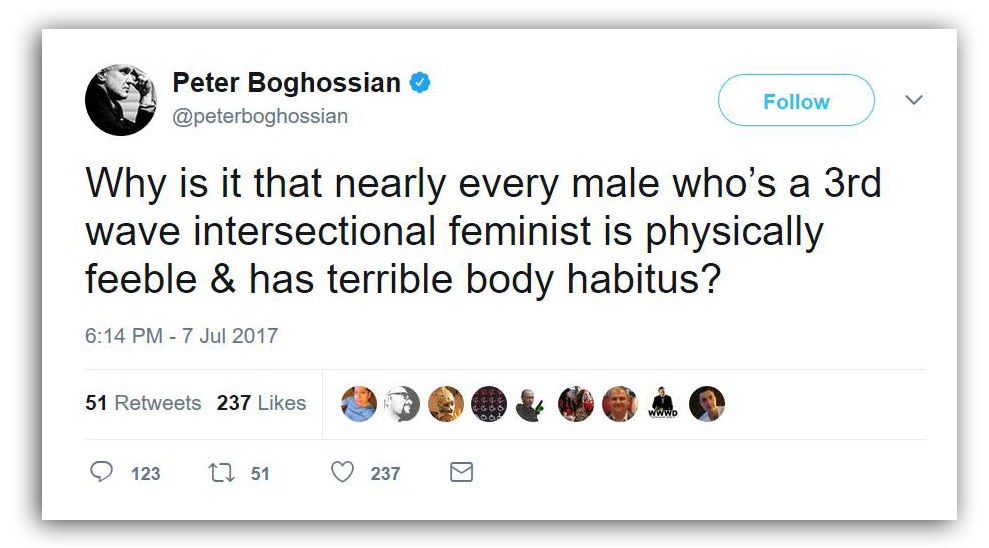 He has, since, walked it back a bit, which is understandable given that his tweet was pretty stupid. I responded in my own way, immediately. But I didn’t say anything because I was hoping for a “thank you” or perhaps an “LOL” or something. That’ll teach me not to have high expectations. Here was my response: 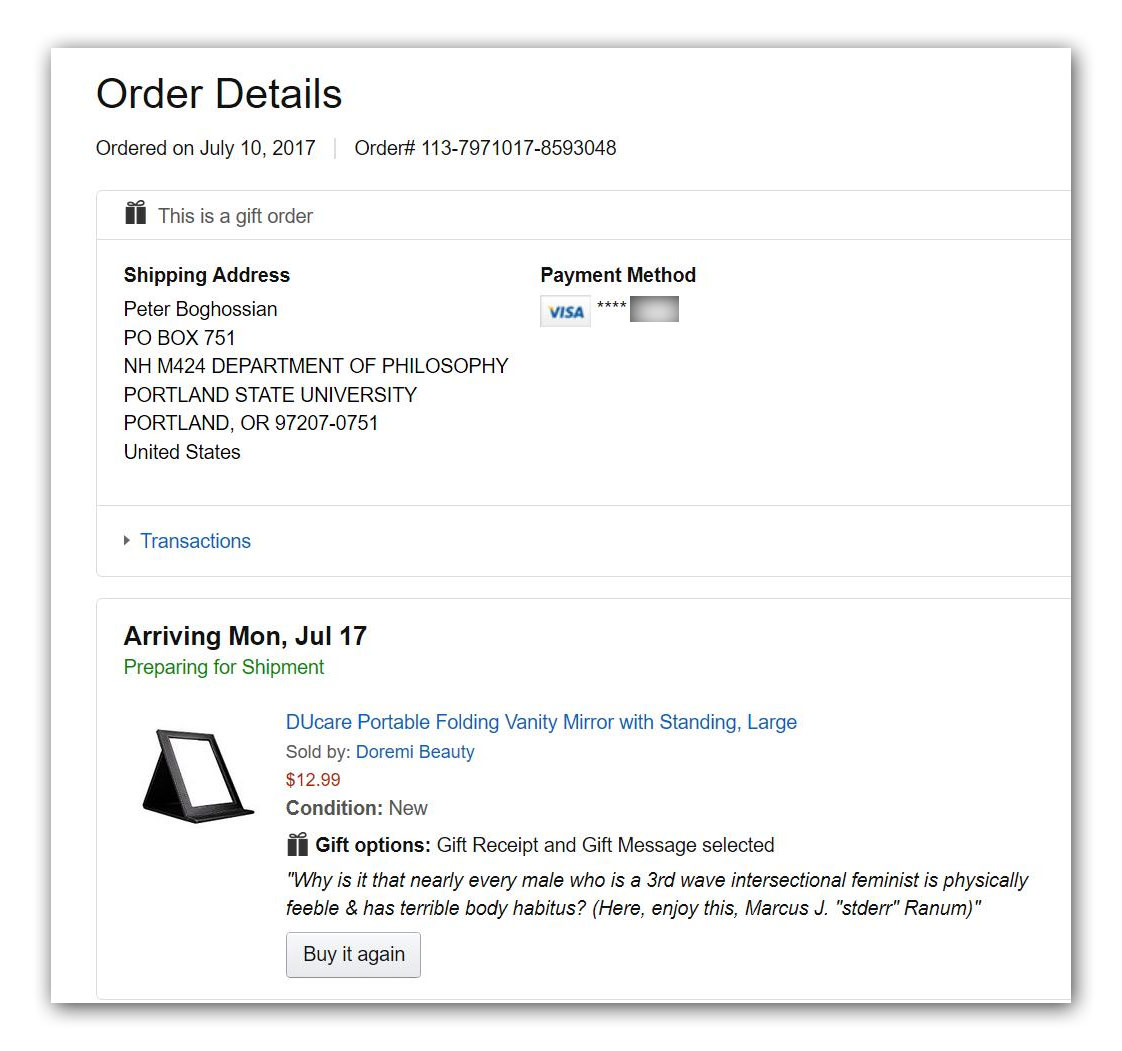 I’m not very impressed with Boghossian’s philosophical acumen; he should have seen how his statement was sure to elicit a variety of negative responses. In terms of strategy, I can only see it as “asking for an ass-kicking” (which several commenters on his time-line appear to be offering in veiled terms)  It’s the kind of “Land War in Asia” blunder I’ve come to associate with Richard Dawkins, so Boghossian is in good company there.

I will probably have to do an “Argument Clinic” posting regarding some of Boghossian’s Blunders but I’m not sure how long it will take for me to work up enough GAF. But he’s remarkably sloppy for someone who condescends to try to teach strategy.

Let me say it here first in hope that eventually some musician uses it in a song: “I’ve got Amazon Prime, motherfucker! You don’t mess with someone like that!”

PS – I’m not fond of labels but I suppose I am a 3rd wave intersectional feminist if someone wants to slap that label on me. I’m aging but hardly physically feeble and I’d like establish that if Boghossian ever wants to arm wrestle or perhaps race up the Eiffel Tower stairs, he can have his seconds contact mine. But, first, he should take a good look at the guy in the mirror.

A Rigged Demo » « Perks for Cops