Today’s the anniversary of the day that the French stormed La Bastille, the prison that had become a symbol of the power of the monarchy.

The French Revolution, which turned into The Terror, is the best known of about 9 revolutions that took place in France – some more, some less successful. [stderr] [stderr] It was a tumultuous time, to put it mildly. And it was a long time – 1645 to 1848 or thereabouts. 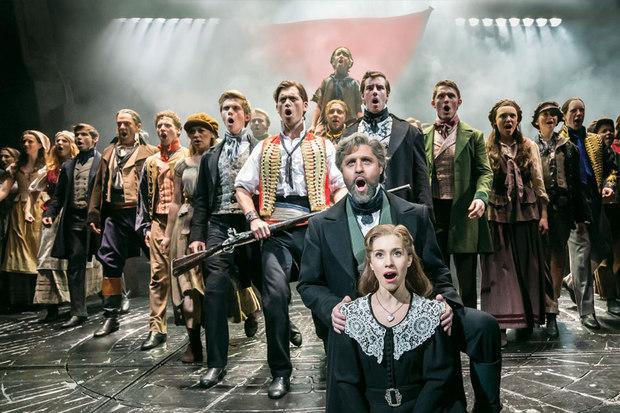 The hussar’s style tunic with the sleeves cut off is a giveaway: 1832 (Les Miserables) [source]

There is a famous story that Richard Nixon and Zhou Enlai were talking about revolutions that had failed and succeeded and Zhou said, “it’s too early to tell” about the significance of the French revolution. Apparently he was somewhat mis-quoted and may have been referring to the student rebellions of the 1960s. [myth] 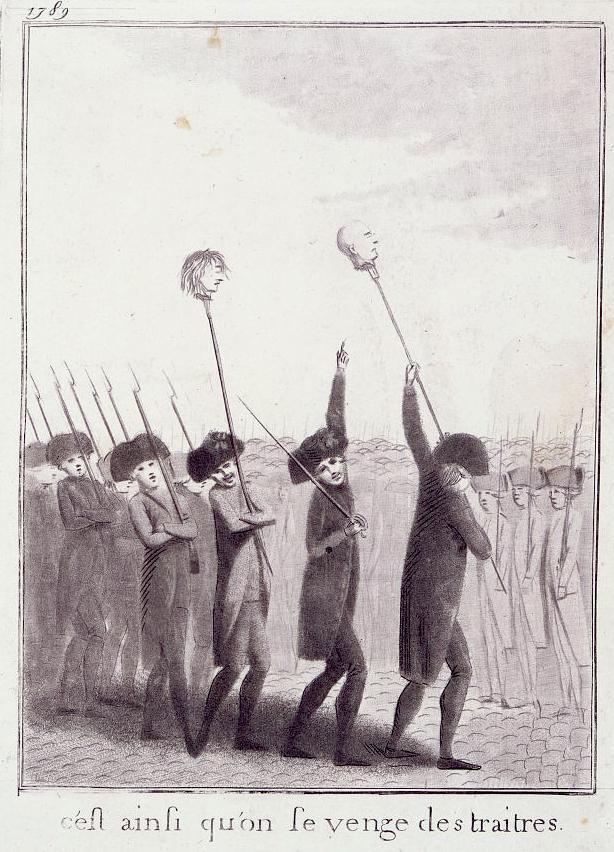 “this is how we take vengeance on traitors”

Anyway, I thought I’d decorate this page with some picture illustrating the topic, but when I do a google search, it comes back with a lot of mish-mosh. There are people using pictures of the revolution of 1848 on articles about the revolution of 1789. Or the “Liberty leading the people” painting (because: breasts! shaved armpit!) which is from the revolution of 1832! Les Miserables is set in the 1832 revolution, which was a notable affair because of the way in which the French had professionalized mob rioting to the point where the standing army was not safe entering Paris. That’s when the “Aux Barricades!” cry dates from.

So, if you want to organize your French revolutions, think (roughly) this:

There are layers of fractal detail around and between. Even the storming of La Bastille was not exactly a watershed; there were many events prior to then, which would have counted as the beginning of the revolution, such as the Women’s March on Versailles. [women march] 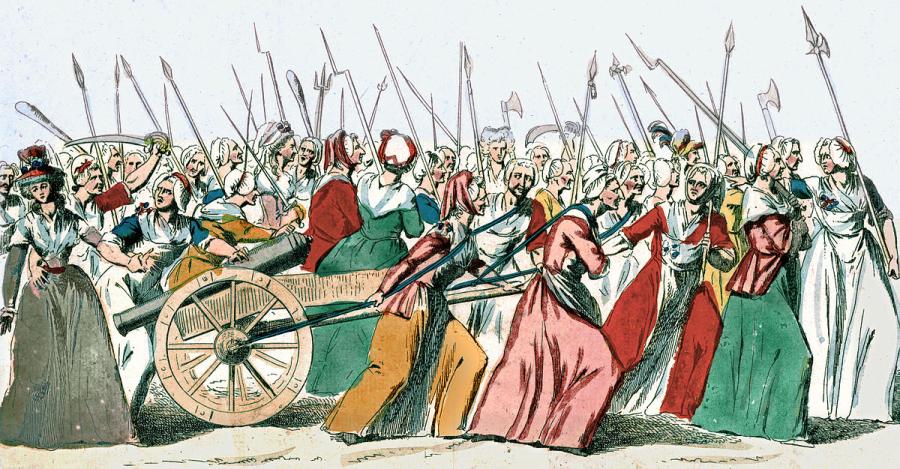 La Bastille was stormed and the mayor’s head was paraded through the street stuck on a pike (did I mention, the French are hardcore?) and the explosion of violence began.

The collapse of France, from the greatest power in the world, under an absolutist monarch, Louis “L’etat c’est moi” XIV, tells us many things about the inertia of global power. When the USSR collapsed, many American ‘policy thinkers’ announced that Russia was no longer a power to be concerned with, and that history was at an end. One might have said as well about France in 1789. Stick a fork in it, it’s done. Hardly. 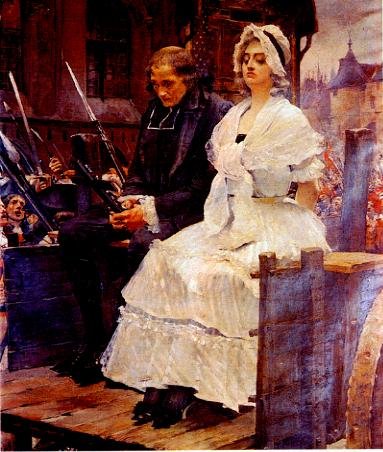 Marie Antoinette: dignity at the end

I despise the Santayana quote (“those the do not understand history are doomed to repeat it”) because it’s so facile; there are lessons, to be sure, but there’s also a fractal infinity of detail. The lessons, other than that history is not at an end, are that revolutions are never pretty and they aren’t a quickly resolved matter – it’s never the case that there’s a revolution and presto-chango, there’s a functioning republic a few years later. What there are are horrible times, more horrible times, more horrible times still, moments of hope, and more horrible times. When I encounter people who talk “we need another revolution” they have forgotten what happened to the loyalists in the colonies after 1776, they have forgotten the Whisky Rebellion and Shay’s rebellion and the civil war. Because, if you take a step back and look at the arc of US revolutionary history, and you’re Chou Enlai, you might see the revolutionary war and the civil war as being connected in the same way as the fronde and Napoleon’s rise to power. Or World War I and World War II. These massive disturbances have knock-on effects that are long-lasting and cause generations of pain.

Do not wish for revolution! Wish for the product of revolution: civil society in which the government is beholden to the people. The trick is to get the establishment, which always wants to accrue and cling to power, to understand that if they don’t negotiate in good faith with the people, they are also choosing revolution. The many French revolutions owe as much of their origin to the political mistakes of nobles, rulers, kings, and soldiers as they do to the passion and anger of the mobs.

Bastille Day usually meant one thing to me: fireworks! At the village near my parents’ house, Marcillac, the sapeurs-pompiers (firemen) would put on a fireworks display which usually ended with a weird ritual where a guy would climb under a wooden frame of a bull, covered in wet hide and fireworks all chained together, then run at the crowd with roman candles and whirligigs and bottle rockets shooting in all directions. I don’t recall anyone ever being hurt, though I’m sure there were some drunken skinned knees and holes burned in clothes. 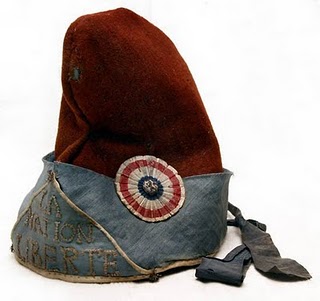 (Sapeurs Pompiers is literally “sappers” and “pumpers” – the old military term ‘sapper’ is “the guy with a pickaxe who builds entrenchments or who digs mines under enemy fortifications. Basically, the grunt-worker who do what the “engineers” tell them. I love that the term is still in use.)

I wish I had planned ahead and been able to go to some of the women’s rallies with a ton of Phrygian caps and tricolor rosettes and yarn and knitting needles to hand out.

Kind of Embarrassing / Memo to Myself » « Film Review: Z