It’s hard to estimate the impact of movies that slant our way of seeing things. I think I was 15 or so when I saw Z the first time.

Political cynicism is hard to avoid, when you grow up watching stuff like this. I remember it as being riveting; compared to  thrillers nowadays it seems quaint and a bit krufty.

The movie begins with a disclaimer: 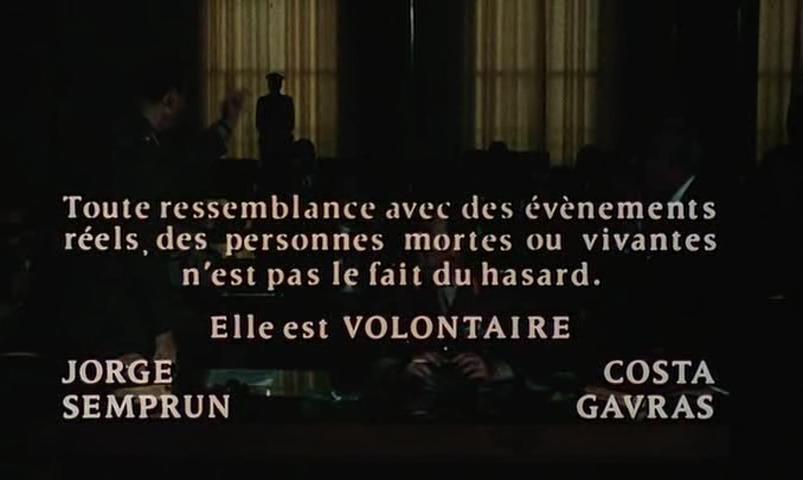 “Any resemblance with real events, or people dead or living is not accidental. It is deliberate.” 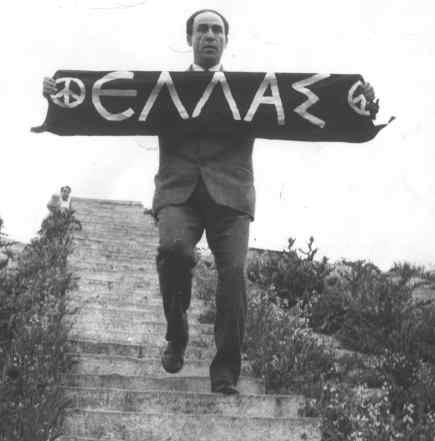 In May, 1963, Greek peace activist Grigoris Lambrakis [wikipedia] was brutally assassinated by a pair of thugs who were probably put up to it by the regime; they were certainly supported and closely associated with the government. Everyone expected a white-washing to happen but, surprisingly, prosecutor Christos Sartzetakis uncovered the linkages and filed charges. Subsequent events were muddy.

Lambrakis was an interesting character – the government had attempted to suppress a peace march that Lambrakis was taking part in, and the police shut down the rally and arrested many of the marchers. Lambrakis, being a parlimentarian, had immunity, so he finished the march alone – one man, carrying his sign. That was a month before he was killed.

Z recreates the events surrounding Sartzetakis’ investigation and director Costa-Gavras uses techniques that are now familiar, of cutting the camera’s view into the conversation and events so that we feel like we’re in the middle of what is going on. When I see something like the opening scene of Reservoir Dogs it’s familiar to me, thanks to Costa-Gavras. It’s also familar to me because everyone is wearing 1960s fashions and it’s what I grew up with; the color registry of the old film, the wide lapels, the music – it takes me back to when I was a kid. It also takes me back to when I started to become cynical.

The US government, of course, was supporting the Greek dictatorship at the time; Linus Pauling questioned whether the Kennedy Administration was willing to deny the CIA’s involvement in the events covered in Z but didn’t even manage to get a “no comment” from the US establishment. Tom Hayden of the SDS and the US Senate writes [huff]:

Perhaps “Greece in the Sixties” is remembered in another historical category because of the dictatorship, but the omission in Sixties historical literature is a serious one, promoting the popular understanding of the Sixties as mainly concerned with middle class lifestyles. This is distorted historiography. Greece after all was the fulcrum of the Cold War which dominated the Sixties generation. The 1967 coup was one of many CIA-assisted ventures that were typical of the time. The Greek dictatorship was imposed in response to the departure from Cold War politics that the Center Union coalition represented. The November 17 movement’s resistance to tanks on the Polytechnic campus was a symbol as great historically as that of Tlatelolco Square in Mexico City five years earlier. If I may say so, Melina Mercouri was as great a global figure representing a revolution in the arts as was Jane Fonda — and Mikis Theodorakis as great as Pete Seeger, and Costa-Gavras as great as Stanley Kubrick.

Today, in Trumpistan, resistance is being demonized by political extremists on the authoritarian end of a spectrum. That’s not new: in the 60s resistance was becoming violent; instead of a second southern insurgency, the US regime was facing the threat of a youth rebellion allied with the civil rights movement. Youth was against the pointless war in Vietnam, and the civil rights movement was for justice. In the end, the establishment used “divide and conquer” strategy to give enough in both directions, then peeled that alliance apart. 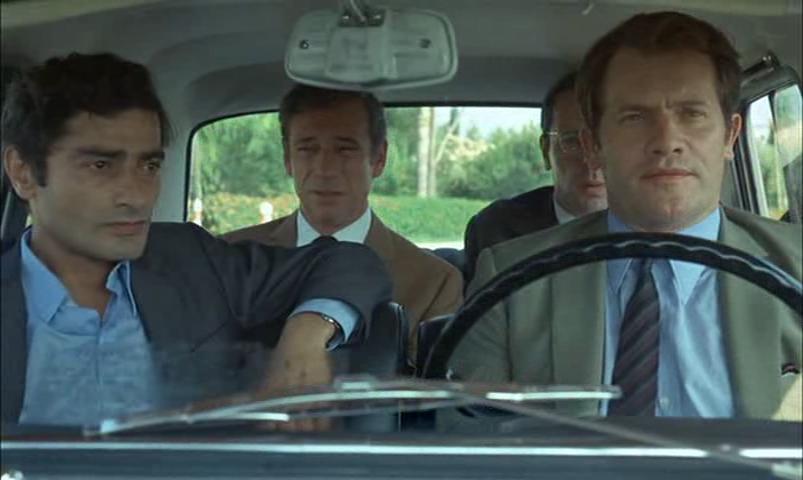 Costa-Gavras’ film-making and Stanley Kubrick’s both come from a time when television reporting constructed our idea of dynamic story-telling. The colors, composition, and movement in Z feel vaguely similar to Full Metal Jacket, for the same reasons. And I’d say this film is a masterpiece even though it feels slightly dated.

It is a film for our times, that reminds us that not all terrorism comes from religious extremists. In fact, most terrorism is done by governments.