Caine has a post over at Affinity [aff] about Valley Fever – a poor person’s disease.

Back in the late 90s I started a company, which entails borrowing a few million dollars from very rich people, in hopes of turning their millions in to tens of millions (for them) and pocketing a bit oneself. Capitalists call this “creating jobs” but really it’s rent-taking: otherwise the money would sit in a portfolio somewhere offshore, growing inexorably thanks to the favorable tax laws that make Wall St a front-end for a gigantic scam in which the very rich make lots and lots and the middle class (if the very rich aren’t skimming too much that year) make enough that they don’t catch on and slaughter them. If you think I’m exaggerating, I’m not. Even a mere centimillionaire’s standard of living is shocking to a normal person. A billionaire’s life is so profoundly different from everyone else’s that, as Harry Harrison* once wrote, “the rich are a different species.”

One of my investors, Stanley S., a sweet old duffer who spent his life playing golf and gambling on startups and horses, had made his fortune running a wedding mill in Montauk, NJ. He earned it. Another had bought a mis-managed company that made batteries, turned it around and flipped it to Duracell, then backed the guy who started Home Shopping Network, and cashed out with a few hundred million dollars. Which, he then proceeded to multiply dramatically. None of them talk to me anymore, because I no longer represent possible additional wealth for them, but I’m pretty sure Lewis S. could tell me some Donald Trump stories – but he wouldn’t. Lewis used to meet with me at the suite he owns at the Ritz-Carlton in NYC, up on the top floor. The suite is always there in case he or anyone in his family want to fly the gulfstream in for a day and need a place to crash.

I had a call scheduled with Stanley and his executive assistant called me and said that Stanley couldn’t make it because he had an emergency and was going to be offline for a few weeks. Then, through some back-channelling, I learned that Stanley had been hit by a golf cart and his hip had been broken. That’s a serious injury for a 70-year-old, but I was assured that he was getting the best medical care and his prognosis was great. What that meant, it turned out, was that Stanley was holed up in a suite in a nice hotel in Pebble Beach, and his personal physician was in the suite next door. The best surgeon available had been flown out (from Mayo Clinic or Johns Hopkins, I forget which) and they had cleared a surgical theater at some local hospital and moved their own staff in, checked the place out, and done the repairs. That’s how medicine is for the rich and the powerful.

When I broke my jaw in 2013, I went to the local hospital and was told that the facial specialist would be in Monday and here’s his number to schedule an emergency appointment. Oh, and here’s a scrip for Vicodin, go home. When I woke up the next morning my pillow was covered in CSF that had dripped out of my ear during the night. I was in shock and they hadn’t even done a basic neuro check; I was too out of it (especially when the Vicodin hit and the shock sunk in) to think. That’s what medical care is like if you have good health insurance like I did at the time. I’m embarrassed to admit that the next morning, when I came out from under the Vicodin, I hired a limo (smooth ride is good when you have teeth that are banging together on a shattered mandible!) and got my ass to Johns Hopkins, 200 miles away. When I staggered out of the limo, into the reception at JHH, someone immediately yelled “head trauma” and I was getting a neuro check, shock was expressed about what was leaking from my ear, and someone jabbed me with a godzilla dose of antibiotics and some “feel great” stuff. I ruthlessly leveraged my privilege – my sister’s (a big-shot partner at Baltimore’s most prestigious law firm) dance partner is head of surgery at Johns Hopkins and I come from a Hopkins family, so I only had to wait another 6 days before I could get it set, and my teeth wired together. So: I am extremely privileged and was able to throw money at the problem; my experience was vastly better than what a typical denizen of Clearfield, PA, could expect.

Let me urge you to read this article in the New York Times. It lays it out pretty well. [nyt]

SAN FRANCISCO – When John Battelle’s teenage son broke his leg at a suburban soccer game, naturally the first call his parents made was to 911. The second was to Dr. Jordan Shlain, the concierge doctor here who treats Mr. Battelle and his family.

“They’re taking him to a local hospital,” Mr. Battelle’s wife, Michelle, told Dr. Shlain as the boy rode in an ambulance to a nearby emergency room in Marin County. “No, they’re not,” Dr. Shlain instructed them. “You don’t want that leg set by an E.R. doc at a local medical center. You want it set by the head of orthopedics at a hospital in the city.”

Within minutes, the ambulance was on the Golden Gate Bridge, bound for California Pacific Medical Center, one of San Francisco’s top hospitals. Dr. Shlain was there to meet them when they arrived, and the boy was seen almost immediately by an orthopedist with decades of experience.

For Mr. Battelle, a veteran media entrepreneur, the experience convinced him that the annual fee he pays to have Dr. Shlain on call is worth it, despite his guilt over what he admits is very special treatment.

“I feel badly that I have the means to jump the line,” he said. “But when you have kids, you jump the line. You just do. If you have the money, would you not spend it for that?”

I sure as hell jumped the line, when my brain-juice was leaking down my shirt, I was seeing double, and spitting blood. Steve Jobs, when his woowoo therapy didn’t help (honestly, nothing would have: he had advanced pancreatic cancer) used his money to buy a residence in a state where the line for liver transplants is short so he could get a slight shot at another year of life. When Ghandi, who had denied his wife advanced medical care – he hated that western nonsense – was dying, he hopped a private jet to the Mayo Clinic. Nothing causes a re-assessment of fairness like impending death.

As Caine cites at Affinity:

New research directly links the rise in Valley Fever to the rise in dust storms, which in turn is driven by climate change. Valley Fever, which the Centers for Disease Control and Prevention calls “a fungal lung infection that can be devastating” is caused by inhaling soil-dwelling fungus. When the soil dries out and turns to dust, the wind can make the fungus airborne. 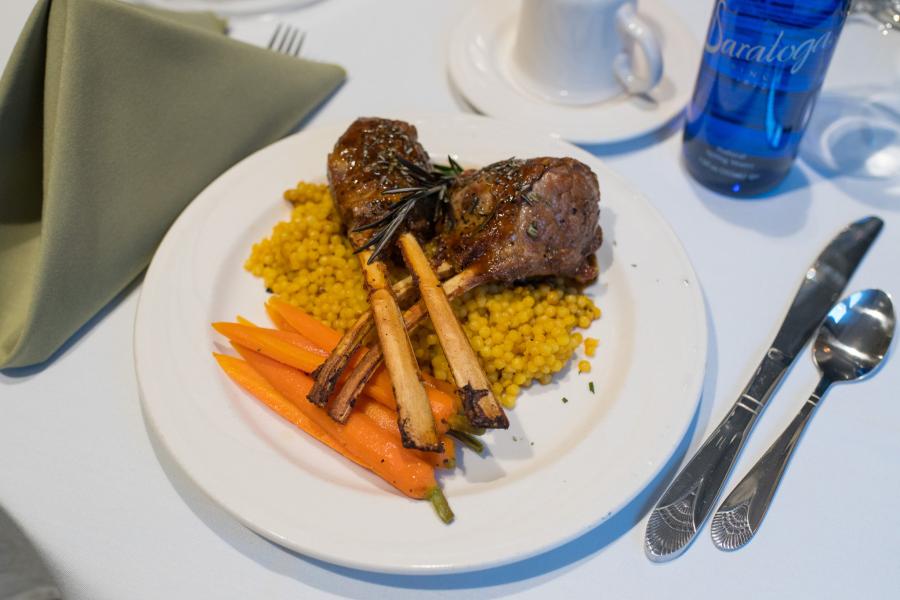 I didn’t experience the food at Johns Hopkins (I used to work there in the 80s. Not interested.) because I was resorting to using a dispenser bottle to squirt coffee and pureed baked beans (not mixed, I had 2 bottles) through a convenient hole on the left side of my jaw where I am missing a molar. Also, like most people: I was an outpatient. “Outpatient” means ‘you really don’t want to know what a night here costs, so we’re sending you home to where your suffering isn’t visible.” But I’m sure that, at the right hospital, someone would have whipped up some lobster bisque for me without my even asking. But only if they mistook me for a Congressperson.

Part of why the American system works, with its massive inequality, is because the super rich hide how good they’ve got it. What you see in the media, as “wealth” are clowns, like the Kardashians, or Johnny Depp, and the stories are calibrated to show that the mighty fall and the middle class still have upward mobility. Johnny Depp is going to lose his $100 million island that used to be Marlon Brando’s. Meanwhile, the deep wealth of the truly rich becomes like a black hole, distorting everything in our civilization that comes into its radius, accreting more and more to itself and never letting go. Like a black hole, deep wealth cannot be seen except through its second-order effects: a political system that is constructed to enshrine it and worship it, and a massive army of Renfields that have been duped into serving its interests, instead of their own.

*I think it was Harrison. Maybe it was Haldeman. Unfortunately, I don’t remember the name of the story or I’d be re-reading it right now instead of writing this. [SPOILER] The story was about a guy who meets a mysterious woman. They fall in love. She suggests they visit this island getaway she knows of, and he agrees. It turns out to be a sort of paradise, with a beautiful hotel (where they stay) and great food and a pretty little town with locals and beaches and whatnot. Over time, the hero slowly has the dawning realization that his girlfriend is rich. Very rich. In fact, when she decided they were going to have a little getaway, someone bought the island, renovated the hotel, and flew in a bunch of actors to be “locals” and some top notch cooks. That’s just a side-bit to the story, which is otherwise also pretty scary. Billionaires can do things like that. They really can. They usually don’t, but not always. 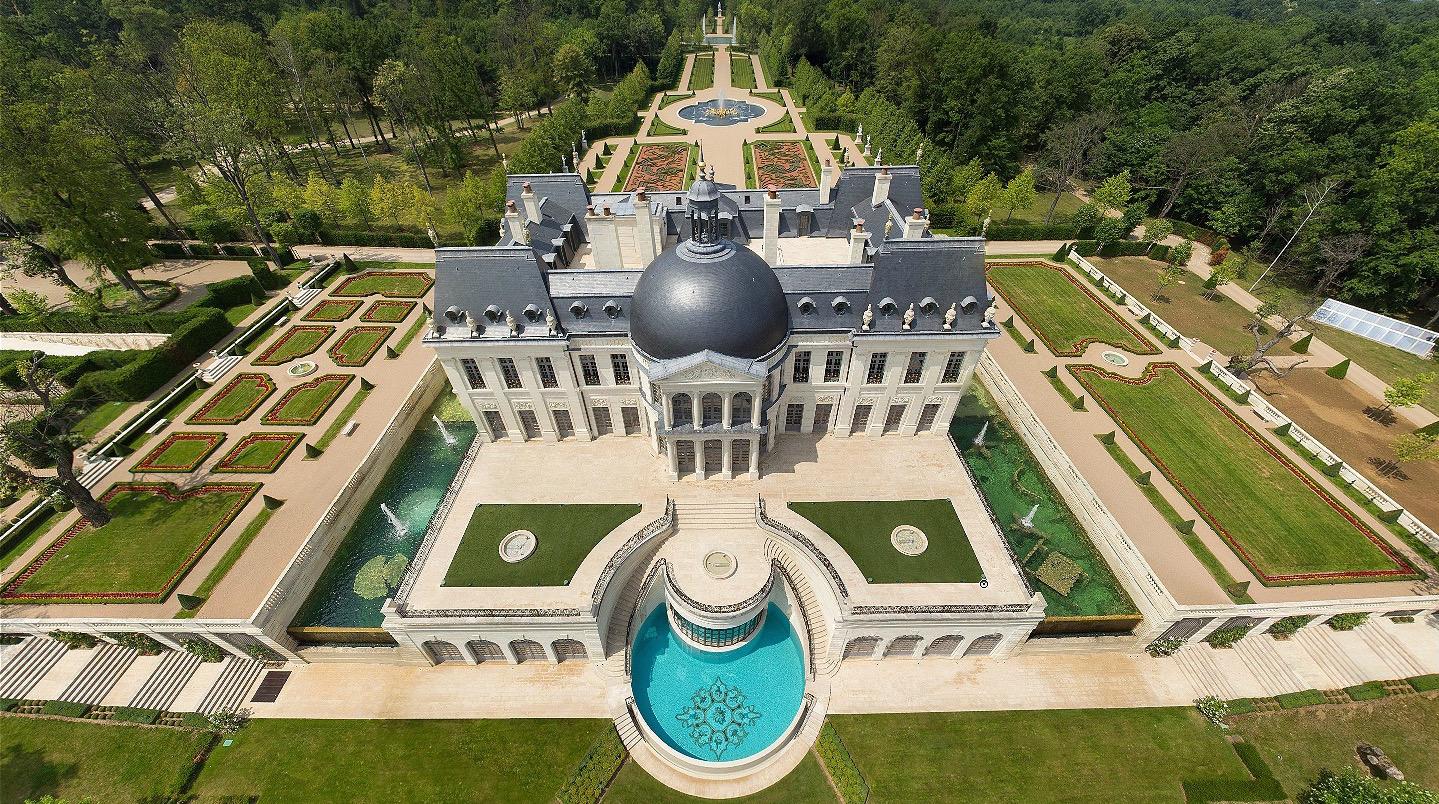 That’s one of Adnan Kashoggi’s houses, which is a replica of Vaux-le-Vicomte. It sits empty and unfurnished. Which, in my opinion, is a criminal waste. It’s quite stunning inside – see the full article [here] – think how many jobs that created! The wealthy are looking out for you!

PS – the Great Leveller got Kashoggi. Time is the one thing that money can’t buy.

The Squirrel People are Coming » « Argument Clinic: Supplemental on ${topic1} and ${topic2}