It came to my attention that one of the FtBloggers doesn’t like squirrels.

I get brainfarts a lot. So I immediately thought of “secret squirrel” which is what we used to call wanna-be intelligence spooklets: you know the type, they go around saying “I know this and that but I can’t tell you.” (which I discuss here [stderr]) 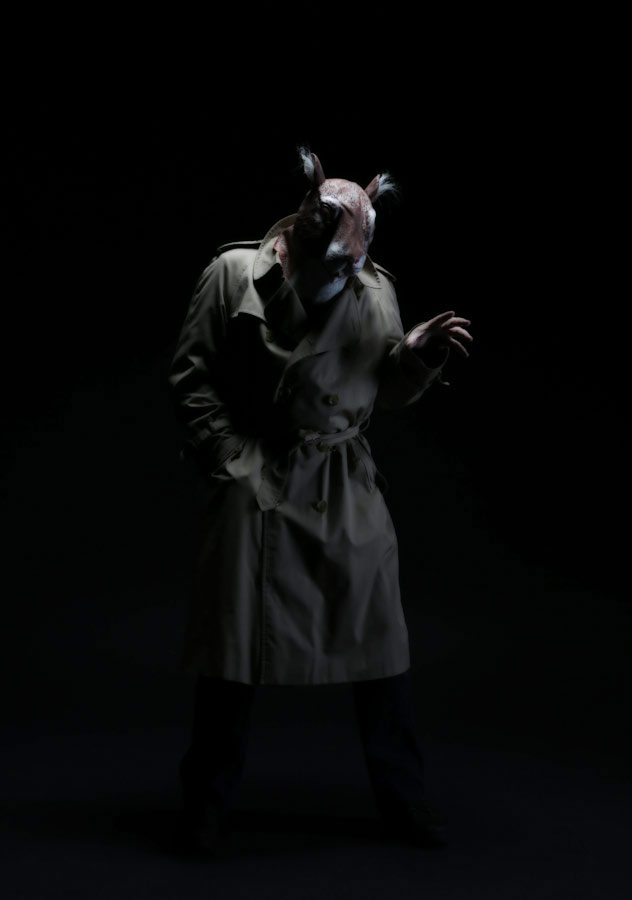 I was looking around on Ebay for a latex Donald Trump mask, and found a page of cool masks including a Squirrel. Well, I have a trenchcoat! And a camera! And lights!

This is a very simple cinematic lighting trick that I use a lot. I have an overhead Chimera pan softbox mounted up in the ceiling beams, that I can hook up to the strobe controller with an extension cable. The rest of the light is a carefully-positioned gridded strip softbox off to camera right, dialed to give me f/8 against the overhead box’ f/22. My hand is in my pocket because I control the camera with a pocketwizard (appropriately named in this example) remote flash trigger modified to trip the camera. To position and compose the scene I hang the coat on a light-stand where my head will be, make sure it looks right, then position myself with my head where the stand’s end was, put the costume on, and goof around for a few minutes, pushing the button occasionally.

May Be Experiencing Mild Turbulence… » « Meanwhile, in the Plutocracy