Someone over at dkos described the republican controlled house as a “goat rodeo” and I immediately decided to steal the term. It has way better visuals than that old stand-by “clusterfuck” and I don’t want to think about what that would even look like.

Naturally, I asked Midjourney and GPT-3:

A goat rodeo is like a comedic circus act where participants attempt to tame the wild and wily goats. These creatures are known for their intelligence and cunning, making it a true test of skill for the would-be wranglers. Expect to see hapless participants slipping and sliding on hay bales, desperately clinging to the goats as they try to make an escape. But don’t be fooled by their silly antics, goats are quite sly and will use every trick in the book to outsmart their handlers. It’s all in good fun and a great way to get a laugh out of watching people get bested by these clever creatures. 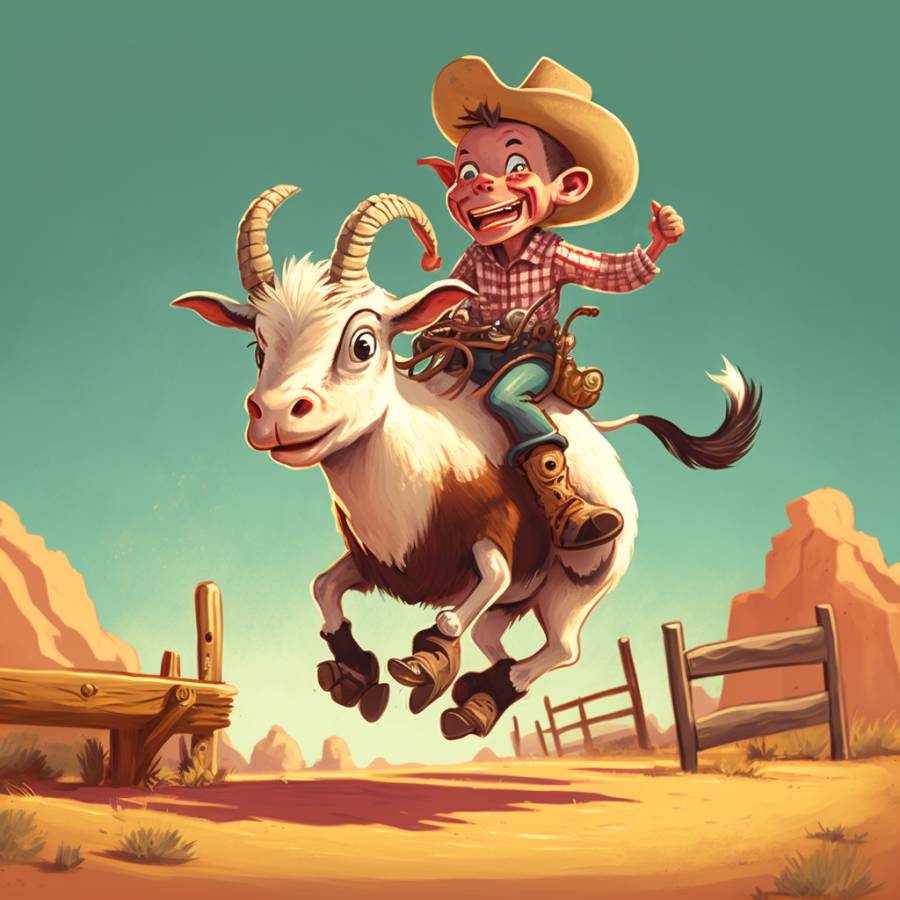 One of my old friends used to keep goats and had a party where a bunch of people showed up and parked their cars in a field nearish to the goats. In the morning, some of the owners of fancier cars were horrified to discover that the goats had been playing “king of the hill” on their priceless, polished, trophies.