Humans really have to stop putting people into authority based on their wanting the position – there ought to be minimum qualifications specified for a politician. For example, a smattering of economics, medicine, philosophy, and a history of successful public service, not simply “how much money did they raise for our caucus?”

I thought this was a parody, at first and had to check, “yes it’s Reuters, not The Onion” [reuters]

British Prime Minister Rishi Sunak faced criticism on Saturday for seeming out of touch with ordinary people when he asked a homeless man at a charity whether he “worked in business” and wanted to get into the finance industry.

Sunak, a former Goldman Sachs banker and one of Britain’s wealthiest people, was serving breakfast at a homeless shelter in London on Friday, when he began chatting with a man who identified himself as Dean.

“Do you work in business?” the prime minister asks the man at one point during the conversation, as he hands him a plate of sausages, toast and eggs. 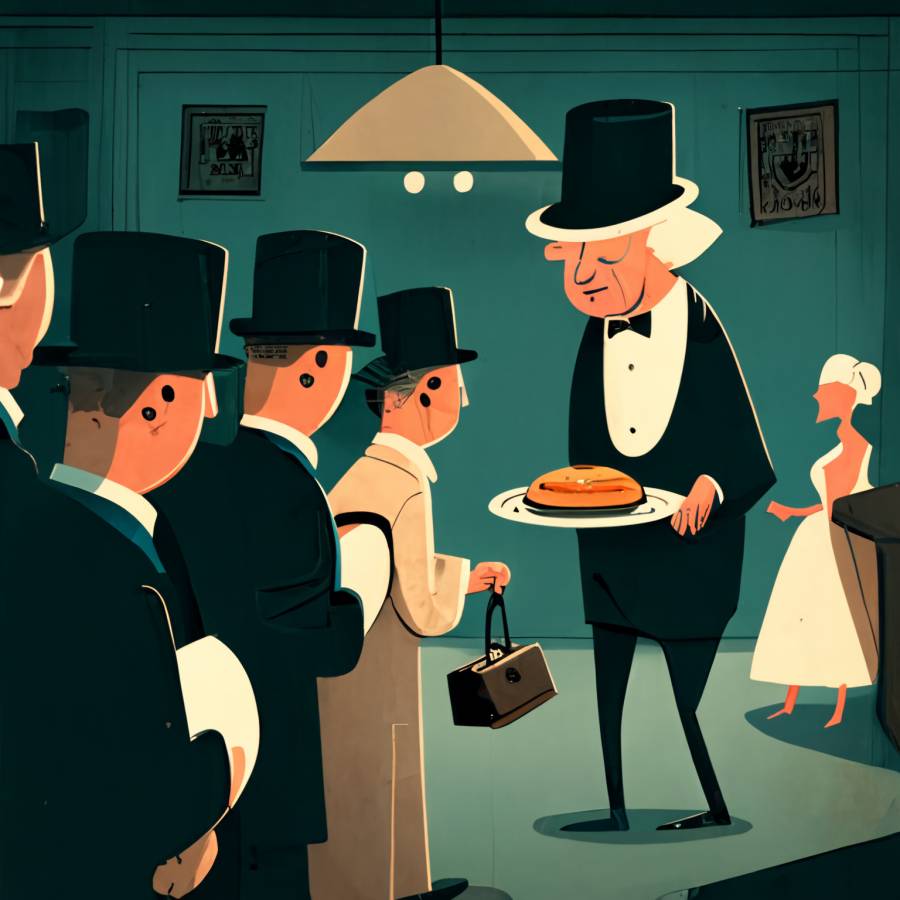 It reminds me of the old Mad Magazine “snappy answers to stupid questions” series. What are some of the other things Dean should have said?

I don’t get it. Sunak is clearly capable of getting dressed in the morning and people have given him the responsibility of running an entire country.

Christopher Hitchens briefly tried to promote the use of the term “tumbril remark” and wrote an article about it at Vanity Fair. [vf] My opinion of Hitch has decayed over time; I’m starting to see him as just another crypto-right-wing jerk, only more articulate than usual. Not glad he’s dead, but happy I am spared watching him reveal himself as a jerk, in the manner of Glenn Greenwald and Matt Taibbi. [I had trouble retrieving Taibbi’s name so I googled “rolling stone writer who turned out to be a jerk.”] 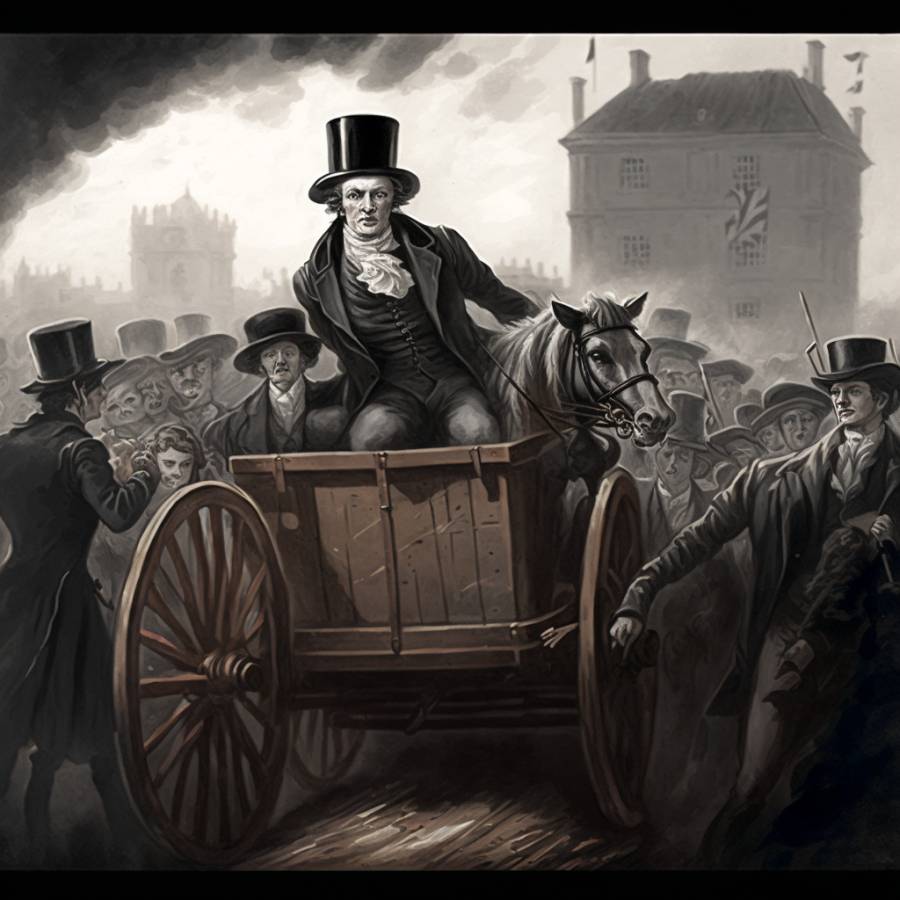 Midjourney AI and mjr, “the british prime minister stands in the back of a farm cart, being taken for a ride. in the style of delacroix. detailed –v4”

The “content protection” features of AIs are pathetic and stupid. First off, it’s just more of Americans’ profound discomfort with and fascination in the human body, and discomfort with image editing because we want to insist that reality is what we see. It warns you not to try to get around them. So, for example “the british prime minister is standing in the back of a manure cart” gets blocked for “manure” not the fact that someone is about to die. How stupid. But you can provide image references and the AI will interpolate them, so you get the manure cart with an image from the French revolution and there you go.

More Detailed B.S. » « All My Base Are Belong To Me