One thing I love about metalwork is that there’s so many paths you can walk down pursuing your muse. The same applies to all materials, of course: clay, steel, paint, wood, whatever. But I love steel because there is such a level of commitment to working with something so obdurate.

There’s an artist on instagram whose work I follow, who (among other things) sometimes makes functional reproductions of medieval treasure chests. I’ve seen a number of such chests in museums in Europe (I think there is one at the Met, too) – they were top-notch security in their day. 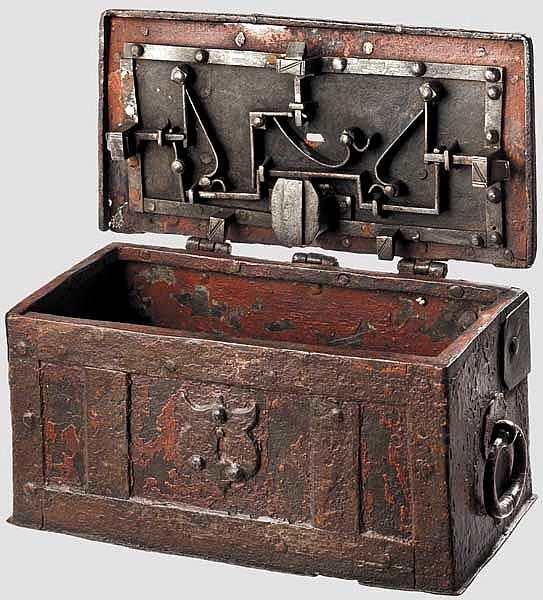 Naturally, such a thing would fall fairly quickly to an angle-grinder with a diamond cutoff wheel, but they didn’t have those until recently. The weight and obviousness of the box was another aspect of its security.

This is one of the boxes Javos has made: 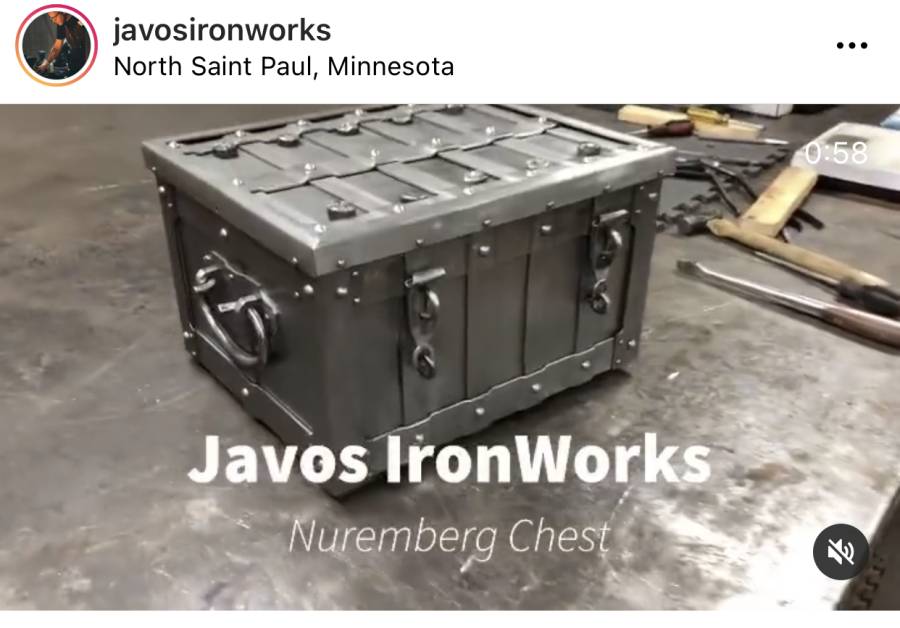 That’s a lot of steel. 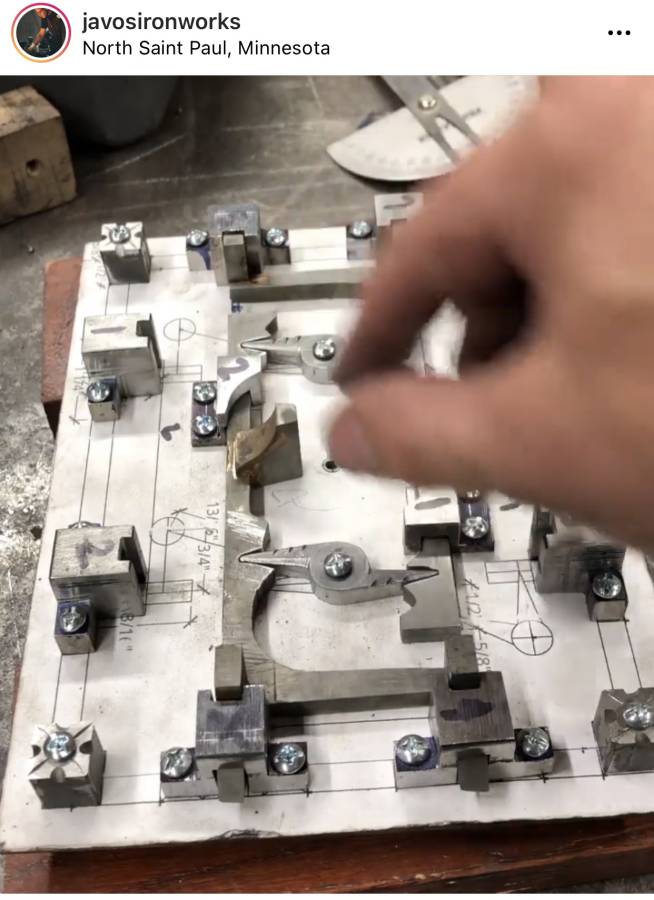 The components of the door latch are all laid out on a test-board to ensure the design functions correctly, and they are made and assembled there before being transferred to an actual box. 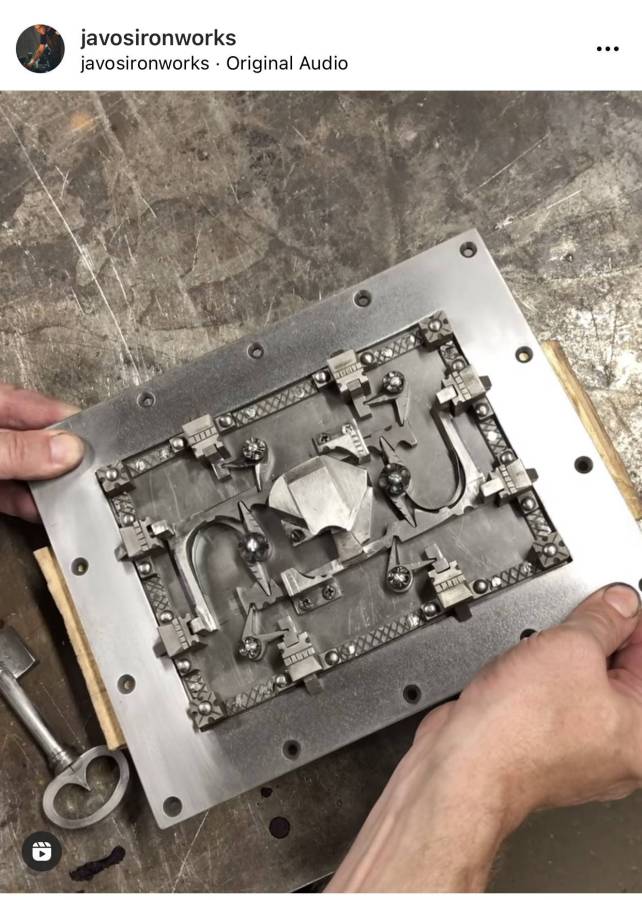 The finished door, latched into its frame. These are stills grabbed from videos he posts every so often.

What made him decide to make such things? I would like to know.