In an earlier post, I commented about CIA’s Base Eagle in Kabul [stderr]. It’s fun to find such things, but I wanted to keep my obsessive curiousity disengaged. It’s easy to spend all night scrolling around and eyeballing the world below. And, it’s interesting to see how the views of a place are different. 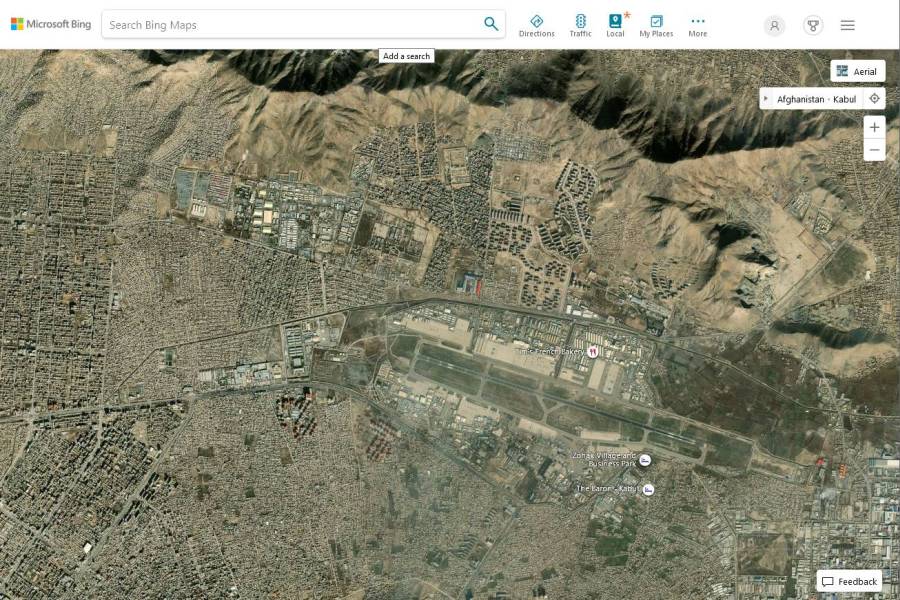 Here it is, highlit: 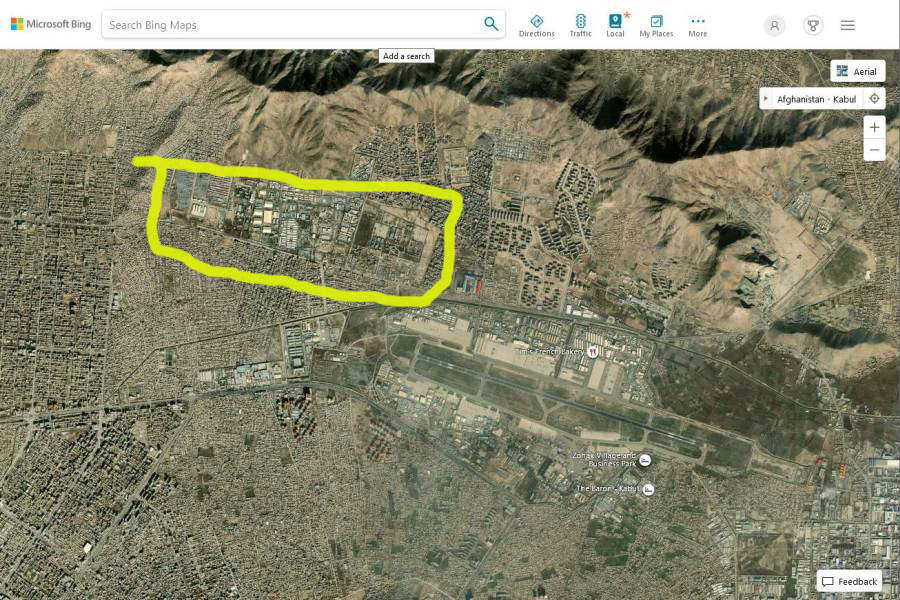 The airport is clearly visible at the lower right. 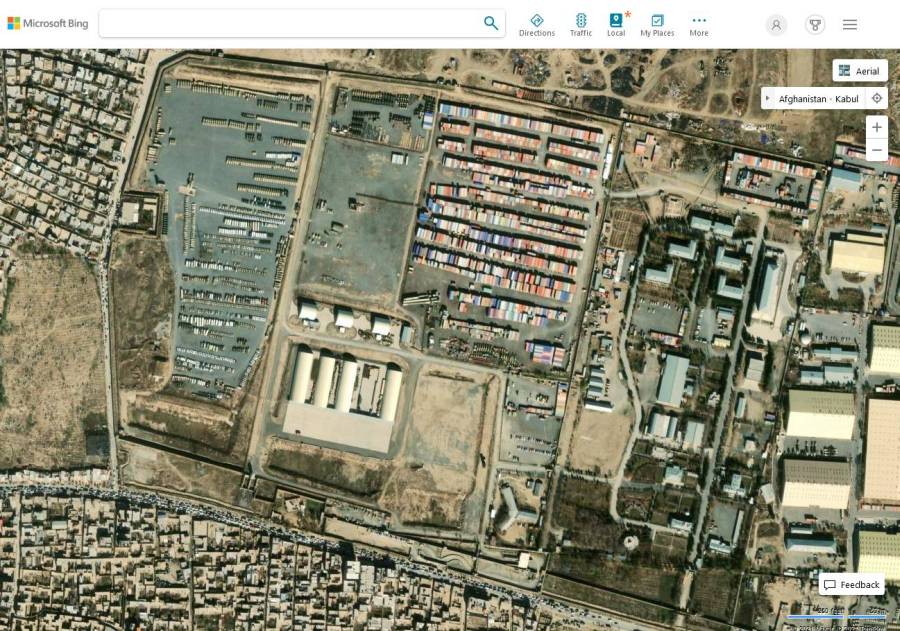 The gates are configured with kill-zones for truck-bombs. You can see the motor pool at the upper left. I wonder if the trifoil-shaped building in the lower center right is a panopticon-style prison.

Allegedly the Eagle Base was one of the places where the CIA tortured people. As time goes by, we learn about more and more of those: there was one in Thailand where Abu Zubaydah eventually lost his eyeball, and another in Poland which was shut down by the embarrassed poles when they discovered what they were party to, supposedly. Eagle Base was also used to “debrief” captives. Aren’t the CIA a bunch of asshole terrorists? It seems that wherever they go, they build torture chambers. How can grabbing people and torturing them be seen as anything but “state-sponsored terrorism”? The US complains bitterly about countries that do such things, unless it’s congress confirming a new CIA director or something like that – suddenly they’re a “patriot.”

Here’s a clue how to translate Washington-speak: when you hear “patriot” substitute in “ultra-nationalist.”

The Strava heat-map has either been manipulated, or the CIA has better control over personal devices than the army and air force: 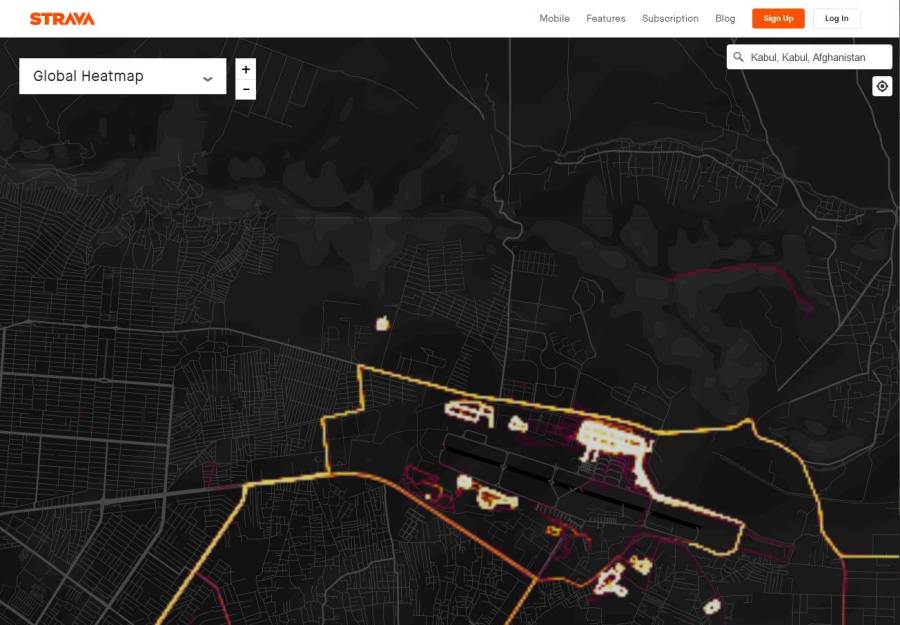 You can see that the perimeter of the airport is a popular jogging path. Also, the Strava heat-maps give a good picture of how many US military are wandering around a particular location. Figuring out where they live and sleep might not be hard but let’s not go there.

I believe Strava heat-maps’ data is purged after it has resided in the server for a year. Does that mean that next year this time (/me sets a calendar entry for a year from now) there will be a lot less activity? I doubt it. Do you really think the US is leaving Afghanistan? We’ll see! 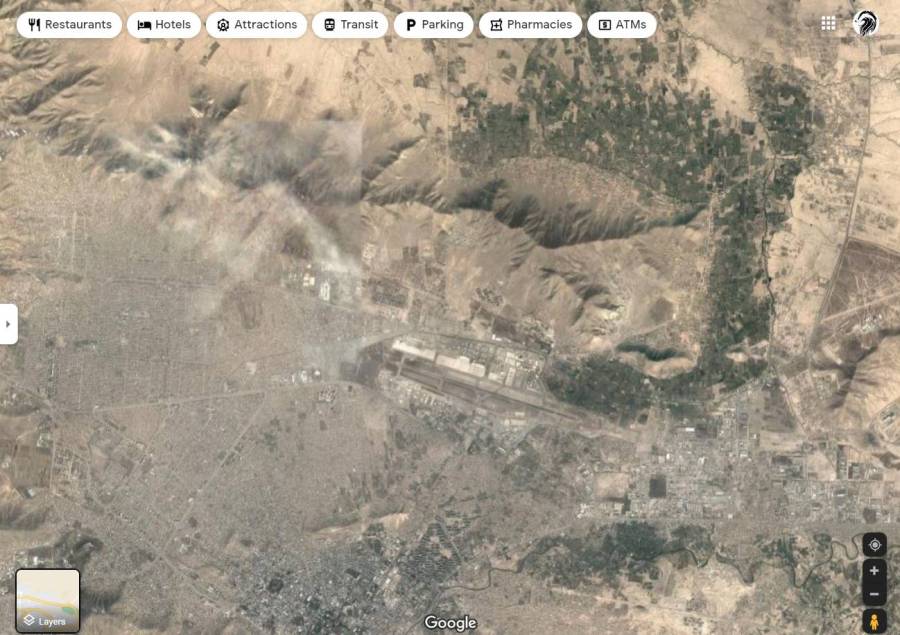 Now that you know where it is, you can see it. But if you didn’t, your eye might just slide past that blurry spot.

I’m surprised that the government hasn’t tried to regulate satellite imagery to serve its purpose, but it appears they’ve gotten fair mileage out of asking Google nicely, and allowing the inertia of the people to do the rest. 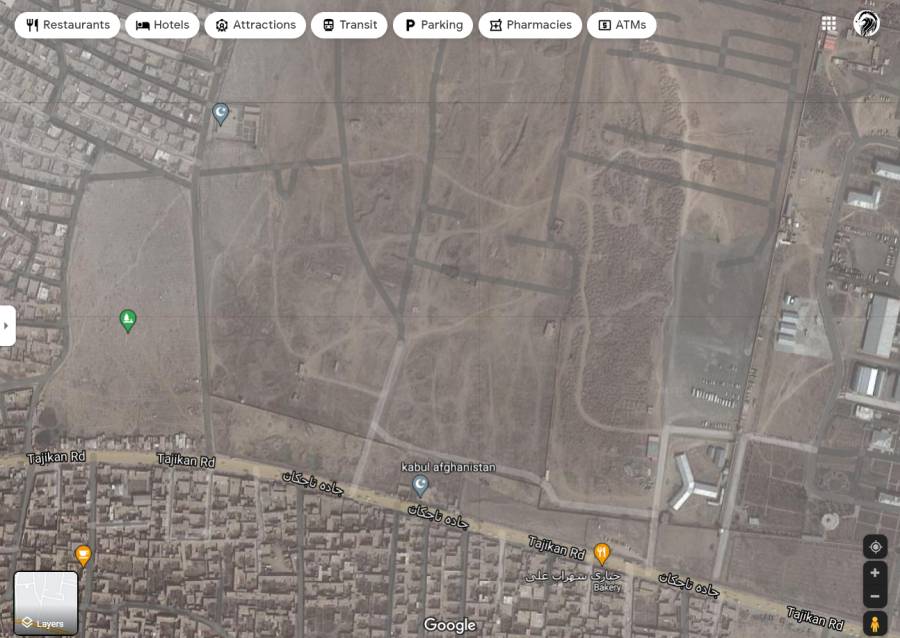 I wonder how far Google had to go back, to before when Camp Eagle was built? 15 years?