This is probably the penultimate report on the shop doors. I feel like that project is finally drawing to a close. It’s about damn time. “Operation Overreach” must eventually come to an end.

I measured the thickness of the bottom of the doors and ripped chunks of polypropylene with the table-saw, then decided arbitrarily that the slot was going to be 3/4″ wide (seems good) and 3/16″ deep. So I did a bunch of cuts on the table-saw and that was that. I made the “foot” – the sticky-out thing – a bit taller than it needs to be, because I think I may have to someday get a finger or a pry-bar in the slot. 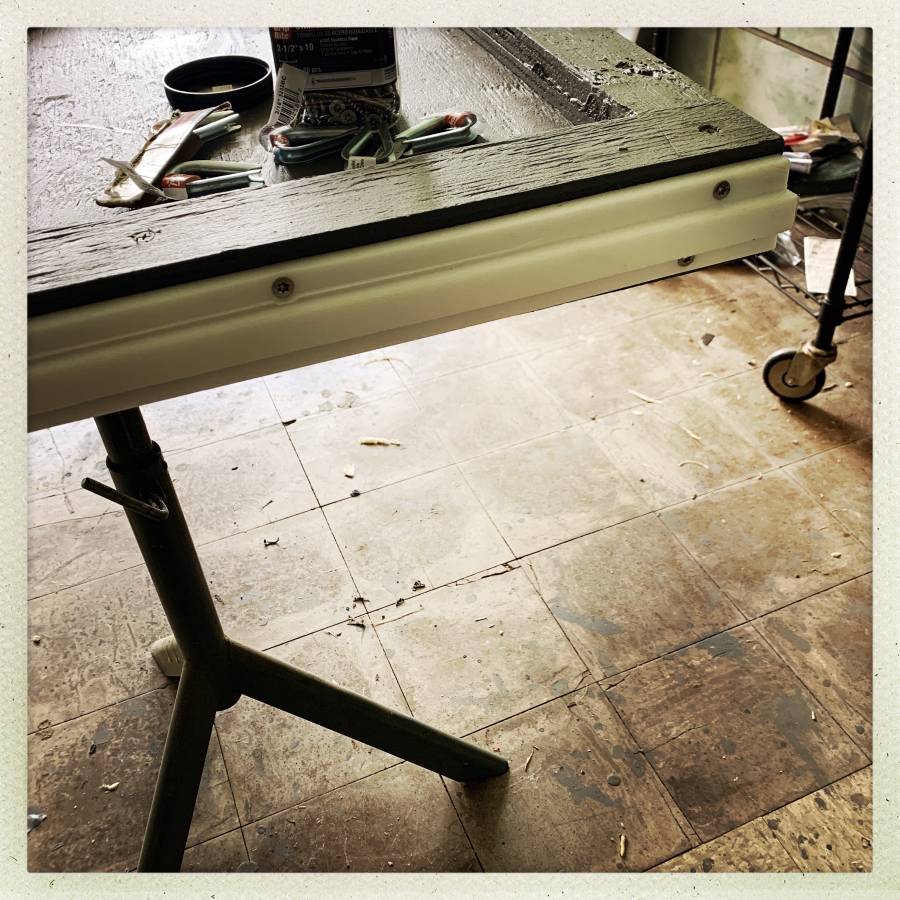 I also don’t mind having the whole thing stand up from the floor because someday I may put planks or tatami down, and that’ll take care of that. But, also, I worry about rain. This entire set-up was designed because I don’t want the bottom of the door to swell from standing in water. So, it’s (hopefully) outdoor-capable now. Furthermore, the floor-runner piece will be silicone caulked and tapcon’d to the slab, and will act as a rain-barrier. I hope. It’s fun and a bit scary when you start building things of your own design, expected to survive weather. Nature points up the folly of man.

That poly butchers’ block material is incredibly tough and flexible. I don’t think it’ll hurt to have it along the bottom, holding the bottom of the door together. Those are 2″ stainless steel screws, so they ought to be in there for good. 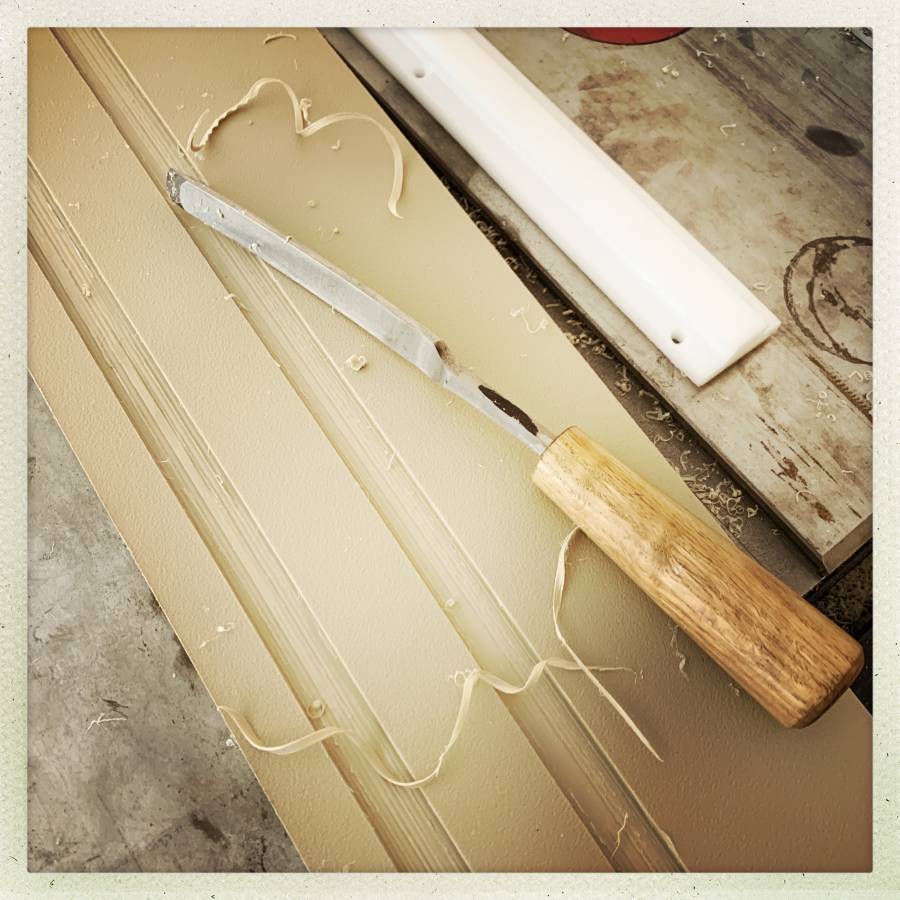 I should have a router-table, but I don’t. Routers are nasty. So I just set up the rip-fence on the table saw and nudged it over until I had my cuts. Then (I really hope I got my measures right!) I made a second slot for the rear doors. That way I can either put them shoulder to shoulder or put them in the rear track so they can slide open. It’s a very clever system the medieval Japanese figured out. And, I got a chance to use the saya nomi I made, which performed beautifully. When all that was done I set the blade at an angle and chamfered the edges of the runner; I don’t want people catching a foot on it.

I tested the slot by putting one of the footers in and sliding it around. The poly is slicker than snot and it fits great.

And that’s it for now. I need to put the footers on each door and load them in to the car and take them to their new digs. Before I do the final work-up I need to make a header-thingie that will hold the tops of the doors. It doesn’t need to be load-bearing because the doors’ weight will be on the floor. But I’ll make it solid so I don’t have to ever mess with it again. There will need to be some kind of separator at the top, to keep the doors from hitting, and I think it’ll be a piece of poly that I’ll cut down to have a thin lip. Working with poly is a dream.