This is almost certainly a pre-release bit of propaganda, but it’s – as is the case for most Russian propaganda – well done. The Russians have their own F-35! [france24]

It’s called Checkmate and allegedly was built very quickly using modern techniques and costs 1/7 of what an F-35 costs.

There’s some puffery about that it can “attack 6 targets simultaneously” – which I think is interesting. Presumably that means that the control software is able to manage a reasonable number of inputs, and hasn’t got the over-reaching electronic battlefield integration of the F-35. If you want to think about this like Stalin would, at 1/7 of the price, then the Checkmate can track 42 targets, it just takes 6 planes. Or something like that. The point is that the Russians have a pretty good sense for the adequate in their weapons-systems, and are willing to accept adequate over ideal if the cost parameters are right. 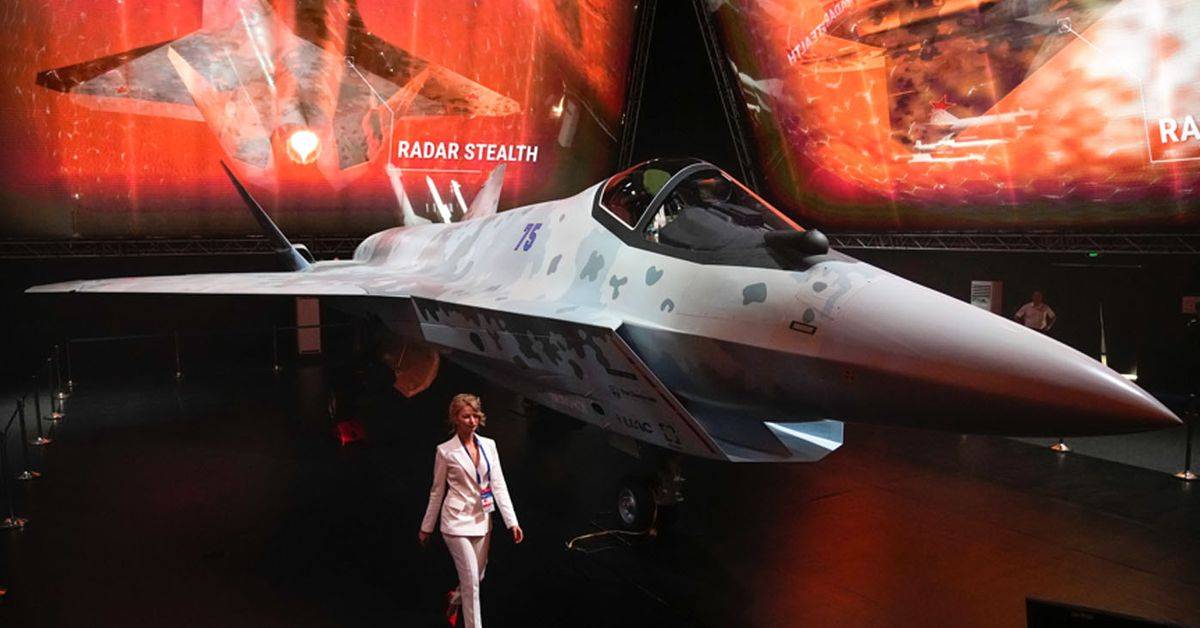 American nationalists are going to scream that it looks like a ripoff of the F-35, but it’s not. It appears to me to have less emphasis on stealth than the ’35 and has a smaller cockpit. I am going to predict that pilots don’t like that cockpit so much (the F-16’s soap bubble being an ideal, because it was designed by fighter pilots) but it’s not too bad. The other aspects of the plane’s design appear to be similar-ish to an F-35 because that’s what a high performance stealth fighter looks like. It’s a single-engine design, too, which is interesting: maybe the Russians made it light and didn’t need two engines, or a massively over-clocked single engine like the F-35. Again, “keep it simple” – there’s no vectored thrust or anything like that. It actually might be a pretty decent fighter jet.

Meanwhile, in F-35 land, which is an unhappy kingdom of pain, the first-fielded F-35s are coming due for their engine tear-down and full refit. Which means the aircraft has to be hangared while the engine is shipped off amazon.com’s warehouse… Just kidding. It gets shipped back to Lockheed Martin, which get to make a ton of money maintaining them.

Remember when I called the F-35 “expensive hangar queens”? [military]

As of July 8, the Air Force had 41 aircraft in what’s known as “Mission Impaired Capability Awaiting Parts,” or MICAP, status, for engines. That means the planes can’t be used on missions until they’re fixed. The service accepted its 283th F-35 in May.

It doesn’t matter how good your stealth sensor fusion is, if you have to tow the damn thing to get it to move.

But some problems are related to a surface coating on the turbine blades that overheats, causing the blades to crack. A defense official first told Bloomberg News earlier this year that the engines require maintenance earlier than planned, taking them out of service sooner and exacerbating the shortage across the services.

“Oh, and that expensive high-tech shit we put on the turbine blades? That actually shortens engine life! Whups!”

As a direct impact of the engine shortage, Air Combat Command, which oversees fighter aircraft units, earlier this year decided to scale back its 2021 air show schedule for the F-35 to make sure the aircraft were available for deployments and training.

Someone (probably the Russians) needs to design some incredibly cool-looking aircraft just for air shows so they can get their Potempkin on while the real planes and pilots do what they are best at: sit in the hangar.

The decision to put Turkey in the supply chain for a strategic aircraft was a blunder on the order of the Bay of Pigs Operation, and nobody appears to be the person who owns that decision, and has seen their career torpedoed for it. But there should be a fall-guy who takes the hit for that one. Was in Don Rumsfeld? Sounds like the kind of dumbassery he was fond of.

Back to the Russian Checkmate: I don’t know what engine it’s built around, but the Russians are not stupid and tend to re-use vital components in order to take advantage of past experience. It’s probably a pretty solid engine, from an existing jet. That would be one of the main gating factors to producing a new fighter on a short time-line: leave out the special turbine blade covering that makes them crack and stick with something that’s known to work.

All of this bullshitting about, while the planet burns. I know it’s a pipe-dream but wouldn’t it be great if all the military powers of the world could agree to go back to 1940s tech with their stuff, and just fly cheap planes and cheap(ish) tanks and do it 40’s style: life is cheap and so is our gear. There’s that old saying about “in the day we had wooden ships and iron men, now we have iron ships and wooden men” – all of that comes from the top. From the bemedal’ed set who aren’t going to go close to the front line without a brigade of skirmishers to keep every hostile miles away. 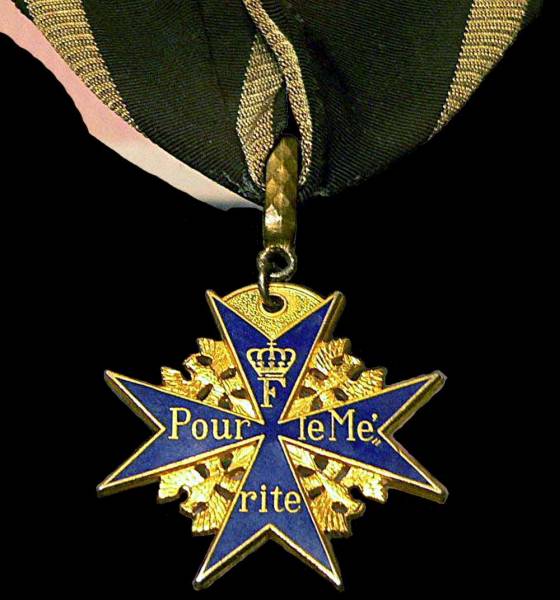 The Blue Max – a soldier’s honor for being a soldier

By the way, that thing the royals wear around their necks, which looks slightly like the blue max (“pour le merite”) is the KCVO, the “you are a member of Queen Victoria’s Descendants” award.

Interestingly, someone was selling one on Ebay, for $1,500. Probably more than it’s worth. I wonder whose it was – these things are numbered and someone somewhere knows who lost their bling in the couch at the VIP lounge. They’re just not saying.

When I commented about this earlier there was a lot of “nobody cares” which is fair enough, except that if nobody cared, the royals wouldn’t wear this fake cosplay jewelry, either and it’d be a non-issue.

When Harry gets his Windsor on, he wears that (around his neck) and the gongs of the Afghanistan Medal (“look mom I visited Afghanistan!”) the Gold Jubilee Medal (“look, I attended Grandma’s parties!”) and the Diamond Jubilee Medal (“look, I attended another of Grandma’s parties!”) If I may, briefly, channel for a ghost, the “I survived one of Sam Kinison’s weekend-long parties” would be a better medal. Except nobody’d go out in public wearing it, which is maybe the point. 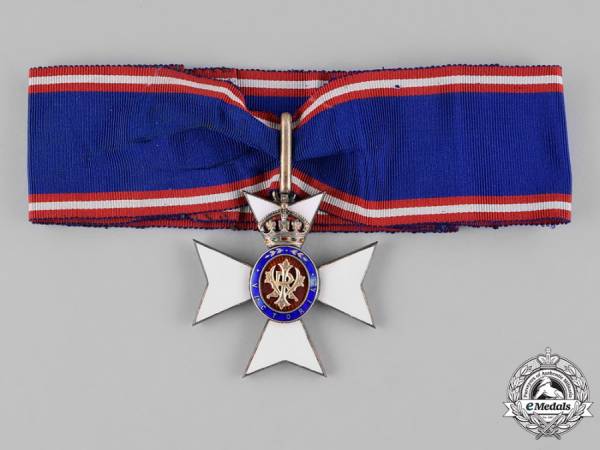