My recent post about F-35s rapidly re-oriented toward the topic of “flying weapons systems that might actually work” so I’d like to speculate a bit. Any of my speculations are informed by some of the excellent SF (C. J. Cherryh, Joe Haldeman) and my experience with computer networking.

I feel like I should pull some quotes but I can’t seem to find my copy of The Forever War; it is probably in the library at the studio. And I could pull quotes from C. J. Cherryh, but those books are dense and complex and it’d be hard to find the little bits of future combat hidden in them. Probably the place to start would be Hellburner, which is part of the Downbelow Station and Rimrunners cycle. Her vision of future war is consistent through much of what she writes including the splendid Faded Sun series. I love them all.

Let me start by saying what I don’t think future warfare will be like. It might be ground combat and armored vehicles fighting insurgencies on far-away planets but my belief is that there will not be human colonies on far-away planets so that’s all irrelevant. So much for Hammer’s Slammers and all of E.E. “Doc” Smith’s Lensman space battles. If you step back from Lensman‘s space battles, it’d all be familiar to Horatio Hornblower – it’s Trafalgar in space. The Honor Harrington books try to break out of that genre by adding some overlay of strategy but I think that David Weber nearly misses the boat (so to speak) by not factoring in that eventually there is going to be no distinction between a “missile”, a “warship”, and a “drone.” Weber is having fun and trying to write interesting space pot-boilers, but it’s heavily rooted in WWII Pacific fleet battles, and he knows it (and tips his hat by having a character named Nimitz in the stories) (No Togo. Boo.)

Playing Avalon Hill’s Jutland many times on the ping-pong table with my high school gaming gang, I learned that a great deal of warfare has to do with when you detect your foe, and how you manage the range between the two of you. The canonical example of that is not Jutland as much as Tsushima Straits- Togo’s great victory. But let me assert, arguendo, that some of the dynamics of fleet warfare will not change: range, detection, and reaction. Technology affects all of those, and that’s why we’re talking about stealth and F-35s. 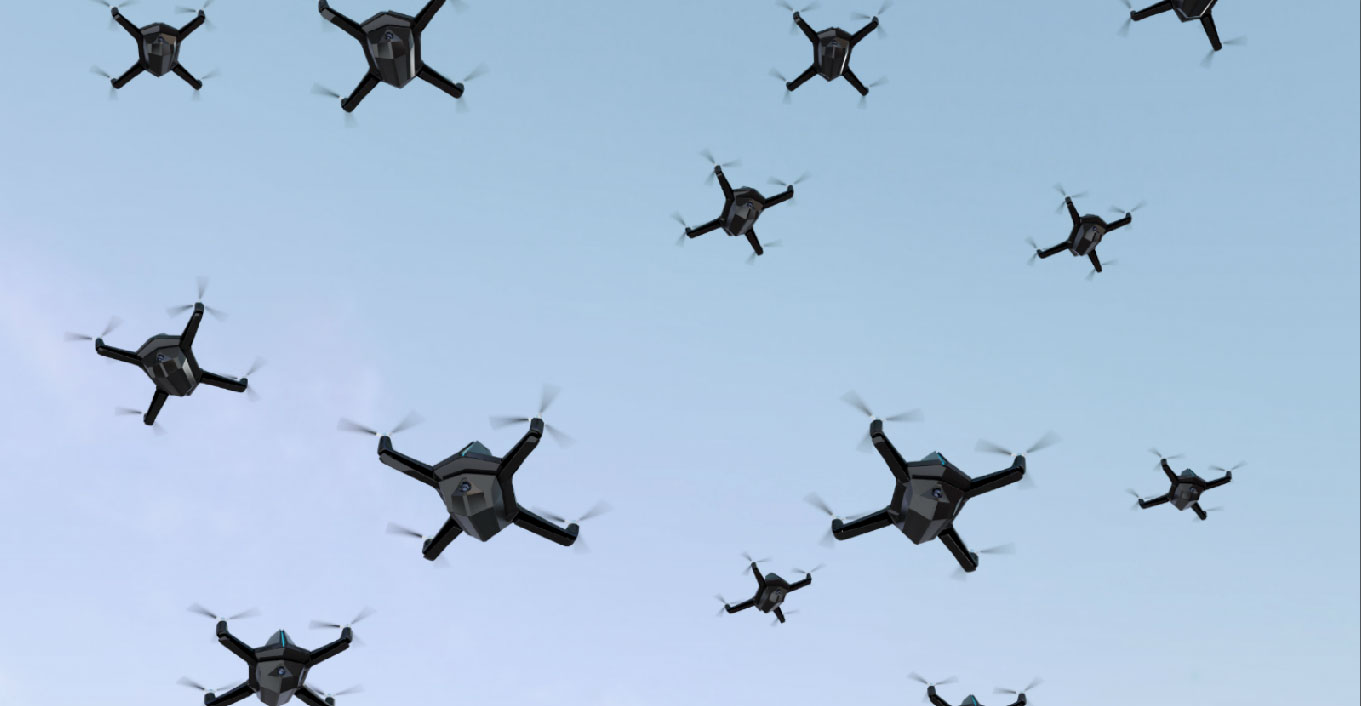 Hellburner is particularly dear to me, in this line of thinking, because it’s a story about an experimental mind/machine-melded strike drone/ship, when the experiment goes horribly wrong. This is not a spoiler; the rider ship is a detachable strike craft that can be locked on the outside of a capital ship prior to an inter-system hyper-jump, so when the capital ship arrives in its target system it releases the rider ship, which can attack along a different vector at a different speed. The capital ship might brake (“dump the vanes”) and start killing its velocity, while the hellburner comes in, at relativistic speeds, with a human pilot, ready to fuck some shit up. It’s an interesting vision, to me, of future fleet operations, because it takes into account relativistic effects – as a ship jumps in, the footprint of its arrival, and the sensors of the forces already in system, are shared at the speed of light, so something like the hellburner might give one side a second or two’s advantage. In warfare at relativistic speeds, a second or two is an entire major engagement.

In Cherryh’s Pride of Chanur series, we get a similar feeling: the crew jumps from one system to another, arrives, and gets to find out in a few seconds whether they made it or whether they’re a flash of light and an expanding debris-field.

The ultimate devolution of the warrior ethic is in Joe Haldeman’s brilliant The Forever War. It’s one of the most cynical books about war I have ever read, which makes sense because Haldeman was in Vietnam and saw the futility up close and personal. In The Forever War the crew of a ship climb into pressurized tanks of oxygenated floro-something to absorb the shock of their ship’s maneuvers. They lie there, with nothing to do but think, and they feel little bumps and sloshes as the ship puts itself through maneuvers that would turn the human cargo into ugly paste. And, sometimes, that’s what happens – a tank fails and a bunch of heroic war heroes get hosed out of the tank. Or, you tank up, chill out, feel some bumps and jerks, and discover that – congratulations – you have won a great victory! Implicit in all of that is the question of why humans have to be involved in this nonsense, at all. That’s a good question. Haldeman’s answer appears to be that humans just can’t let go of being involved in warfare. Cherryh’s answer appears to be that humans provide the strategic element across warp-space: someone has to figure out what to do in those fractional seconds.

I love C.J. Cherryh, but I don’t buy it for a minute. AIs would make decisions, independently, faster and would perform as well as humans. Besides, frequently nobody’d know who “won” or “lost” an engagement, anyway. I’m also afraid that the obvious answer someone would cook up would be to just destroy everything, on the principle that the survivors could re-build but anything else entails uncertain negotiations over time. “Let’s take off and nuke it from orbit” at the level of star systems. Saberhagen’s Berserker series premise this; that the universe is a really, really ugly place indeed. Eric Nylund’s Signal To Noise series, and Chixin Liu’s Three Body Problem also explore that axis of future war: all wars instantly become war to eradication. Let me posit something: AI plus rapid drone weapons equals war to eradication, perhaps because AIs will see the strategic situation as not requiring negotiation. Negotiation is inefficient; I’m too busy winning.

So, that brings me back to the question: “why does the Air Force still build manned aircraft?” That’s simple and ought to be obvious: the Air Force is stupid and has too much money. Who wouldn’t want to strap an F-15 on their ass and fly around like a god? But, if you think about missiles as particularly dumb drones, I’ll say that ship left the dock in the Vietnam War: the US lost many expensive aircraft to inexpensive missiles. As the missiles get better and better, the aircraft have to get stealthy so they have a chance of surviving. Stealth is temporary, though, so in the long run a spray of missiles is going to get you – that’s why the US’ stealth aircraft strategy is to penetrate target air-space with stealthy aircraft that can degrade air defenses, and then the regular aircraft can come in. Except for the fact that we have to share a planet, “take off and nuke it from orbit” is the only strategy that makes sense. Stealth is a side-effect of wanting to be able to “win” engagements while still having something of value left of your enemy. What’s going on, there? I think that the AIs aren’t quite good enough, yet, to be able to determine when they have “won” and stop shooting.

I find that strategy odd, because historically US strategy has been “kill them all and let god sort them out” and I’m inclined to think that it’s because the technology for a complete-kill is just not there. Yet.

What would the tech for a complete kill look like? It’d look like AI-driven independent drones that are able to hide and loiter and resume activity any time a target presents itself. Think of them as drones or as autonomous flying land-mines, or whatever – disposable munitions. A friend of mine and I were discussing this once and concluded that the thing would have to be a self-organizing system, with compute-heavy AI nodes (probably powered by small uranium plants) would direct disposable munitions that were semi-smart, while being close to the battle area to reduce signal lag. It’s kind of like Terminator‘s skynet, just field-deployable and persistent. [And, by the way, the computer security problems in building smart networked war devices are solvable, just not under the current approaches to software development]  The kind of system I’m talking about would be comparable to seeding hostile terrain with some kind of nematode for a parasite that hangs out and denies the area to everyone except its friends.

The interim step, which I think is where we are headed, is for semi-independent drones that are commanded from aircraft that loiter outside the battle area (to reduce signal lag) – imagine a 737 full of comms gear and drone command consoles, and drone pilots, who can “jump into” a drone that is doing something particularly interesting, or that is running a tricky offensive maneuver. The current state of drone warfare is that the pilots are a long way from the drone, and there’s some lag to deal with – except for a small number of killer drones where the command/control nodes are situated closer to the drone. Right now, the Air Force is pretty incompetent in managing their drone command/control consoles; word I heard is that some of them were infected with basic malware that took years to clean out. That speaks, to me, of some really bad design and policy decisions, which would need to be made differently in order to move to autonomous AI drones.

By the way: there will be a market for drone operating systems that have not been tainted by governments’ intelligence services. If you’re going to fly autonomous drones against the US Empire, you can’t rely on Windows or Linux. Or Intel processors, for that matter.

So, I guess that’s my answer to “why does the Air Force still build piloted aircraft?” it’s because the drone tech is not quite “there” yet. But that’s the end-state: human pilots will experience the questionable thrill of combat only through VR headsets.

Let me wrap this with two other visions of future combat that I think were quite good: Walter Jon Williams’s Praxis books have some interesting thoughts about the danger of building space fleets that fly “by the book.” And Scott Westerfeld’s Risen Empire series has a great description of what it might be like to be in a navy space fleet ship that is fighting an AI swarm. For an encore, he treats us to a delightful description of Pvt Bassiriz, a fellow who happens to have been born with reflexes so far at the end of a bell curve that he feels the most people are basically standing still all the time. Bassiriz is a drone pilot, whose specialty is time and scale -shifted combat; Westerfeld describes a drone battle that takes place over the surface of a cup of tea. Great stuff.

What I don’t think is that we’ll stop warring. And, weapons seem to keep getting more destructive. As you know, if you read this blog, I am very concerned by the US’ strategy of producing first-strike nuclear weapons. There’s no way that’s going to end well.

I’m not complaining but – it’s hard to do a post like this, with the necessary literary references, but no spoilers! I guess “stick firmly to the obvious” is the order of the day.