This is to help defray FTB’s legal debts from Richard Carrier’s defamation lawsuit. Details and rules are below:

Auction Closed at $200 – the winner has generously offered to pay the full amount of their maximum bid if I convert the bowl to a yarn bowl. Thank you! 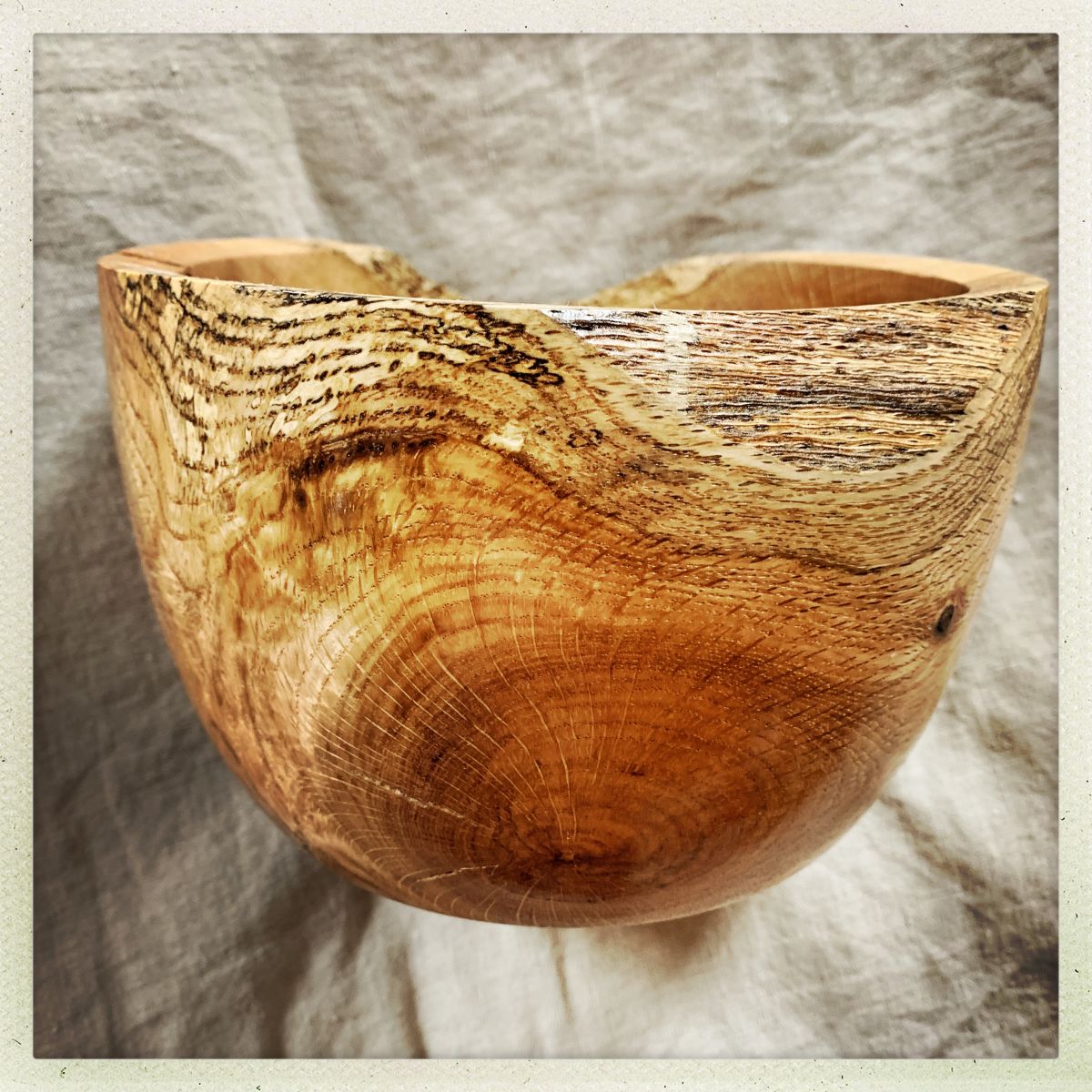 Dense and heavy, with incredible grain structure, this bowl has complexity in it that you can stare at while meditating, or pondering the fate of western civilization. I probably could have turned it thinner but I was happy with it, and it was happy with it, and so it came to be. It is called the three branch bowl because it’s from a piece of the tree where 3 branches grew out – that makes the grain on the inside of the bowl kind of crazy.

The thickness and heaviness of the bowl is a plus: it would make a great knitting bowl for a knitter (if you want me to, I can add the curly cut for the yarn) or you could use it to store smallish rocks for throwing at police officers. Don’t throw the bowl, itself, because it’s a felony.

You can bid in the comments, or bid by emailing me [link]. If you email, I will assume that you wish to remain anonymous and will post a comment in the bidding section that reads something like: “Anonymous bid in the amount of $___” I do not live glued to my email so it may take a while for an email bid to register.

Whoever bids the most for the Oak Bowl wins it for $1 more than the second highest bidder bid. For example, if I bid $75 and Joe bids $5 and I’m the highest bidder, that makes Joe the second highest bidder, and I win the thing for $10 – the bidding start price. This is a variation of the Ebay bidding algorithm and, while it is less effective at milking money from the bidders, it discourages people from feeling that they need to log in at the last minute and try to bid over someone else. At the time when bidding closes, whichever bid is the highest, whether it’s email or a comment, wins.

Since we don’t have an automated bidding system like Ebay, I’d like to discourage “auction sniping.” If you want the thing, bid what you’re willing to pay for it and just see what happens. If you simply must have it, bid $1million for it and if the second highest bidder had bid $50, it’s yours for $51.

The winner is expected to donate the agreed-upon amount to the defense fund and send me suitable proof (a screenshot or whatever) and give me a shipping address, at which point I’ll box it up and send it along! I will cover shipping unless you are on the moon. Bear in mind that international mail service is “all fucked up” right now because of COVID so it may take a month or more to get your loot if you are outside the US. It may take a month or more if you are inside the US, too.

You can donate directly to FTB’s [paypal] which is my preference, or to the collective GoFundMe which divides the money between FTB, Skepticon, and other defendants in the lawsuit.