This is the kind of shit that sits on the bench in Pennsylvania: [root]

In Pennsylvania, a white judge is facing six counts of judicial misconduct for being an outright racist.

It’s good that he’s facing charges of judicial misconduct. But, from the sound of things, it’s been a long time coming and therefore much delayed. He’s a member of the “law and order party” don’t you know – but his judicial shenanigans are going to result in a ton of appeals and the state is going to lose them. Way to go, dumbass racist!

According to Newsweek, a formal complaint was filed against Allegheny County Judge Mark Tranquilli by the Pennsylvania Judicial Conduct Board. The complaint alleges that Tranquilli engaged in racist behavior against Black jurors and defendants since at least 2015. Tranquilli was placed on administrative leave in February after allegedly calling a Black juror in a head wrap “Aunt Jemima.” The comment came as Tranquilli was discussing jury selection with a group of lawyers in his chambers following a not guilty verdict. Tranquilli went on to speculate that the juror had a “baby daddy,” that was “probably slinging heroin.” 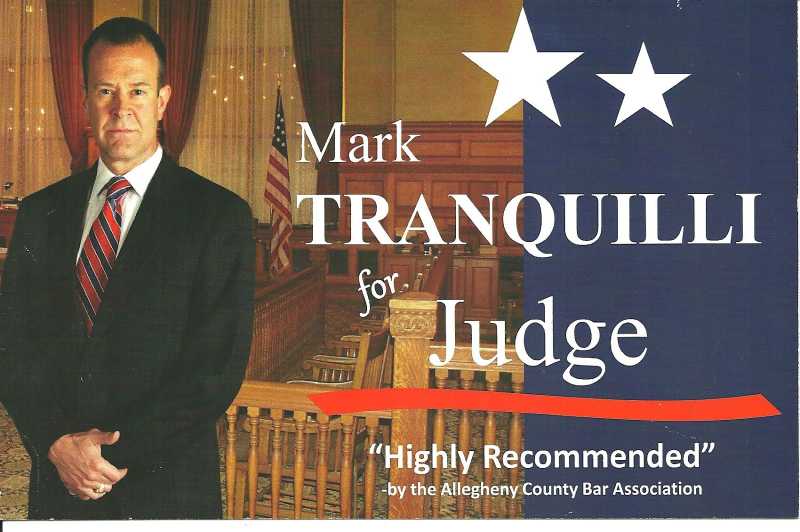 did they photoshop his hands to make them look bigger?

It is not enough that justice be fair, it must be seen to be fair – as they say. The appearance of bias, especially such obvious, stupid, and shockingly racist bias, calls into question a judge’s ability to be impartial. At this point, any person of color who appeared before judge Tranquilli ought to be able to get their case thrown out.

Tranquilli is also alleged to have told a female defendant that she “laid down with dogs,” to have her two children during a sentencing hearing in 2018.

“For the cost of three shiny quarters in any bathroom in any rest stop in Pennsylvania, you probably could have gone a different direction,” he added.

The board is currently recommending Tranquilli be suspended without pay. Judges are elected to ten-year terms and the only way for Tranquilli to be removed is either through impeachment or through the Court of Judicial Discipline, where the complaint was filed.

There’s so much going on here, under the covers, for Tranquilli to feel justified in undermining the system the claims to serve. Authoritarians do that a lot, don’t they? Because they don’t feel that they have to check themselves, to justify their actions, they make horrible, expensive mistakes because they’re pursuing what amounts to their opinion and nothing more. And then there’s often that freaky authoritarian concern about who’s having sex with whom – how does he get off lecturing someone about their life going in a particular direction, while he’s in the very act of making his career as a judge go in a particular direction known as “Destination Fucked.”

Call me a cynic, if you will, but it seems to me that anyone who wants the power and authority of a judge is the last person you want to see in the position.

I suppose we should be grateful that he’s so stupid he said this stuff openly.

The whole bit about a woman’s life changing by buying or not buying a condom reveals a profound and aggressive level of ignorance about socioeconomics. One cannot talk about “baby daddys” that “sling heroin” without raising the ‘chucklefuck’ flag – especially in Pennsylvania where the vast majority of poor people, and heroin users, and single moms, are white.