I saw a UFO, once. I was going north on I-70 outside of Pittsburgh and suddenly there was a gleaming shape in the sky, reflecting light, receeding slowly from me. It looked sort of conical and had a pair of leg-like things at the bottom, and blade-like things from the sides which curved down slightly.

It took me several seconds to realize that I was seeing an Airbus A-310 that had taken off from the airport and was at a sharp angle of ascent. From directly behind the aircraft, at that angle, it did not trigger my brain’s recognition of an airplane, so I was suddenly captivated (briefly!) going “what!? what?!”

Rear aspect of an SR-71. If you had never seen an SR-71 before, you would be forgiven for thinking that it was a very strange flying thing, indeed.

Now that the intelligence community has declassified some of its shenanigans, we know that they were lofting giant shiny silver mylar balloons, testing SR-71s, and who knows what all else. I can’t be arsed to try to research “ufology” stories to see if they match up to now-published records of SR-71 and rocket sled flights, but I’m comfortable with the idea that there was a lot of stuff flying around Area 51 and White Sands Missile Range, that people couldn’t recognize.

If you were a farmer in the 1950s or 1960s and found a chunk of mylar, it might look like material from another planet. Likewise, if you found chunks of a crashed SR-71, the titanium skin might look unlike any other metal you had experienced. But by – let’s say 2000AD – it seems to me that everyone should know what an SR-71 looks like (or have a friend that does) and everyone knows that titanium is an earthly material. Ditto, carbon fiber. Back in 2000, I got a chance to handle a piece of space shuttle wing-edge, which is carbon/carbon: carbon fiber matrix filled with bonded carbon, it’s crazy light and feels extremely hard. When you hold it in your hand, it’s so hard and stiff it has a kind of resonant frequency that feels weird – but I don’t see how a human who has lived through the 90s doesn’t know what carbon fiber composite looks like. It’s not “alien” it’s “unusual” and we have no basis for assuming that because we don’t recognize something, it came from interstellar traveler.

That brings me to the point: the failing New York Times reports [gizmodo] that the pentagon was briefed about various unidentified flying objects.

Aliens could be real and the U.S. government has been conducting classified briefings in recent years about things left behind by “off-world vehicles.”

Things left behind? Well, I suppose that semitrailers lose the occasional hubcap, so a space-craft might, too. Never mind that spacecraft tend to not have parts that fall off, because that’s bad for business – I suppose aliens might have sufficiently powerful thrust-producers that the loss of a chunk of ship doesn’t bother them much. But, really?

Naturally, the new article appears on the 17th page of today’s paper because everything else here on Earth is fucking bonkers and the existence of aliens barely makes headlines.

Never mind that it might be that The New York Times is reluctant to give too much credence to such a story because it’s not news.

Eric W. Davis, an astrophysicist who worked as a subcontractor and then a consultant for the Pentagon U.F.O. program since 2007, said that, in some cases, examination of the materials had so far failed to determine their source and led him to conclude, “We couldn’t make it ourselves.”

And that’s where I check out. How can someone in 2020 say “we couldn’t make it ourselves” with a straight face? For one thing, we humans now understand the different kinds of matter that exist and how they are made. For another, the entire universe is made of the same stuff – it’s not as though some alien planet, somewhere, has – let’s call it “vibranium” – there aren’t gaps in the periodic table that say “here there be dragons” where vibranium might lurk. Sure, there are composites and alloys without number but that’s what chromatography and spectrometery are for. Basically, this guy is looking at something – let’s say Silly Putty – and saying “We couldn’t make that ourselves.” Oh yeah? Maybe, but you can’t just say that and walk away concluding it was space aliens that made it. 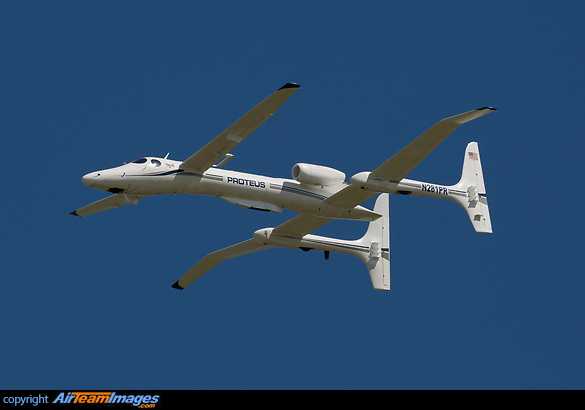 The “alien materials” trope is one of the core tropes of UFOlogy, which is one reason I resolutely refuse to take them seriously, at all. If they’re going to be so intellectually lazy that they look at a chunk of silly putty and say “that shit’s so weird it must have been made by aliens!” I’m willing to believe that they’re so lazy that they see a weird-looking airplane and go, “wow, that must have been made by aliens!” No, most likely it was made by Burt Rutan’s team at Scaled Composites.

Mr. Davis, who now works for Aerospace Corporation, a defense contractor, said he gave a classified briefing to a Defense Department agency as recently as March about retrievals from “off-world vehicles not made on this earth.”

Classified briefings don’t mean much. I’ve had casual emails of mine grabbed and classified (which was odd: I was not cleared to read something I had written) – the fact that something is kept secret doesn’t mean that there’s any actual content there.

The thing about materials is that they are – material. It’s easy enough to ask “anyone make this?” and let other people look at the material. What they’re afraid of, obviously, is that someone will say, “oh, that’s Silly Putty! It’s a mix of sodium borate and silicone oil – very fun and non-newtonian, sort of like borate and polyvinyl alcohol… Hey, what’s wrong? Why are you crying?”

Things That Delight Me: Lightsaber Kendo » « And Now For Something Completely … I’m Not Even Sure