Henry Rollins had a bit in one of his spoken word performances, in which he ridiculed a pentagon spokesperson for talking about “the bunker buster bomb.” Rollins said it quickly, like “BunkerBusterBomb” and exposed the idea of calling a deadly weapon something so silly; pentagon brass sound like kids talking about putting dog shit in a paper bag and throwing it at eachother.

That was back in the good old days where the US was just looking stupid for invading Iraq. Now, we’ve achieved whole new soaring heights of stupid. (and I have stopped listening to Rollins so I don’t know what he’s got to say about it) 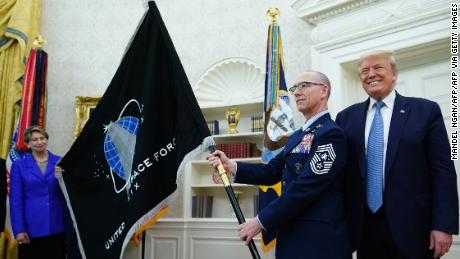 “We are building, right now, incredible military equipment at a level that nobody has ever seen before. We have no choice. We have to do it — with the adversaries we have out there. We have a — I call it the ‘super-duper missile.’ And I heard the other night, 17 times faster than what they have right now,” Trump said at a White House event to sign the 2020 Armed Forces Day Proclamation.

Naturally, the media freaked out that Trump so casually exposed what is, doubtless, a super duper tippitty top secret fist-bump classification level program. Nah, they don’t care about little stuff like that, anymore. But the pentagon did say, rather huffily, that they can’t talk about it. What they should have said is “we’d be incredibly super duper stupid to talk about it.” But reflection and honesty has never been their strong point. What is actually going on, undoubtedly, is that Lockheed Martin and probably Pratt and Whitney, and a few others, are prototyping scramjet engines that they can build hypersonic cruise missiles on top of. Imagine the engine from an SR-71, the mighty J-58, shrunk down a bit and turned into the power-plant for a missile. Something like that; a straight-up scramjet/ramjet gobbles fuel like I take down a ham sandwich, and the super duper missile will need at least an hour’s fuel supply, maybe more. This thing’s going to have severe design constraints; it’s going to take some very smart boffins, indeed. And (in case anyone has been paying zero attention to the modern world) that project will be riddled with Israeli, Chinese, and Russian spies. The super duper missile is going to be compromised eight ways to sunday, before its first test.

But when asked about the President’s apparent revealing of a new missile, the Defense Department declined to provide details or confirm that it could indeed travel 17-times faster than existing weapons.

17 being the number closest to the exit door of Trump’s anus. But, as they say “speed is just a matter of money; how fast do you want to go?” the crazy thing is: there are already solutions that do exactly that. They work just fine, and they go around 18,000mph (in Freedom Units) (that’s 29,000km/hr to you French people) so, what’s the problem? The problem, in a nutshell, is stupid. If the US launches a ballistic missile everyone’s going to see it coming and the only people likely to be on the receiving end are going to be, briefly, very upset. If they have missiles of their own, they’ll roll back the silo doors, too, and launch them and then global warming is suddenly a secondary concern for humanity. There’s that pesky old “mutually assured destruction” thing, again. See where this is going? 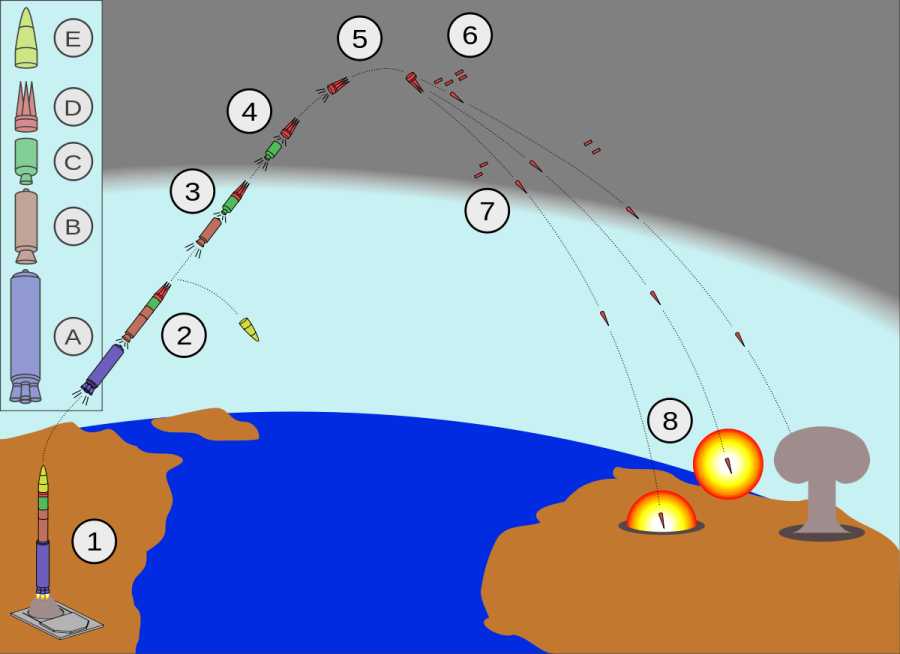 45 minute delivery guaranteed or your order is free

The super duper missile is a first strike weapon; it’s the end-step of the US’ stated desire for “Full Spectrum Dominance” [wik] which has been a pentagon stated goal for at least the last decade (probably longer). The idea is to be able to destroy anyone, anyplace, any time, and nobody can do anything to stop it. Thus, the super duper missile, which is designed to be launched from a submarine, scream into a target’s air-space and blow it up, with basically no warning at all. During the recent sort-of-showdown with North Korea, the US military was frustrated by the fact that it couldn’t reliably launch a first strike against the North Korean state, without risking a retaliatory strike against Seoul. If you recall the news at the time, it was full of stories about US carriers and submarines heading into the area, and B-1 Lancer bombers piling up at Diego Garcia and Guam, etc. – that was the US first strike force and they probably had some really unpleasant conversations with the First Ape about the margin for error (in Normal People that’s: “the chance we will fuck up and lose Seoul.”) and that it was unacceptably high. I find the whole imagined situation to be highly disturbing: doubtless there were some people in brassy uniforms saying “let’s do it!” and others counseling caution. Probably nobody was counseling humanism or compassion; if the day was won, it was caution that carried the field.

The super duper missile is the pentagon’s answer to that caution. Trump is too stupid to realize that it’s a bullshit answer and, unfortunately, the media is alternately saying “we need this!” or “it’s stupid!” What’s really depressing is that the whole situation is being played as another instance of a “missile gap” – we can’t let the Chinese or Russians get ahead of us because if they have them, then it’s a first strike weapon and surprise mushroom clouds on the Potomac are our future, so we need to have our own Freedom Strike Weapon that is totally not a first strike weapon, or something, first. It’s going to be stealthy and hard to detect, but as soon as one is launched, everyone who thinks they might be the target is going to roll back their silo doors and get ready to loft nukes at somewhere. This is exactly the reason why the US, and others, have avoided being so stupid as to use a Minuteman III loaded with conventional high explosives to hit a high value target: everyone who sees a Minuteman III go up is going to roll back their silo doors and get busy because they can’t afford to wait and see if they’re not the target. Presumably, there was some really interesting discussion surrounding launching a first strike on North Korea: who do we warn and when?

“Uh, Vlad? We have to ask you not to mention this to Kim but if you see launch-flash, we swear it’s not headed for you. Vlad? Vlad? Are you there, Vlad? Shit, he hung up on me!”

The super duper missile is no more usable than any other strategic weapon because there are only two classes of targets that it could possibly be used against:

At least we did get a bit of honesty from the pentagon. [emphasis added]

“Fielding hypersonic weapons is a top technical research and engineering priority, and the United States has a robust program for the development of hypersonic weapon systems,” Carver said.
The goal of such weapons is to be able to better pierce an adversary’s defenses and strike targets deep inside enemy territory.
The Pentagon said it successfully tested “a hypersonic glide body,” a key component of a hypersonic missile in a flight experiment in March, saying that weapons provide “an ability to strike targets hundreds and even thousands of miles away, in a matter of minutes.”

It’s been a while since I had to decode rank badges, but that Space Force chump’s over-sized shoulder regalia is a trip and a half. Is that a command sergeant major space wingwiper with a wingnut cluster? And look at all the participation medals on his chest. That guy has probably dropped tons of bombs on people from safe altitudes.