cubist wins with a bid of $26! Thank you for supporting FTB!

If you’re observant, you may notice that this is not a knife. 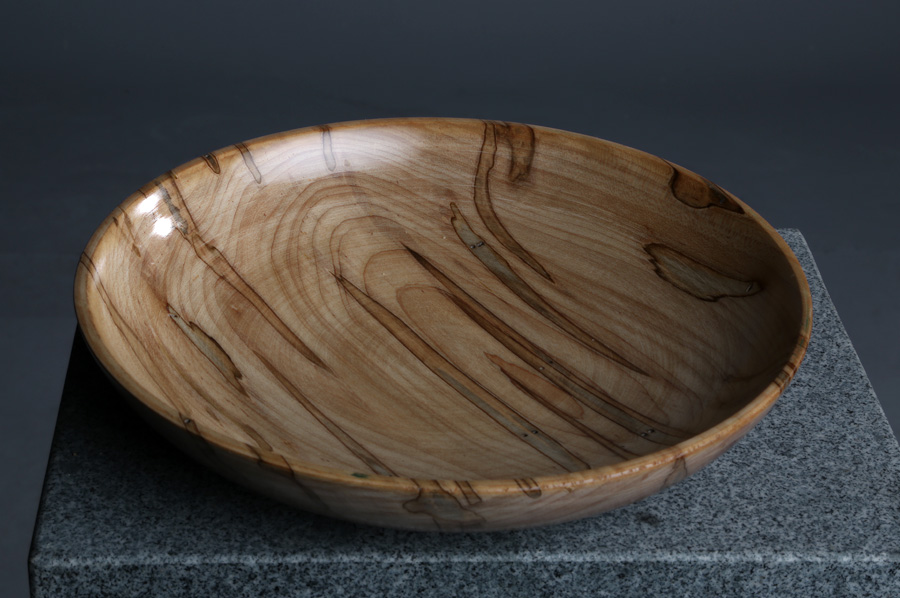 It’s a 10″ platteroid in ambrosia maple. Since it’s ambrosia maple, it has some worm-holes and spalting. But it has crazy grain that is unique and interesting from every angle and at every distance.

I will also say that I don’t expect this to fetch anything near what a knife fetches. In terms of time spent, this was about an hour’s work whereas some of my knives consume nearly a week (spread over a month) – ah, the joy of wipe-on finish, as opposed to polished-in. Wood is so easy and fun, and sanding (the worst part of any project) is a snap on a lathe when your object is rotating at 1500rpm – the hard part is not burning your fingertips if the sandpaper heats up.

This is not dishwasher safe and is probably not great at dealing with moisture in general. It’d be good for a decorator thingie, or putting on a republican’s head to use for target practice (it’s only about an inch high, see…)