I imagine every morning that Meghan McCain wakes up, rolls over, and thinks “I suppose that the world out there is desperately wondering what I think about ${whatever}.” And that wake-up flash of lucidity is shared by most members of the pundit class, who mistake their dominance of the media landscape for interest on our part.

I would be interested if she died in a fire, but only for about a second, as I performed the same mental flip talking heads do: “if that happened to me, what would I think? Oh, it’d suck, dying in a fire. Over to you, Joe.”

Biden occupies part of that media landscape, as well. He’s a creepy-looking older guy who can’t seem to decide if he’s a lounge lizard or an executive. The result is a 4 alarm-bell warning from my subconscious that he may actually have literal skeletons in his closet. He’s too fumbling and emotionally needy to be a high-level vampire but he’s diligent and does his masters’ bidding quickly and mostly efficiently. Who is his master vampire? We’ll know eventually. 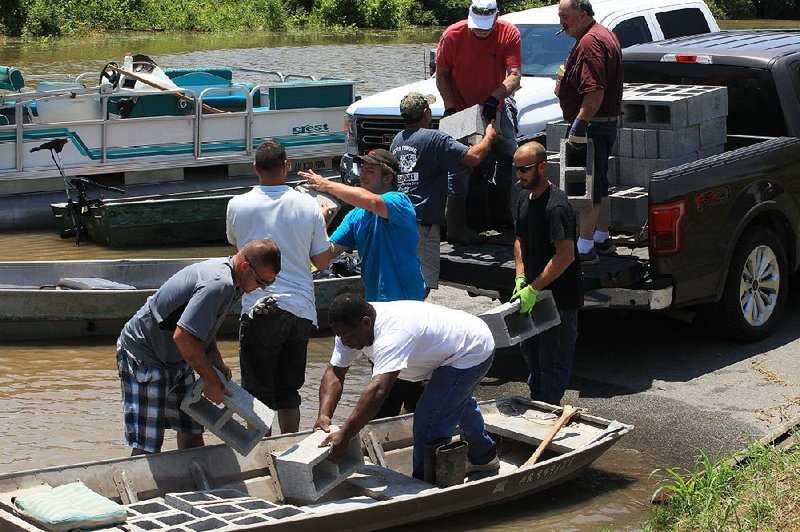 Roughly this is the idea I want to project. Just add politicians. [src]

It has been fascinating to watch the republicans and the democrats sidle nervously to the brink of “outing” Joe Biden for corruption. Let me give you a visual on that: imagine that there is a small boat far out at sea. The passengers on the boat, the HMS Bipartisan Effort, are each wearing a chain around their neck which has a cinderblock locked at the bottom. One slip and it’s over the side, and down – after all, this is a mafia movie – and the politicians eye each other, wishing they could somehow heave Biden’s cinderblock over the scupper, except then they’d have to get pretty close to that scupper, and one of their ‘friends’ might pay them the same courtesy. Each of the cinderblocks is stenciled, in red, “CORRUPTION” and they all know that their enemy’s vulnerability is their own; they want to use it but they’re scared of being on the receiving end, of their own heave-ho. It’s easy to see where the filth in Washington is: you look for a topic that is raised and quickly buried – it only takes a short-lived scandal for the denizens of the Bipartisan Effort to realize it threatens them all. When they are all threatened, they can pull together, keep their mouths shut, and bury the bodies.

I remember back when Hillary Clinton’s sketchy commodities trading was big news, until suddenly it wasn’t. Because, at that time, until it was made explicitly illegal, “here let me make you a ton of money on the market” was a popular way of funneling vast wealth to a politician. Before the hounds broke into full hue and cry, the story was taken out back and shot because if Hillary was going to get pilloried for that, the rest of Congress was going to have trouble explaining their gym-bags full of un-earned cash. That story started to surface but then vanished leaving a small trail of bubbles.

Then, there was the “foundation” and “trust fund” news: it was big news that Bill Clinton had been accepting anonymous gym bags of money from anyone and everyone and storing them in a shipping crate in the desert along with his partner Mr White. That news started to break then vanished because, basically, every politician in Washington controls a foundation or a fund – it’s a way that they can move money around without the obvious tax consequences; namely: having to pay taxes. The republicans were getting their outrage engines in gear and spinning up to a pig-squealing howl (picture the sound of Lindsey Graham having his scrotum shocked with a cattle prod) (apparently that is political expression that he’s OK with) anyhow, Washington was about to start screaming blue murder about that, when an army of accountants and lawyers called their bosses and said, “you know, Bob, we do that thing, too.” Then silence fell. Trump appears to be immune to having his hypocrisy spotlit on the national stage, but other politicians still feel a sense of shame and were not willing to accuse The Clinton Foundation of being a money-mill to (among other things) ensure that Chelsea Clinton will always have a cushy high-paying job, when the entire Trump administration is a money-mill to (among other things) ensure that Trump’s degenerate by-blow will have cushy high-paying jobs. The hop, skip, and jump from ‘foundations’ to ‘nepotism’ is so obvious that even a brain-fucked gimp like Trump can stagger from dot to dot, connecting them.

Now we are forced to watch the absurd sight of a bunch of crooks yammering about wanting to investigate Hunter Biden for corruption. For their own corruption. Mitch McConnell being concerned about corruption is like Jeffrey Dahmer saying “I want to eat healthy.”

I don’t want to be the rain on anyone’s parade but why hasn’t a single fucking “reporter” like Wolf Blitzer or Vanderbilt trust-fund baby Anderson Cooper asked a republican “Why don’t you start a domestic investigation? You know, ask the FBI to look into nepotism and corruption? You can. Congress is authorized to do that.” I hate to belabor the obvious, but it needs a public beating. Why was Trump trying to get Ukraine to do his dirty work, other than that he wanted to conceal the fact that he wanted to open a can of worms that applies to most of Washington. If you step back and look at it for a second, it’s Voltairean comedy that the Ukrainian government would investigate an American politician’s kid for corruption – it’s like hiring an alligator in a swamp to investigate the swamp. “What?” says the alligator, it is genuinely perplexed.

Hunter Biden supposedly took a parking lot attendant’s job at a company that wants to influence daddy, for $50,000/month (which, if you are keeping score, is Paul Manafort’s monthly jacket budget) and the Trumpies want to investigate that horrible nepotistic corruption. Well, first let me say: it is horrible nepotistic corruption of the finest water. Every child of every politician in Washington, who is currently making money from a parents’ position, ought to be taken out with a cinderblock, on a boat, and used to help re-build the great barrier reef. That would be a great step forward for humanity because it would, in one fell swoop, wipe out America’s aristocracy. It wouldn’t take out just Hunter Biden, it would take out Chelsea Clinton: [the hill]

Chelsea Clinton has reaped $9 million in compensation since 2011 for serving on the board of an internet investment company, according to Barron’s, the financial publication.

Clinton, the only child of former President Bill Clinton and former Secretary of State Hillary Clinton, has served on IAC’s board since 2011 and receives an annual $50,000 retainer and $250,000 worth of restricted IAC stock units, Barron’s reports.

The number $50,000 is pure coincidence. Or maybe that’s the going rate for “second generation influencers” – I just don’t know. Chelsea is also the chairman of the Clinton Foundation, for which she also pays herself a salary – basically, a gigantic multi-hundred-million-dollar nest egg she can squeeze whenever she wants it. That’s a much smoother way of intergenerational wealth transfer than how Trump’s father did it: give him a portfolio worth $100 million and put down that it was $5 million for your taxes, then wait for the statute of limitations to ding.

Where I’m going with all this is that I hate Joe Biden. I hate him so much that I would probably smile if I heard he was dead. I don’t know Hunter Biden but he can go to hell, too. But I’m sure he’s nowhere near as bad as Trump’s gormless byblow who uses his daddy’s connections to go to Mongolia and shoot endangered species. That trip was high-level diplomacy; the Mongolian government facilitated it and took care of him all the way – I know that because, if they hadn’t, some decent person would have dropped that piece of shit in a river somewhere and claimed that the sheep must have gotten him. [propublica] 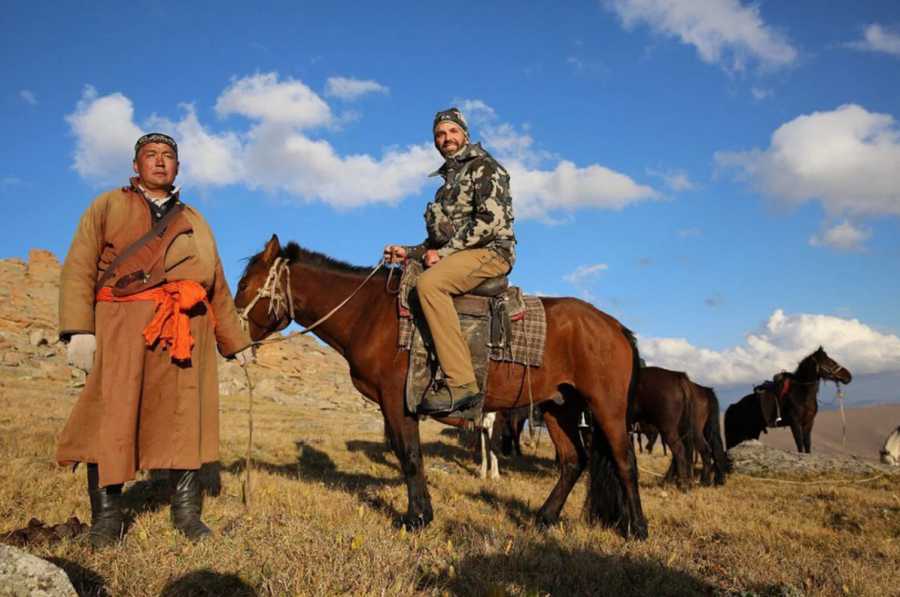 Horse had a chance to do the right thing; didn’t take it.

Everyone in their right mind, who doesn’t want to watch these ci-devant aristocrats fiddle while the planet burns, ought to hate them individually and collectively. They ought to all be under investigation by the Ukrainian government and any other decent bunch of people who loathes corruption and nepotism. I don’t know a word for the intensity of irony that is the Trump administration wanting Hunter Biden investigated for being a low-rent incompetent who couldn’t rise to the level of Paul Manafort or Don Junior. Do we want to start talking about congresspeople’s kids? Meghan McCain, how did she earn her job, again? Surely it was not her bleating-skills that impressed the sheep. There’s not enough time and I wish I could channel the words of a Shakespeare to raise the masses to wrath, to pick up the torch and pitchfork, and boldly wade into the swamp.

If the democrats run Biden, I will not throw a vote. I was able to hold my nose and vote for Hillary Clinton because, seriously, it was her turn – but Biden? Fuck Biden. And if the democrats want to make us kiss Biden’s ring, fuck their entire party. If the democrats run Biden, they are basically telling the voters “ha ha ha we have figured out how to make you gargle with shit! watch!” We know that’s what the republicans are doing and at least they’re honest about it and wear those stupid red hats that are so visible at 400 meters.

Hunter Biden, if you’re reading this: go overdose on opiates and do us all a favor. Then there can be some pro forma tears and the Trumpies will be left empty-handed.

Joe: drop dead. Literally. The best thing you could do right now is agree to give testimony, then fall over from a heart attack and save everyone and shorten the endless democratic debate cycle by one small amount.

By the way, let me demonstrate how this is done properly:

If you scored more than 4, you are probably a Russian spy. Greetings! I, for one, welcome your involvement in the 2020 election! Please don’t hurt me.

And, of course, Putin’s got kids and they are being well taken care-of: [bi]

Katerina, now 33, is an accomplished acrobatic dancer and has a senior position at her alma mater, Moscow State University, heading a $1.7 billion startup incubator.

Katerina married Russian billionaire Kirill Shamalov in 2013. But the couple divorced earlier this year – revealing they were worth $2 billion.

Putin has tried to shelter his children from the media, attempting to keep them out of politics so they can live normal lives.