This gem of pure tactical technology is brought to you by Commentariat(tm) member rq. 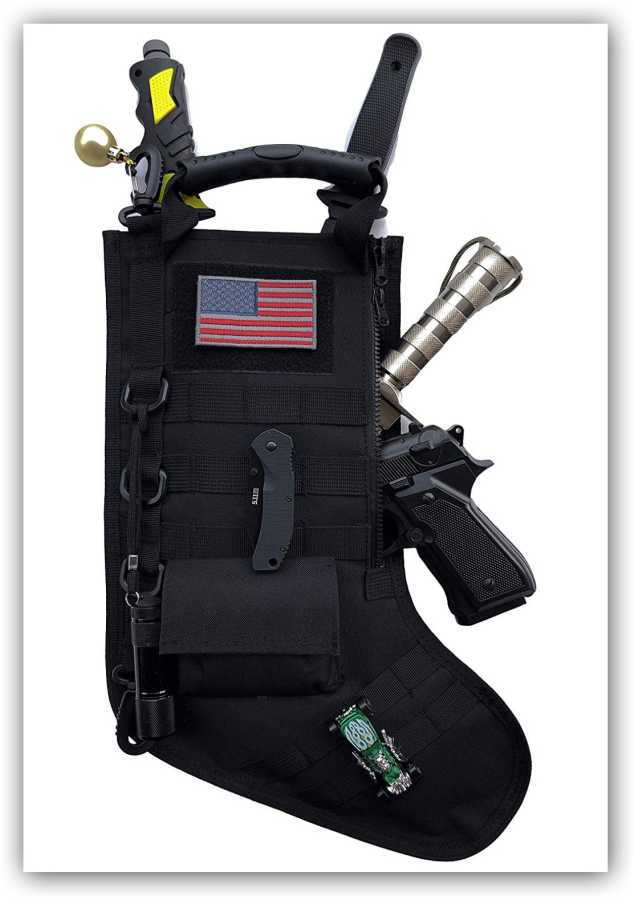 You can get them on amazon [amz] but I’m sure they’re available where stupid Americans buy proto-fascist fetish toys.

Why is there a Hot Wheels car on the toe?

What kind of “operator” leaves the hammer down on their 9mm when they put it into their sock?

I appreciate the redundant (small and large) flashlights. That’s good thinking: “redundancy on my redundant systems.”

And four knives. The neo-Fairbairn’s OK but I don’t even want to speculate what the other thing is. They are both made in China, no doubt, so “USA!” I thought the Rambo-II-style piece of junk sticking out the side was a flashlight not a knife. This is a “sock full o’ knives” which I do approve of. They’re just all a bit short.

I’ve also seen these sporting a “thin blue line” patch. So you can either bow your head to the military or the police – and now, you can bow to tactical Santa Claus, the overwatch sniper who gives good kids weaponry and bad kids a bullet.

The funny thing is that I have it on good authority that Santa Claus is actually a ninja too. I mean, this is a guy who sneaks in under cover of night, and rummages through people’s underwear. In the US, which is full of gun nuts, that’s a really dangerous fetish. You do NOT want to fuck with a guy who gets off on that. 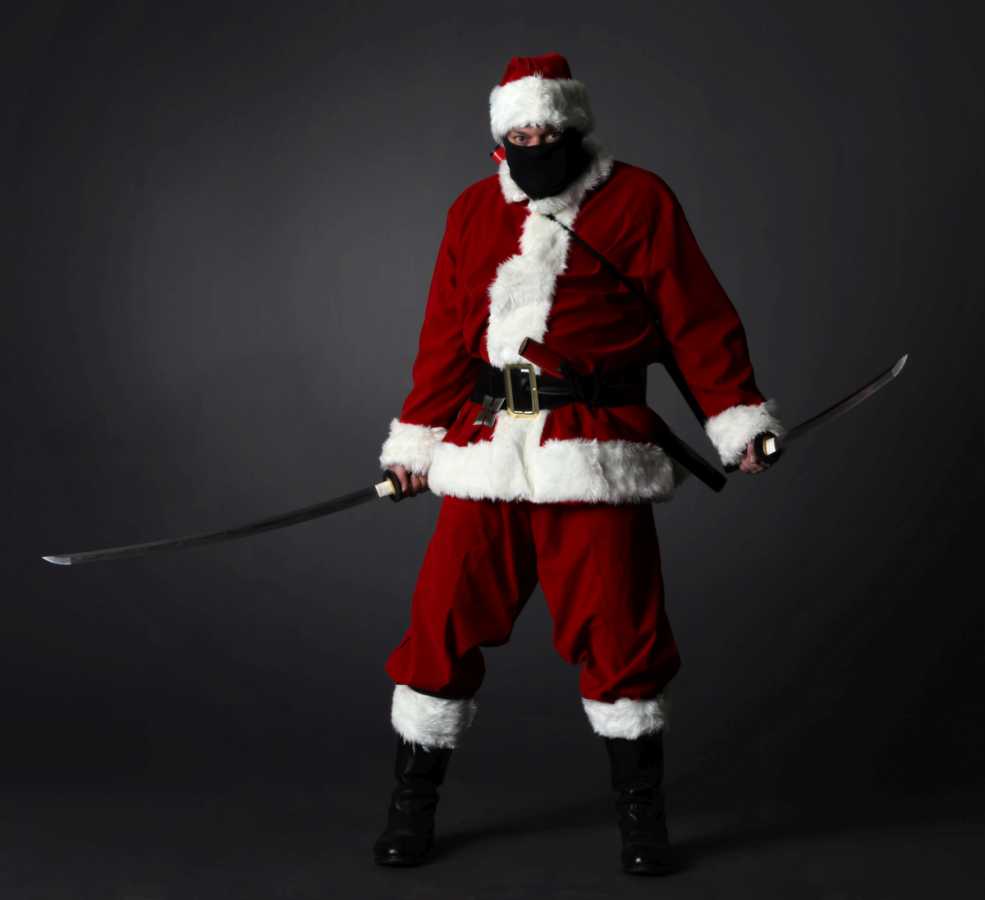 This was some funning around in the studio that I shot to post for stock on deviantart. Considering that this was done using a voice trigger, I think I did a pretty good job angling the blades so the light caught the kissaki.

In Which At One Point I Engaged In Some Christmas Trolling, Fa La La! » « ‘Tis The Season To Get Stressed Out