The different branches of the US military act as though they are in a war with eachother. Which, in a sense, they are – over budget. “Over budget” is an unfortunate phrase to deploy in any posting about the armed services, but let’s roll with it.

Perhaps you recall the sad tale of the Zumwalt and its unfortunate cannon. [stderr] This is the cannon that, literally, has no purpose or ammunition, each shell for the thing costing a whallumping $1,000,000 a shot. Boasting a range of 80 miles the Zumwalt‘s gun has, ummmmm…. 1/20 of the range of the complement of Tomahawk cruise missiles that it also carries. One might ask, “why then does it have a gun?” which congress eventually did; I believe that they are still waiting for an answer. If and when they get one, it will probably be written in sharpie and will say something like “very cool. makes boomboom better than a playboy playmate. I ought to know.” Actually, the sad saga of the Zumwalt and its gun goes back to 1999, so never mind. 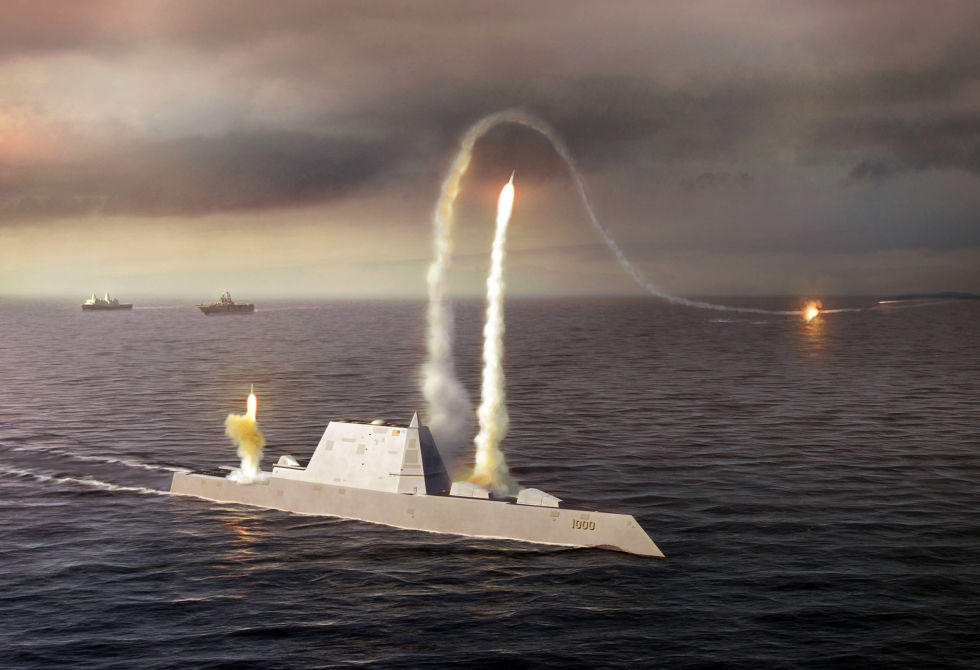 That’s an artist’s rendering of how a Zumwalt class ship might engage a target using its cruise missiles. The gun? What gun? We can’t afford ammo for the gun, but it sure would be cool in a metaphorical dick-waving sense.

But, since the Trump administration and congress have conspired together to shovel a gigantic boat-load more money to the defense/industrial complex, it’s a feeding frenzy out there. The Air Force is getting its F-35s. The CIA is getting its own private army and killer drones. The special forces guys are getting their own killer drones. The navy is getting its barely functioning-as-a-carrier-of-aircraft next generation aircraft carriers and the Zumwalt class ships. What is the army getting? Well, new uniforms because the old camouflage was ugly (what, didn’t they figure that out before they bought it?) and – extended range strategic stuff.

What continued efforts does the Army have planned for the future?

OK, so they want a replacement for the MLRS (multi-launch rocket system) that is bigger and has better range. They want to double the capacity per launcher because that’s obviously better than buying twice as many launchers. And they want an upgrade to the existing Paladin self-propelled gun, which generally has been reported to be an overpriced under-featured piece of shit. The Army’s own propaganda images almost entirely avoid showing the Paladin, preferring to show the good old cost-effective dirt-thumping 155 howitzer – a weapons system that Just Works(tm) because it’s simple and it’s manually fed and all it’s used for is lobbing high explosive at hospitals and villages and people over the horizon that can’t possibly shoot back. 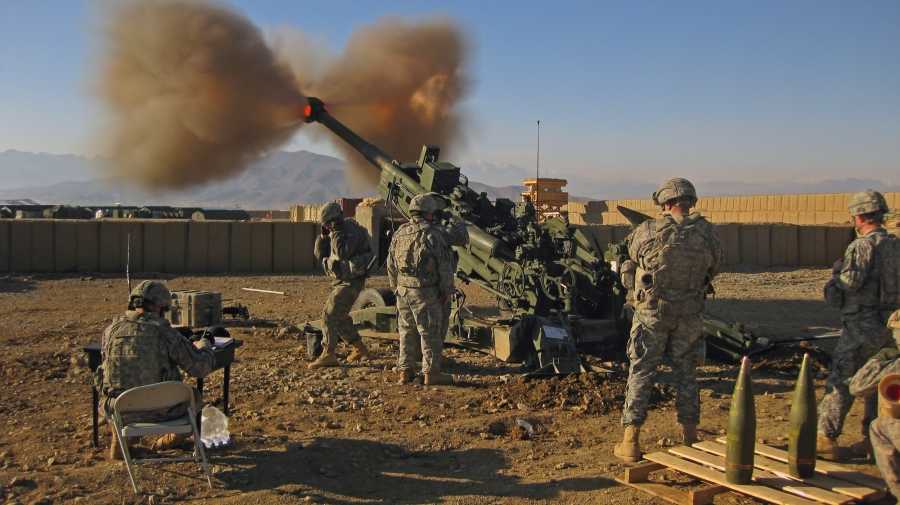 The M777 howitzer is also easy(ish) to maintain because the important mechanisms are all sitting right out there where you can get at them, and it uses standard NATO 155 shells that are certainly good enough for defenseless villagers, though it can also fire fancy shells like inertially navigating rounds, bunker busters, etc. In other words, the army has a system that’s flexible enough to get the job it’s likely to ever do, done. But what is that “Deep Fires” bullet item?

“Deep Fires” is the desire by the army to have something that makes the Zumwalt‘s gun look like a B.B. gun. They want strategic artillery: stuff that can dump high explosive on someone 1000+km distance. Of course, that’s bullshit – there is literally nothing worth lobbing that far that is not a nuclear weapon. Oh. Uh-oh. This is going to cost way more than $1,000,000 per round, isn’t it?

You know which service is going to want its own nuclear weapons next? That’s right: the CIA. At this point, I want to fall to the floor foaming at the mouth and cursing incoherently out of sheer vexation. All of this is taking place against the background of upcoming elections, in which politicians from both branches of the oligarchy are going to do interpretive dances (butoh dances, more like!) attempting to convey how serious they are about taxes and none of them are going to breathe a word about the pentagon’s budget. The pentagon budget is actually the largest threat to the security of the United States, right now.

By the way, the army already has a “Deep Fires” capability: it’s called “The air force.” All these military heroes are just big, spoiled brats eyeing eachothers’ toys with sinister, creepy, jealousy in their hearts.