I’m sure that US politicians, especially the republicans from Texas and Mississippi, watched this and bit their lips with envy. 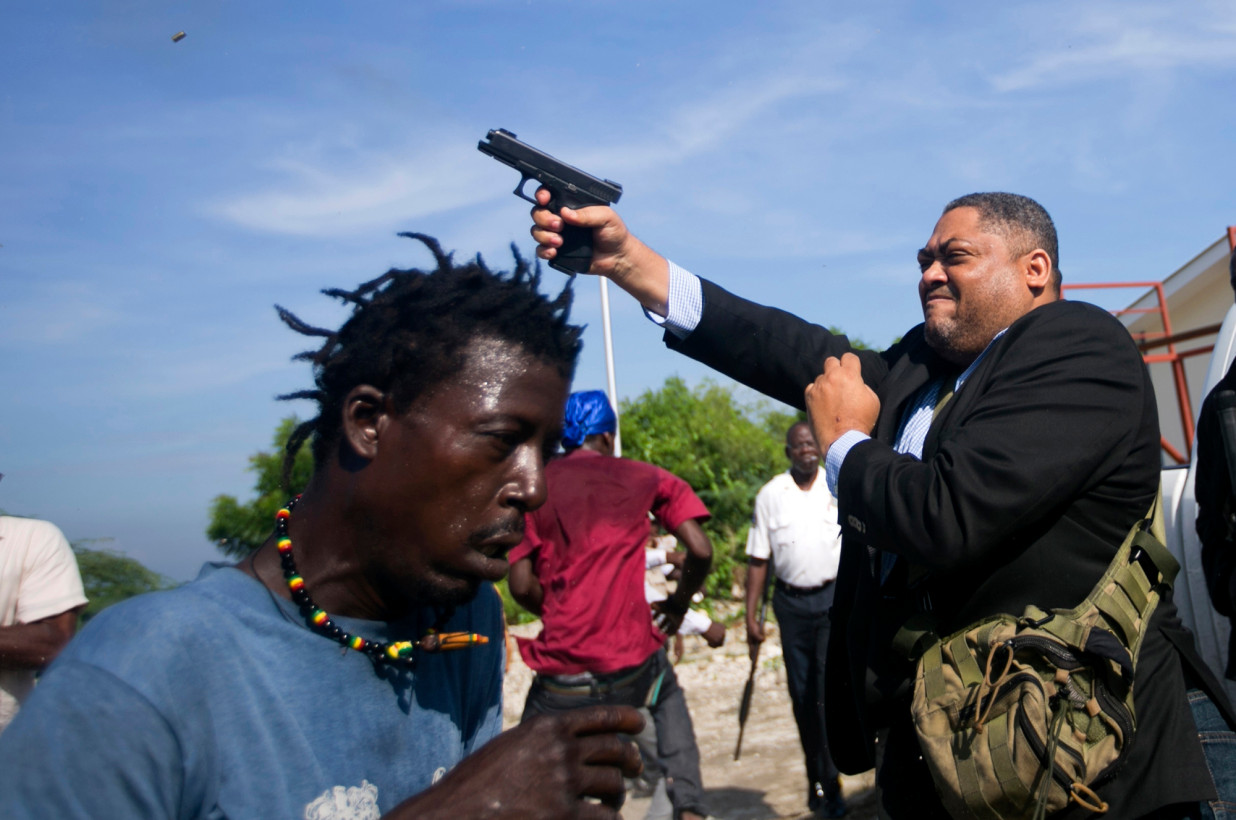 That’s congressman Jean Marie Ralph Féthière interacting with his constituents. There was a protest, some people blocked his pickup truck, he got out and fired several shots, grazing a journalist and another bystander. I don’t say “grazing” to minimize what an incredible action this was; I use that term to explain why nobody was more seriously hurt. The congressman appears to have learned how to shoot from LAPD: just yank the trigger and make bang bang until the gun is empty.

Also, check out his tactical bag. Looks like a maxpedition; those are nice bags. Maybe now they can advertise “as seen being used by gun-toting congressmen”

Chery Dieu-Nalio, an Associated Press photographer, was wounded in the face and a second man, Leon Leblanc, a security guard and driver, was also injured in the incident in the country’s capital, Port-au-Prince, on Monday.

Although doctors were reported to be removing bullet fragments from Dieu-Nalio’s face, the injuries are said not to be life-threatening.

The reason I infer that American politicians would envy Féthière’s freedom to act is because he trots out an excuse that could have been literally written for him by the NRA:

Féthière later justified his actions, without actually admitting firing his weapons. He told Radio Mega, “I was attacked by groups of violent militants. They tried to get me out of my vehicle. And so I defended myself. Self-defence is a sacred right.”

It was not proportional; he suffered no injury requiring bullet fragments to be removed from his body. In the video it does not look like he was being attacked by groups of violent militants. But if he keeps up that kind of shit, the violent militants will come, sure enough. Hasn’t he heard of this thing called a “rifle”?