Yesterday, after I got off the phone from the power company, a guy was standing on my porch 20 minutes later, explaining to me that they had brought the wrong type of truck because the work-order was not specified correctly – but that they’d be back “real soon.”

Skeptic that I am, I didn’t take that seriously until this morning at 7:30 a different guy was back to inform me that they had installed an underground box to mate the lines up (“I hope you don’t mind”) and they were going to finish the hookup and be on their way. Then, he asked me “what the heck is that weird gray machine?” referring to the Anyang power hammer. When he left, I went back to sleep and when I headed to the shop this morning, I had a new meter on the wall: 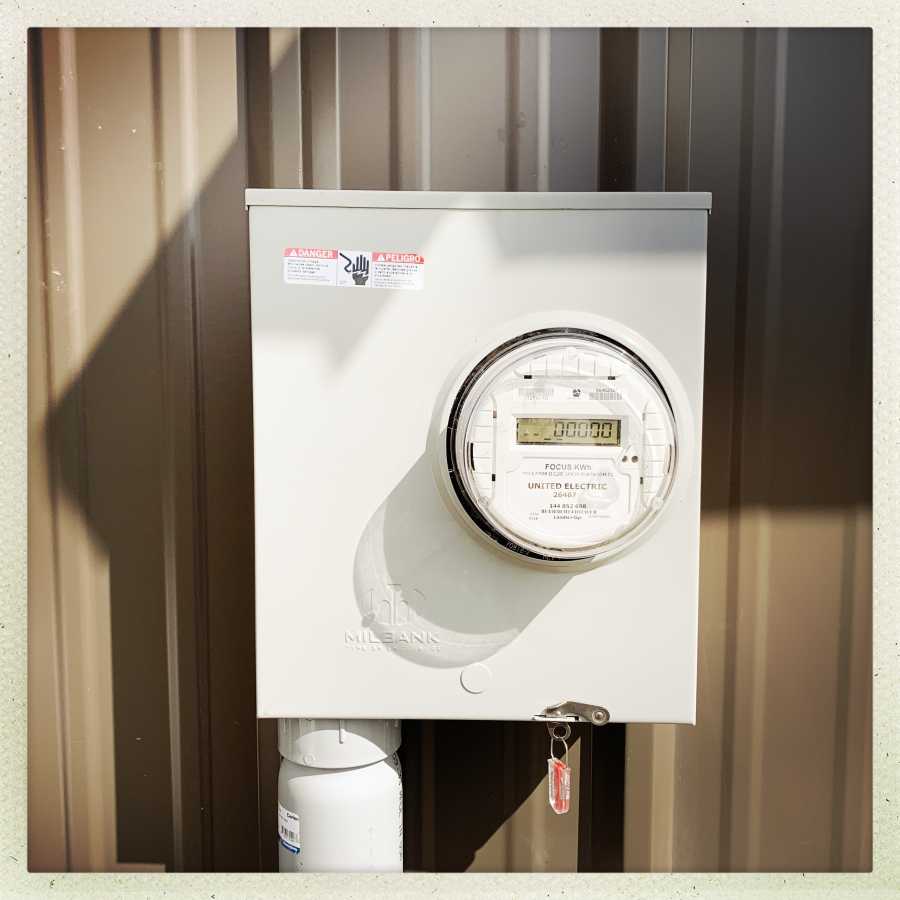 I guess the next couple of days I need to start migrating tools and I need to order some steel. I should have gotten all of that underway before now, but I’ve been being lazy. I find the current political atmosphere to be so distressing that it’s hard to get out of bed some mornings: I just want to hide under the covers and wait for the adults to all fuck off.

The next steps will be to install the breakers in the panel and start doing some of the runs. The first run will be a 50Amp run to plug the MIG machine into. The second run will be utility current for the sound system. I’m going to need a lot of Led Zeppelin for this. I’m also going to bring over my wheeled painter’s gantry (a fantastic thing to have when running wire) and start hauling over some drills, and wiring gear and the MIG machine and an angle grinder and “whatnot”. There is going to be a lot of “whatnot” to do. 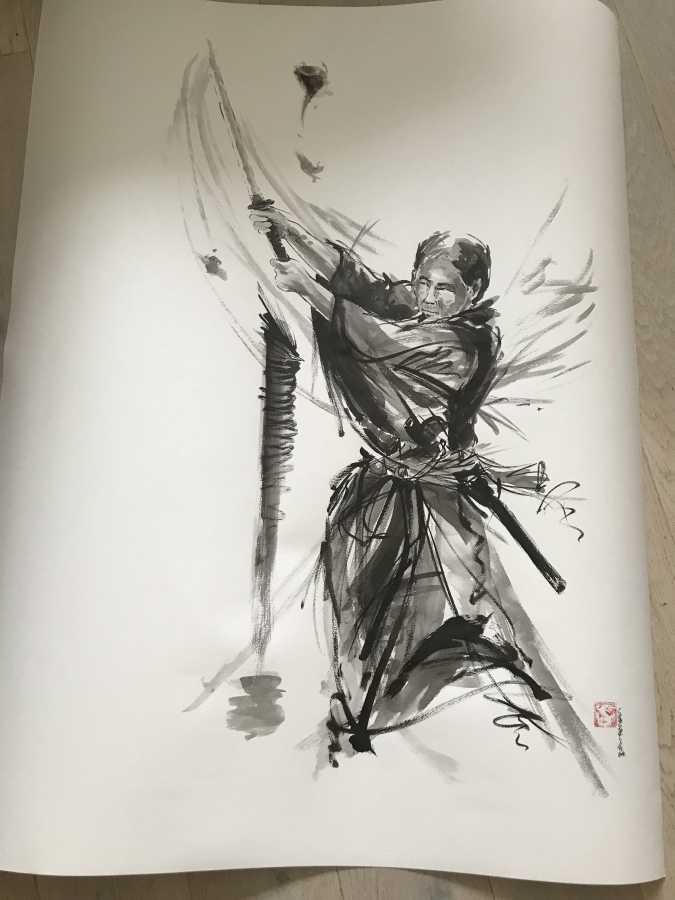 One of my favorite artists on Etsy is a fellow who goes by “samurai art” [etsy] He does really good brush-style dynamic poses of samurai-themed stuff, and I thought it’d be cool to get him to do some art-work for the sitting area. He’s done two 48″ pieces for me, one of a samurai test-cutting a mat, and another of a master smith pointing out where he wants his student to hit with the hammer. I’m going to have to figure out how to mount them so that the temperature changes in the building don’t hurt them. I’ve also got some other art-works to hang: a painting by Caine, a painting by rq, some resin work from Gilliel, an illustration from Andreas Avester and some mokume art from kestrel. There’s probably other things I am forgetting; I blame Trump.

This is going to be a good winter. I have no need to hurry on any of this and I can mix working on one thing or another depending on how I feel. I’m setting myself an arbitrary goal of having everything up and working by Jan 1.

White-Knuckled Tales of Capitalism: Hahaha, Screw You! » « Not The Congressional Action on Guns That You’d Expect