White supremacists are up in arms (literally) over the second invasion of Texas. 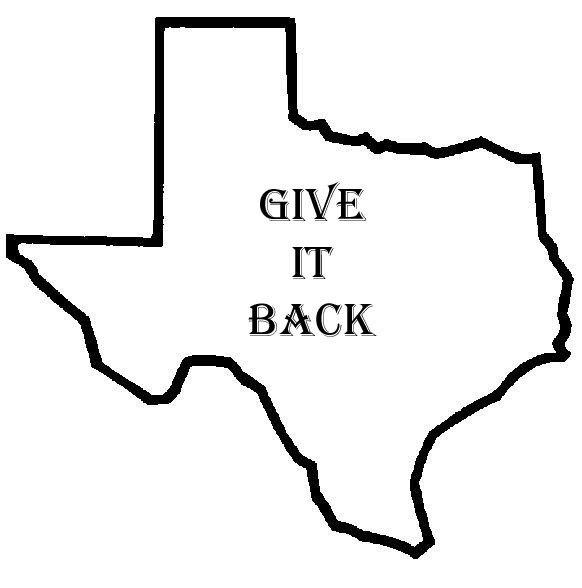 As they see it, immigrants are occupying the area under dispute, and are outweighing the (white) population. Their familiarity with that tactic appears to be subliminally baked into Texan popular culture, because it takes Texas-level ignorance and projection not to realize that that’s how Texas was stolen from Mexico in the first place.

The Imperial United States has been chipping away at Mexico since its inception – sometimes with overt military force, and other times using geopolitical fait accompli (a tactic Israel appears to have learned from the Texans) you station a bunch of settlers in someone else’s land, arm them, then have them ‘rebel’ against the established authority, declare their own state, and ask to join your country. When Russia uses this maneuver in Crimea it’s horribly naughty, of course.

The Texas Republic was probably not part of a complex maneuver; it’s just a small blip in US expansionism, which used the same tactic organically throughout its early growth. Indigenous peoples were driven off their lands often by colonizing settlers, gold miners, grifters, and hunters who established their homes then defended them.

When Mexico won its independence from Spain in 1821, Mexican Texas was part of the new nation. To encourage settlement, Mexican authorities allowed organized immigration from the United States, and by 1834, over 30,000 Anglos lived in Texas, compared to 7,800 Mexicans.

I appreciate Wikipedia’s delicacy calling them “Anglos” instead of “white people” but, what was going on was exactly the kind of cultural takeover and population submergence that today’s white Texans are all worried about. It’s just that it was them doing it.

After Santa Anna’s dissolution of the Constitution of 1824 and his political shift to the right, issues such as lack of access to courts, the militarization of the region’s government (e.g., response to Saltillo-Monclova problem), and self-defense issues resulting in the confrontation in Gonzales, public sentiment in Mexican and Anglo Texans turned towards revolution.

In other words, the Mexican government demonstrated it was weak, and the white people in Texas realized that they had numbers and guns on their side.

Although not recognized as such by Mexico, Texas declared itself an independent nation, the Republic of Texas. Attracted by the rich lands for cotton plantations and ranching, tens of thousands of immigrants arrived from the U.S. and from Germany as well. In 1845, Texas joined the United States, becoming the 28th state, when the United States annexed it. Only after the conclusion of the Mexican–American War, with the Treaty of Guadalupe Hidalgo in 1848, did Mexico recognize Texan independence.

A squatter republic of illegal immigrants complaining about illegal immigrants – the irony would be rich, except it’s not in the slightest bit funny. Texas is a fake state. Put differently, perhaps the former Mexican population of Texas is exercising a “right of return.” 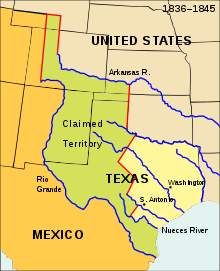 One way to get 4 southern white supremacists out of the senate would be to give Texas back to Mexico.

It was nationalists’ land-grabs that first made me begin to suspect that nationalism is just a sham. They pretend that they care deeply about “their” borders but they cheerfully violate borders when it’s convenient. We can’t conclude anything but that borders are just a convenient fiction to nationalists; perhaps a few are so ignorant they actually believe it, but the rest know it’s all a lie.

Those Billowing White Clouds » « Trump Is Not The Only Problem