One of the assets of a company is its endowment or its retirement fund. In principle, it’s money that has been set aside for employees’ pensions when they retire.

The company supposedly sets aside money for employees in a pension fund that will be managed and grown, and the employees pensions will be paid out if it when they retire. If you’re familiar with the US’ Social Security system, it’s the same idea: a gigantic government-backed pension-fund that pays out, as people pay in – sort of a legal-because-it’s-the-government Ponzi scheme.

For a lot of companies in the 20s through the 80s and 90s, a company’s HR/accounting department might manage the plan. It’s not hard: for each employee you put a certain amount of money aside in the retirement fund, so that there would be enough to pay out when it was needed. It’s all pretty straightforward, isn’t it?

It would be straightforward except that there are always greedy sleazeballs who immediately begin to eye any large pile of money, trying to figure out how they can run off with a bunch of it, without having to do the hard work of actually earning any of it. I described elsewhere how asset-strippers like Mitt Romney’s Bain Capital [stderr][stderr] work: they buy a company that is “undervalued” – which means that its total assets are worth more than its sticker price, then tear it apart and sell the pieces so they can pocket the difference. A company’s retirement plan is an “asset” because, well, it’s money that the company controls. Uh-oh. 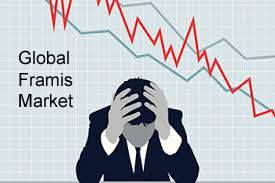 When Congress realized that the Social Security trust fund was money that they controlled, they immediately started borrowing against it. That’s because Congress realized something that capitalists also know: it doesn’t matter if it’s your money, you can steal it without stealing as long as you control it. Control of a valuable asset is, for all intents and purposes, what having that asset means. If you’re Congress you say, “well, since we control how much money comes in, we can guarantee how much money will be there at any given time, so you may as well let us borrow against it until such a time as we need the money.” Which is never, because Congress can make sure “never” ever comes. See how that works?

So, let’s say you are an asset-stripper and you just bought Acme Framis, Inc. and Acme has a well paid-up retirement fund. You probably can’t outright write a check for it and go buy a new yacht – but you can look at the part in the company’s bylaws where it says that the retirement money is to be invested in order that it grow. A ha! So, you invest the retirement money in a start-up that you’re going to also profit from – like maybe the new hotel that Trump guy is building in Moscow. If it succeeds, wildly, now the company’s retirement plan is over-funded and you can just use those assets for another purpose. A big bonus for the executive team seems like a good place to start. If there’s too much money for such an obvious trick to work, what you do is spin off another company and make your golfing buddies executives in that, and you still control it and now you can sell it any time you want to. Here’s what that looks like: [bain]

BOSTON and NEW YORK, October 23, 2018 – Bain Capital, LP and Pfizer Inc. (NYSE: PFE) today announced the creation of Cerevel Therapeutics, LLC (“Cerevel”), a new biopharmaceutical company focused on developing drug candidates to treat disorders of the central nervous system (CNS). Pfizer is contributing a portfolio of pre-commercial neuroscience assets to Cerevel, which include three clinical-stage compounds and several pre-clinical compounds designed to target a broad range of CNS disorders including Parkinson’s, Alzheimer’s, epilepsy, schizophrenia and addiction. Funds affiliated with Bain Capital Private Equity and Bain Capital Life Sciences have committed $350 million with the ability to provide additional capital should it be needed in the future.

If it works, lots of paper wealth will be created, so nobody will care where the investment capital came from. And, if it’s gone, hey, it’s gone so nobody’ll care, either!

At various times, lawmakers have tried to make it more difficult to steal a company’s retirement pot, and – ironically – companies that keep their retirement fund fully topped-up and under someone else’s management – are less attractive to asset-strippers because of it. But the older, more established businesses might not have gotten with the times.

So, you hear about companies like Toys-R-Us going bankrupt; where did the retirement fund go? It got eaten up to pay the company’s debts – debts incurred to the asset strippers; debts like the huge bonuses paid to the management team at the asset strippers. [stderr] That’s how you get stories like this: a large, successful business that had a paid-up retirement fund goes bankrupt and all the retirees are left with a great big double fist-full of “fuck you.” [wapo]

As a grocery chain is dismantled, investors recover their money. Worker pensions are short millions.

MUNCIE, Ind. – Once the Marsh Supermarkets chain began to falter a few years ago, its owner, a private-equity firm, began selling off the vast retail empire, piece by piece. The company sold more than 100 convenience stores. It sold the pharmacies. It closed some of the 115 grocery stores, having previously auctioned off their real estate. Then, in May 2017, the company announced the closure of the remaining 44 stores.

Marsh Supermarkets, founded in 1931, had at last filed for bankruptcy.

“It was a long, slow decline,” said Amy Gerken, formerly an assistant office manager at one of the stores. Sun Capital Partners, the private-equity firm that owned Marsh, “didn’t really know how grocery stores work. We’d joke about them being on a yacht without even knowing what a UPC code is. But they didn’t treat employees right, and since the bankruptcy, everyone is out for their blood.”

The anger arises because although the sell-off allowed Sun Capital and its investors to recover their money and then some, the company entered bankruptcy leaving unpaid more than $80 million in debts to workers’ severance and pensions.

Ms Gerken is exactly right: the Sun Capital Partners people didn’t know a UPC from a UPS truck. But they never cared about running the business successfully, anyhow. They were there to part the company out and loot everything they could carry.

The unpaid pension debts mean that some retirees will get smaller checks. Much of the tab will be picked up by the government’s pension insurer, a federal agency facing its own budget shortfalls.

“They did everyone dirty,” said Kilby Baker, 70, a retired warehouse worker whose pension check was cut by about 25 percent after Marsh Supermarkets withdrew from the pension. “We all gave up wage increases so we could have a better pension. Then they just took it away from us.”

Why is the government’s pension insurance having trouble with debt? It’s pretty easy to tell: because they offered an “impossible to fail” scenario at the taxpayers’ expense. That probably makes it easier for the asset-strippers to sleep at night.

As you might expect, this sort of thing has occasionally had regulation brought up to control it. Some companies structure their retirement by putting money into accounts for the employee, with matching funds. At my last job, a well-run software start-up, the company did a matching payout against any money the employee held in their 401K fund. In other words, it was my money and nobody could touch it until I retire. In other words, not all companies are evil to their employees – some of them are demonstrating their good faith by putting their employees’ money (and their contribution) where they can’t come along and take it back. Remember what I said earlier: having control of the money means you have the money.

When Trump (or whoever) talks about how businesses need a more friendly environment, with less annoying regulation, just remember that that annoying red tape is almost always an attempt to rein in capitalists’ rapaciousness. These are people who will bankrupt a 70-year-old retiree while complaining about the paperwork it takes to do it. I hope the retirees still know how to shoot straight.

Need I mention that the founders of Sun Capital Partners have big houses and parties in The Hamptons, are friends of Mitt Romney, and probably donated bigly to the Trump campaign? Because, with the kind of money we’re talking about, a few percentage points make a big enough difference to buy another yacht or lamborghini or something.

Intrusive big government (Department of Labor) tries to keep all of this mess regulated. Does anyone want to bet against me that the Department of Labor is one of the departments that Trump has completely trolled to pieces? He’s probably put an asset-stripper in charge.