The best kind of ‘risk’ to take is the risk of no-risk. I.e.: a sure thing. when you’re talking about capitalism, that means “win/win” scenarios should look indistinguishable from when the game is rigged in someone’s favor. Otherwise, you haven’t rigged it hard enough.

This is a fairly typical scenario: [usa]

Toys R Us, which is based in Wayne, N.J., agreed to trim its original $16 million bonus proposal by $2 million, and to make $5 million of the bonus payout contingent on the company creating a business plan that allows it to emerge from bankruptcy.

The company said the bonuses are necessary because they motivate executives to boost sales during the critical holiday shopping season. 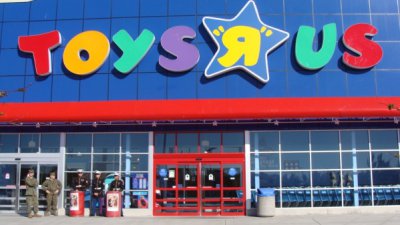 Read that carefully, because it says, “we are going to pay you at least $9 million in bonuses for being behind the wheel when a retail giant stumbles and collapses.” Because, if they weren’t guaranteed those big bonuses, the executives would presumably leave and go screw up someplace else.

Usually, when a company is performing well, executives are granted stock options (I will do a posting on how those work) as a form of performance-based compensation. The options are justified based on the principle that, if the stock goes up, everyone makes money, and the higher it goes, the more money the optionees make. Sometimes you get a perverse incentive, there, in which the optionees just do some things to spike the stock, sell it, and leave. In this case, Toys ‘R Us’ shareholders are expected to take money out of the company, which might be used to stave off financial ruin, and give it to the executives who oversaw the financial ruin. I would not be surprised if the executives have it in their contract that they should also get a “thank you” card with the check: they are getting incentive pay if the company survives, and a bonus if it fails.

Of course it’s going to fail; Amazon.com killed it. Toys ‘R Us has been staggering around with a giant arrow through the knee for the last decade. Which means that the board of directors should have only been hiring executives that were going to attempt a “turn-around” or “comeback” and would be compensated if they succeeded.

Other than the inevitable collapse of its market, what happened to Toys ‘R Us in the first place?

The Week gives an overview of how Toys R’ Us failed to avoid the great big iceberg with its name on it. [the week] If you want to follow along on asset stripping 101, you can refresh here: [stderr]

Our story begins in 2004. After big success in the 1980s, Toys ‘R’ Us’ performance turned lackluster in the 1990s. Sales were flat and profits shrank. Toys ‘R’ Us was a public company at the time, and the board of directors decided to put it up for sale. The buyers were a real estate investment firm called Vornado, and two private equity firms named KKR and Bain Capital. (You may remember the latter from 2012 campaign ads: It was co-founded by former Republican presidential candidate Mitt Romney, though he’d moved on well before this.)

The trio put up $6.6 billion to pay off Toys ‘R’ Us’ shareholders. But it was a leveraged buyout: Only 20 percent came out out of the buyers’ pockets. The other 80 percent was borrowed. Once Toys ‘R’ Us was acquired, it became responsible for paying off that massive debt burden, while also paying Bain Capital and the other two firms exorbitant advisory and management fees.

On its own, that shouldn’t have been catastrophic. The problem was the massive financial albatross the leveraged buyout left around Toys ‘R’ Us’ neck. Just before the buyout, the company had $2.2 billion in cash and cash-equivalents. By 2017, its stockpile had shriveled to $301 million, even as its debt burden ballooned from $2.3 billion to $5.2 billion. Meanwhile, Toys ‘R’ Us was paying $425 million to $517 million in interest every year.

This enormous cash drain probably made it impossible for the company to invest or innovate even if its trio of buyers had been up to the challenge.

The interest payments are the company, paying the people who borrowed the shares to buy the company, interest on their loan. Once they owned the company, they could decide (“hey, it’s our company! let’s repay ourselves! Show of hands? Surprisingly unanimous.”) to repay themselves – and the management fees are just icing on top of a cake that is already a great big glob of icing.

Bain, KKR, and Vornado will have to write off their investment, of course. But they did suck around $200 million in fees out of Toys ‘R’ Us over the course of their ownership.

This particular mammoth was probably already heading toward extinction, but a bullet through the lungs didn’t help its chances of survival in the slightest.

Now, a quiz: did the toy market become more efficient as a consequence of this? Did the price of toys go up or down? Did customers notice an improvement in the availability of toys? How did the employees feel about this? Nobody needed more empty holes in the shopping mall parking lots.

These people are as merciless as wasps.

A clarification: once you buy up a controlling interest in a company’s shares, you (as it implies) control the company. That means you can put your golf buddy in as CEO and your lawyer’s nephew as chairman of the board. Then, they can vote to pay you a $5 million bonus. And none of the employees or shareholders can do anything about it. There are some controls – the shareholders can sue if the directors of the company are too obvious about what they are doing – but by then it’s already way too late.

I used to know a guy who worked at a start-up that managed to go public. Prior to the IPO, when the company was setting up all the new financial structures it would need internally, they were told by one of their investors that they needed to hire his golf buddy to be on the board of directors. “It’s OK, he’ll never come to any meetings and will vote ‘yes’ for everything. He just wants a slice of the excitement.” What that meant was a tranche of stock options that wound up being worth $4,000,000, which he immediately dumped as soon as he had clearance (stock options come with a seller lock-out so you can’t just dump them) and drove the stock price down, stripping about $20,000,000 in market capitalization from the company. And he never appeared at a single meeting.

Sometimes the people who get hit with these maneuvers are real jerks, themselves, and it’s tempting to be unsympathetic. There is a certain amount of “what goes around comes around” but just keep your eye on the employees: it’s always the employees who wind up getting screwed. Because: win/win.

KKR are some of the most ‘famous’ asset strippers; they’re the ones that dismantled RJR Nabisco [wik] – the biggest leveraged buyout of its day.