Anyone who heard about the night raids in Afghanistan should have been worried: it marks a shift from trying to engage an enemy on clear ground to hitting them where they live. As someone who grew up during the war in Vietnam, it’s hard not to think of “Search and Destroy” missions and the Phoenix Program.

For those of you who don’t know, the Phoenix Program was CIA’s contribution to the war effort: [wik]

The major two components of the program were Provincial Reconnaissance Units (PRUs) and regional interrogation centers. PRUs would kill or capture suspected VC members, as well as civilians who were thought to have information on VC activities. Many of these people were taken to interrogation centers and were tortured in an attempt to gain intelligence on VC activities in the area. The information extracted at the centers was given to military commanders, who would use it to task the PRU with further capture and assassination missions. The program’s effectiveness was measured in the number of VC members who were “neutralized”, a euphemism meaning imprisoned, persuaded to defect, or killed.

The program was in operation between 1965 and 1972, and similar efforts existed both before and after that period. By 1972, Phoenix operatives had “neutralized” 81,740 suspected VC operatives, informants and supporters, of whom between 26,000 and 41,000 were killed. During the same 1965–1972 period the VC killed 33,052 South Vietnamese village officials and civil servants. 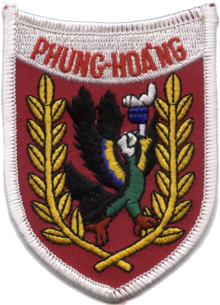 It appears that the night raids were just the military/special forces side of the effort; the CIA had its own thing going on, straight out of their standard play-book, Phoenix-style, Contra-style, dirty war: [nyt]

NADER SHAH KOT, Afghanistan – Razo Khan woke up suddenly to the sight of assault rifles pointed at his face, and demands that he get out of bed and onto the floor.

Within minutes, the armed raiders had separated the men from the women and children. Then the shooting started.

As Mr. Khan was driven away for questioning, he watched his home go up in flames. Within were the bodies of two of his brothers and of his sister-in-law Khanzari, who was shot three times in the head. Villagers who rushed to the home found the burned body of her 3-year-old daughter, Marina, in a corner of a torched bedroom.

The men who raided the family’s home that March night, in the district of Nader Shah Kot, were members of an Afghan strike force trained and overseen by the Central Intelligence Agency in a parallel mission to the United States military’s, but with looser rules of engagement.

Those fighting forces, also referred to as counterterrorism pursuit teams, are recruited, trained and equipped by C.I.A. agents or contractors who work closely with them on their bases, according to several current and former senior Afghan security officials, and the members are paid nearly three times as much as regular Afghan soldiers.

Just as, during the Vietnam War, there’s the “we had to destroy the village in order to save it” dilemma: on one hand there are troops trying “hearts and minds” to win over the locals and, on the other, there are the daggers in the dark.

“The dilemma is this: The C.I.A. needs to fight its wars in the shadows,” said Karl Eikenberry, a former commander of American forces in Afghanistan who later served as the United States ambassador to Kabul. “But when the U.S. also takes on the mission of state-building, then the contradictions between the two approaches – stealth, black ops, and non-transparency vs. institution building, rule of law, and accountability – become extraordinarily difficult to resolve, and our standing as a nation suffers.”

Let me re-frame that a bit differently: while there’s one part of our forces trying to build a civil society, there’s another part doing whatever they can to prevent that from happening. That’s an irony that Woody Allen captured in his 1971 movie <i>Bananas<i> which has a scene where the hero is stuck on a C-130 full of commandos that are about to drop in and overthrow the government of a central american “banana republic” and one of the commandos says something to the effect of: “the CIA also has assets on the other side. That way, no matter what happens, we’ll be aligned with whoever wins.”

American defense officials in Washington say the C.I.A. operations in Afghanistan are largely opaque to military generals operating in the war zone. The C.I.A.’s level of partnership has been declining as the Afghan intelligence agency and its forces grow more mature, the officials said. But as American military forces are set to draw down, the role of the Central Intelligence Agency is only likely to grow in importance.

Translating: as the soldiers head home, the assassins will stay behind.

Stanley McChrystal ran the Iraq version of the special forces night raider teams. So far, details about what they did have not come out, but there are plenty of indications that it’s the usual mix of assassinations and war crimes. McChrystal is considered a great success because his crew managed to find and kill Abu Musab Al-Zarqawi “the Sheik of The Slaughterers” [wik]

McChrystal’s Zarqawi unit, Task Force 6-26, became well known for its interrogation methods, particularly at Camp Nama, where it was accused of abusing detainees. After the Abu Ghraib torture and prisoner abuse scandal became public in April 2004, 34 members of the task force were disciplined. McChrystal later said that, “we found that nearly every first-time jihadist claimed Abu Ghraib had first jolted him into action.”

Hearts and minds. McChrystal, remember, considers himself too moral to work for Donald Trump. I guess he’s the new Sheik Of The Slaughterers.

The bit about the task force members being disciplined did not get a lot of press coverage; the media was too busy dissecting poor ignorant Lynndie England and the designated gomers that got thrown under the bus.