My father used to say that the history of a time can’t be written until all the bodies are buried. There’s definitely something to that, and the little bits that do peek out often reveal the shape of an underlying mass of buried secrets. It’s enough to turn you into a conspiracy theorist.

First off, let me note that this is not new news – it’s a piece of a puzzle that dropped years after the event, but which I only stumbled over nearly twenty years afterward. This illustrates, for me, the corrosive effect of keeping secrets: you don’t know the truth, and then later you don’t learn it unless you seek it out or stumble across it, after years of thinking that people who were telling the truth are conspiracy theorists. The secret-keepers have taken a great big dump right in the middle of your ability to know anything – it’s a sort of epistemological denial of service attack. For anyone who wants to believe in Democracy, as a political ideal, it poses a problem: how can The People make informed decisions about lies? 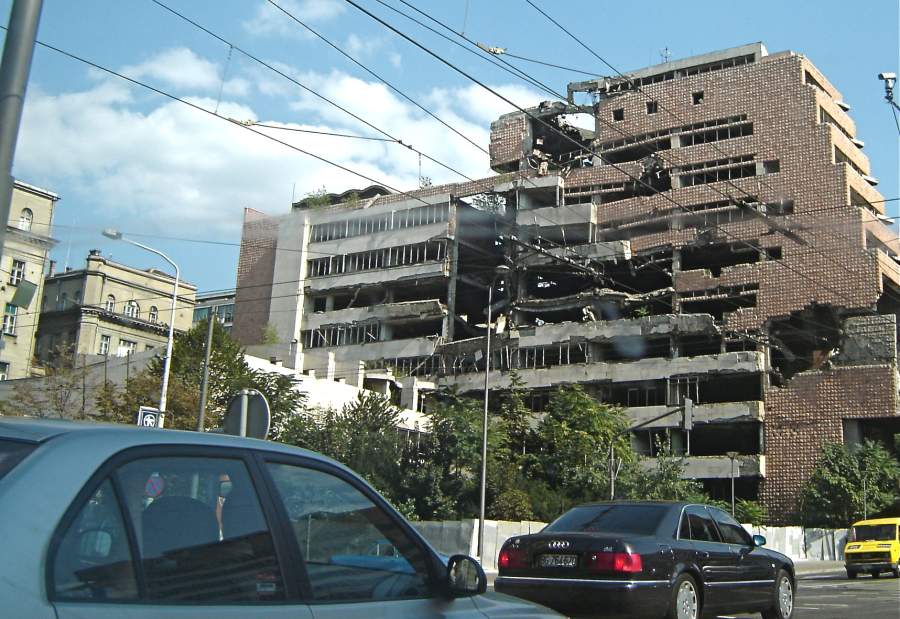 According to senior military and intelligence sources in Europe and the US the Chinese embassy was removed from a prohibited targets list after Nato electronic intelligence (Elint) detected it sending army signals to Milosevic’s forces.

The story is confirmed in detail by three other Nato officers – a flight controller operating in Naples, an intelligence officer monitoring Yugoslav radio traffic from Macedonia and a senior headquarters officer in Brussels. They all confirm that they knew in April that the Chinese embassy was acting as a ‘rebro’ [rebroadcast] station for the Yugoslav army (VJ) after alliance jets had successfully silenced Milosevic’s own transmitters.

The Chinese were also suspected of monitoring the cruise missile attacks on Belgrade, with a view to developing effective counter-measures against US missiles.

Oh, well, there you go. It was a deliberate act of war that was swept under the carpet. Embassies are pretty widely assumed to be havens for spies, but they’re negotiated to be safe havens; bombing another country’s embassy in another country is an outrage of the sort only Bill Clinton would do. Perhaps you remember the massive outrage when Iranian revolutionaries held American embassy staff hostage, claiming they were illegal CIA agents in-country – and they were CIA agents?

I don’t have a good word for this (“political nihilism” comes to mind) – the idea that political ‘facts’ are only for manipulating the herd, that truth does not matter, right and wrong are vacuous concepts used to fob off the naive. This is from 20 years ago, and all that stuff about the maps being wrong was “fake news.”

Defence Secretary William Cohen said: ‘One of our planes attacked the wrong target because the bombing instructions were based on an outdated map.’

Later, a source in the US National Imagery and Mapping Agency said that the ‘wrong map’ story was ‘a damned lie’.

It’s easy to jump to “it’s all lies.” The illegal and secret actions of governments feed directly into bonfires of bullshit like 9/11 truthers and birtherism. They want that.