Did you know that welding is an olympic event? Nope, I didn’t either.

Let me hop onto the bandwagon of mockery for Ralph Lauren’s latest disaster in the olympic event of “accessorization.” 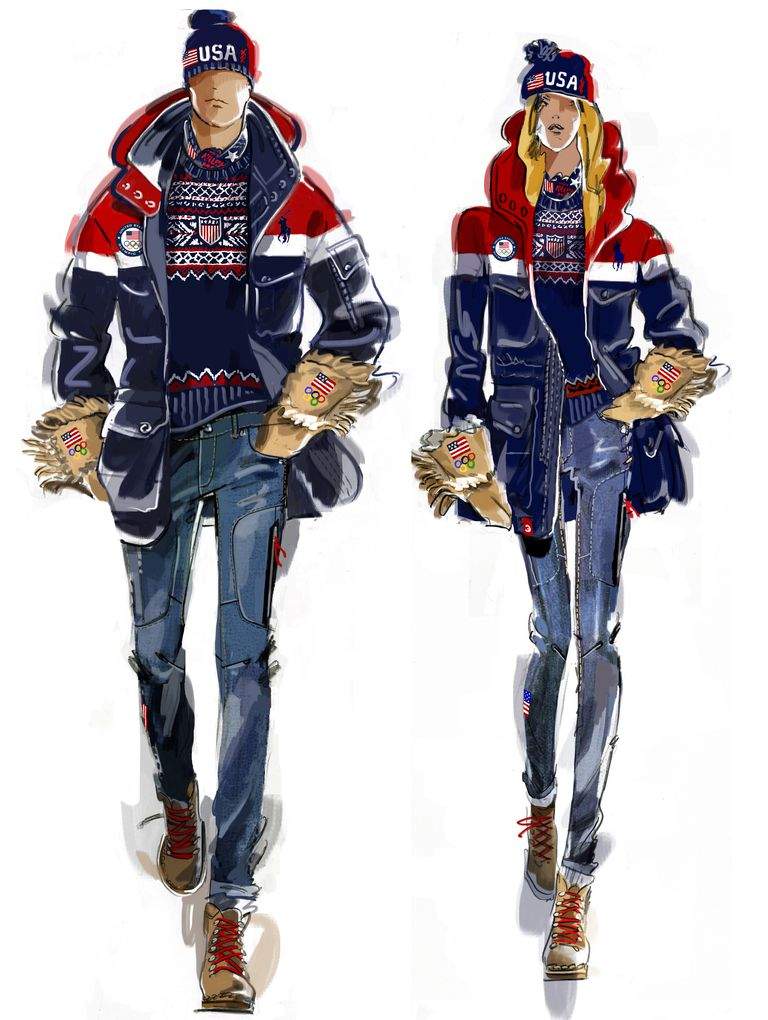 The bulky coats are actually not too awful, but I’m afraid that’s mostly because they’re going to fit pretty much every athlete fairly well.

But the welding gloves. Well, I cannot support that at all; you don’t want things hanging down from your hands when you’re working in a machine-shop – getting danglies caught in power tools is a bad fashion statement. Why are they wearing welding gloves?!

It looks as though the Ralph Lauren shop had left-overs from the 1984 olympic “Marlboro Man” look. 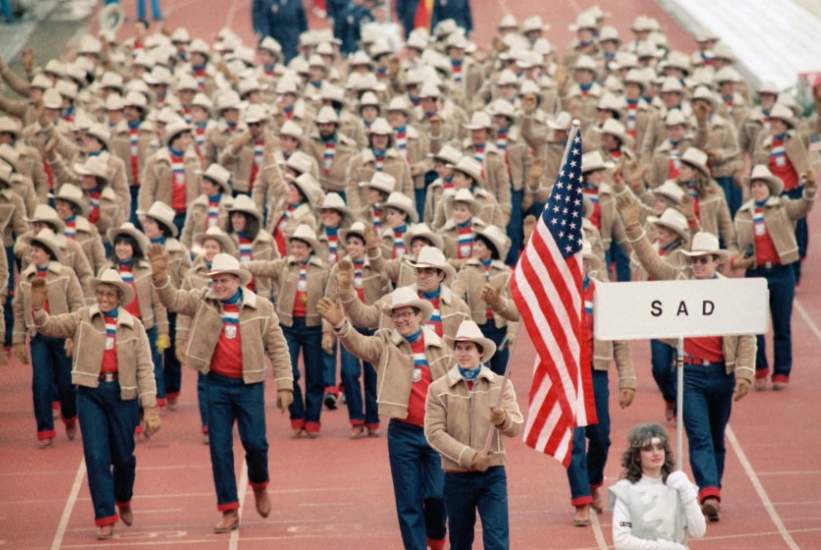 (The image from 1984 is from when the olympics were held in KosovoSarajevo; “SAD” is not a commentary on the USA, it is the YugoslavianSerbo-Croatian way of saying “USA”) 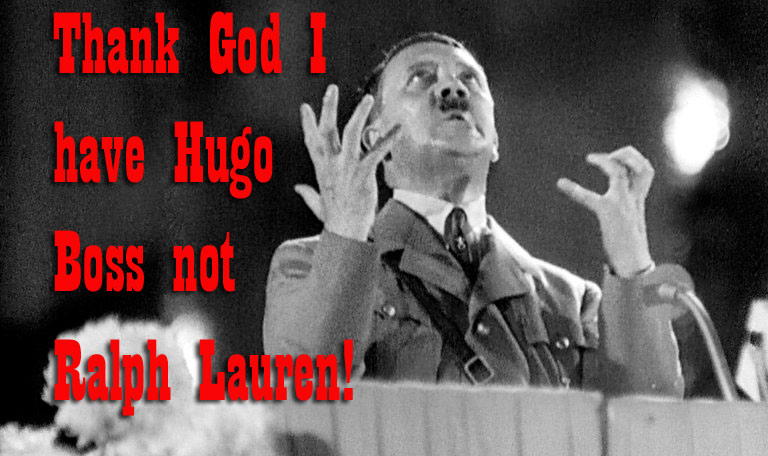 I know I’m probably not rational about the olympics and how much I hate the idea of “national teams” and “national team costumes.” [stderr] [stderr] But Ralph Lauren and the US Olympic Committee keep playing right into my hand, with cheesy garbage that embarrasses instead of glorifies.

It must be agonizing for the athletes, who know they have to play along with all the “Rah! Rah!” in order to go do what they really want to do. And they have to pretend to be enjoying the propaganda. Observe the pasted-on “oh, that is very nice. really!” smiles of the reaction to the 2014 uniforms: 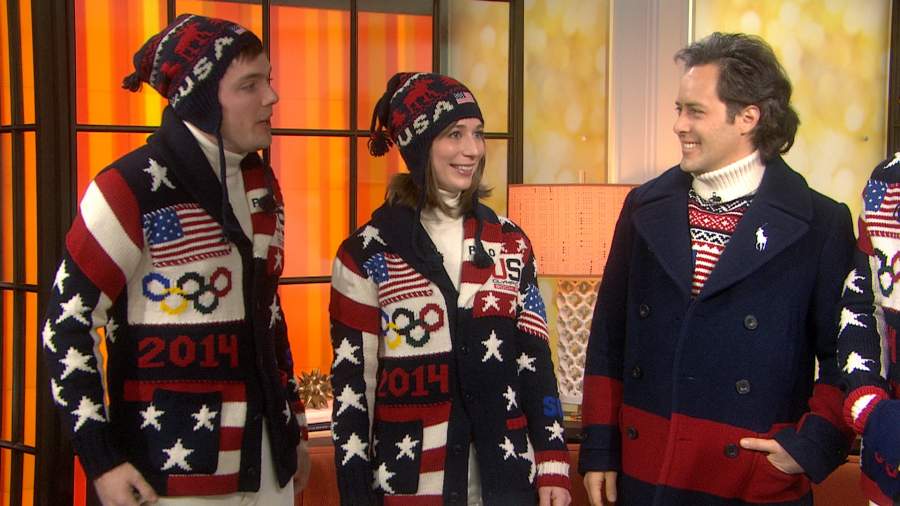 Don’t give Trump the idea of having Trump Corporation (or maybe Ivanka) design uniforms for a military parade in Washington. It would be hilarious but expensive. 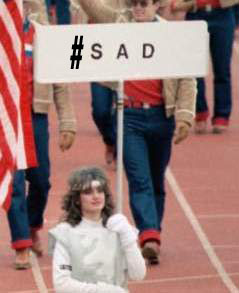 Addendum: I like the anime-slim angular look, too, but this outfit is for athletes not high-fashion models. Ralph’s team’s original design should be rendered on a range of body-types before it’s put into production. I doubt there is an olympic event where those skinny thighs are a typical muscle complement on an athlete. Just a suggestion.

There are some really sad and gloomy pictures [bi] of what the $110 million Olympic park at Sarajevo looks like now: 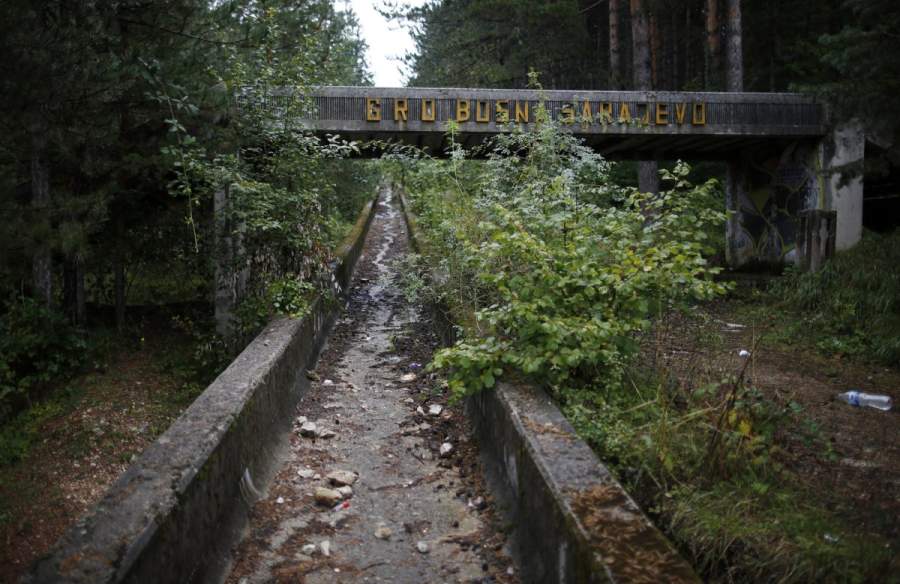 The Ralph Lauren jackets include interior heating from a battery (i.e.: they’re like a snowmobile suit) and cost around $2,500 apiece. That use of the flag as lining is probably a violation of flag usage protocols – not that I care. The sweaters are $600. Miraculously, both have sold out. Even the welding gloves have sold out. [ralph] 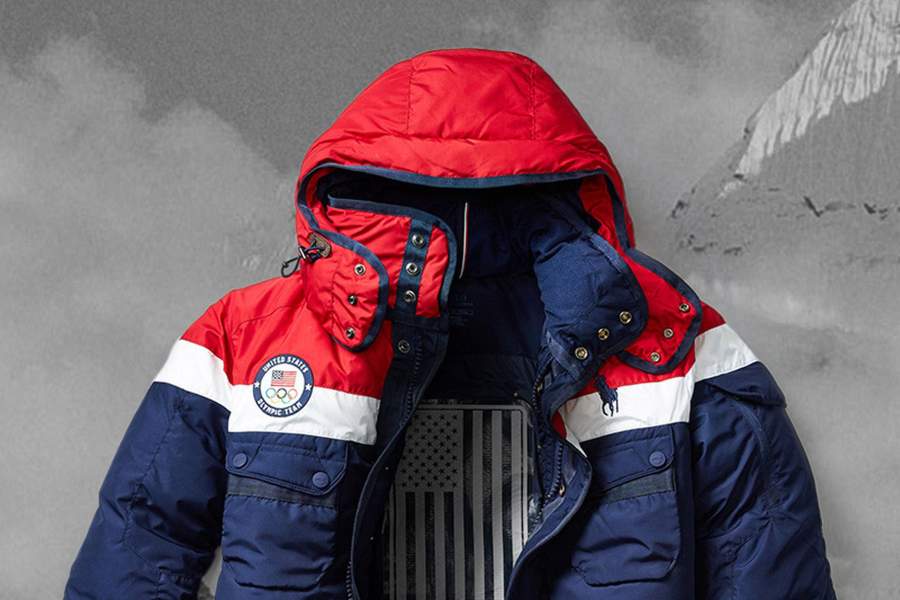