Another of my dad’s friends and colleagues was one Peter Gay, who was an immigrant whose family fled to the US during WWII, carrying all their wealth in the form of rare postage stamps, pasted to a postcard collection that Peter carried. They boarded the ill-fated St. Louis, a refugee-ship that cruised up and down the US East Coast being denied landing rights because the US didn’t want any jewish refugees.[wik] The family managed to sneak off the boat in Cuba and later got a ride to the US. He was a stamp collector until his death in 2015. He was a great expert on Voltaire, and wrote a seminal text Voltaire’s Politics, the Poet as Realist [amzn]. 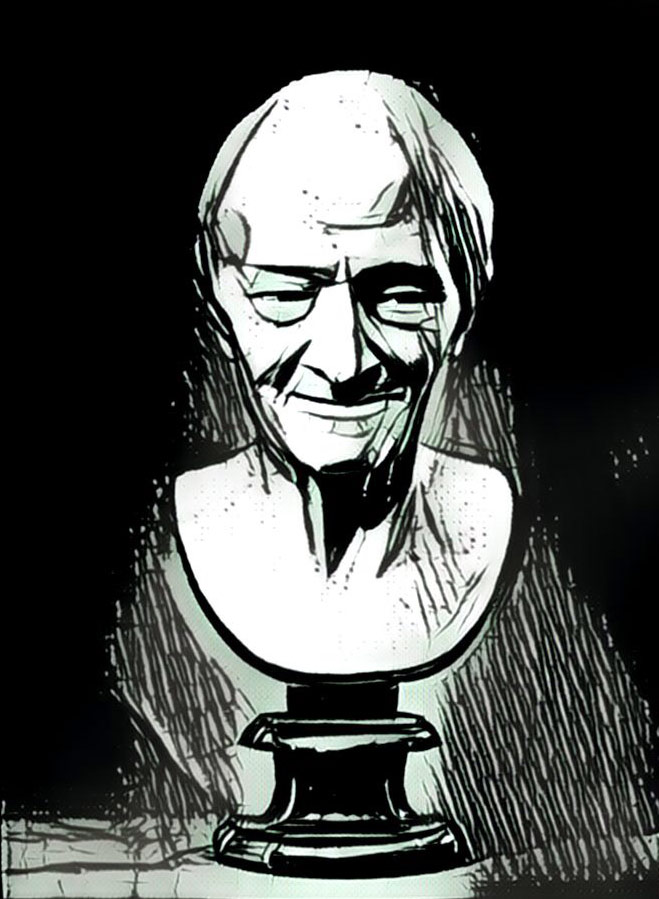 There is an aspect to Rousseau, Voltaire, and many other enlightenment thinkers’ politics regarding democracies and oligarchies. I first learned about this when I was studying Rousseau, but naturally it affected Voltaire, as well. Reverberations from their experience of democracy in Geneva echo throughout enlightenment politics and did no small amount to make me hyper-sensitive to what I call “fake democracy” – nations which pretend to democratic ideals but are not. My encounter with this story was not as well-explained as Gay tells it:

Like most educated Europeans, Voltaire had been misled by the Genevan genius for self-advertisement. Even Rousseau, then the Republic’s most illustrious son, had lent himself to the comedy; in 1754 he had dedicated his Discours sur L’inegalite to the Republic of Geneva. In that country, he wrote, equality and inequality were happily combined in conformity with natural law; it was neither too large nor too small for good government; the interest of sovereign and citizen were the same, everyone was subject to the rule of law, and all citizens had the right to make the laws: “May a Republic, so wisely and happily constituted, last forever, as an example to other nations, and for the happiness of its own citizens!”

In March 1755, not long after he had settled at Les Delices, Voltaire gave further circulation to this misconception with a paean to Genevan Liberty:

And liberty was made sweeter by fraternity:

Rousseau, of course, should have known better. Events soon compelled Voltaire to learn: in July 1755 the Genevan government repressed Voltaire’s hymn to its liberty (an act of poetic injustice) and in the same year the Genevan Consistory pointedly reminded him that theatrical performances were not permitted in Calvin’s republic.

Still, Voltaire had no desire to abandon  Geneva; at least thee were more philosophers in that city than anywhere else. Instead of moving, he multiplied his refuges: he acquired property in Lausanne, and nearby at Tourney and Ferney in France. “I have made myself freer in buying land in France,” he justified himself to Jean-Robert Tronchin, “than I was when I only had my hut in Geneva and my house in Lausanne. You magistrates are respectable, they are wise, the good society of Geneva is equal to that of Paris; but your people is a little arrogant and its pastors are a little dangerous.” It was the letter of one worldly patrician to another.

The letter suggests, too, that Voltaire was beginning to understand that, whatever people said, Geneva was an oligarchy. In building the stronghold of European Protestantism, Calvin and his successors had built three cities, not one. The overwhelming majority of Geneva’s 25,000 inhabitants were political pariahs. In law, this disenfranchised majority was divided into three groups: the peasants, the so-called Subjects; the immigrants who had been granted the right to live in Geneva on sufferance, the Inhabitants; and the native-born descendants of these immigrants, the Natives. In practice, Subjects, Inhabitants, and Natives formed one interest group, and in popular parlance they had one name – Natives. They had no vote, no right to practice the liberal professions or become officers; their economic activities, circumscribed as they were, were further hemmed in by petty regulations; they were compelled to pay burdensome and humiliating taxes; only a few Natives were allowed to buy citizenship every year. A small minority of Genevans, no more than 1,500 men, engrossed all civic rights. That minority, too, was divided – between the Burghers (Genevans who had acquired the rights and privileges of citizenship) and the Citizens (descendants of the Burghers, who alone could hold political office). But this division was bridged by common privileges and common interests: Burghers and Citizens alone had the right to vote; Burghers and Citizens sought to prevent the natives from swamping them. 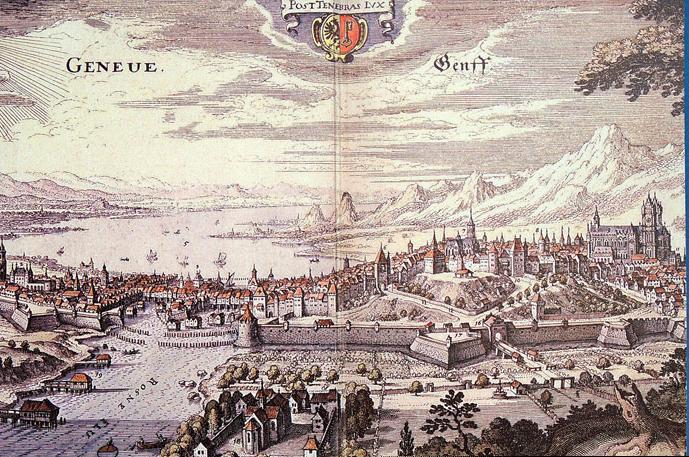 Voltaire and Rousseau had to confront the fact that here was something that looked like a democracy, where the will of the people was mooted and manipulated. The fine ideals of the enlightenment were shown to be easy to spoof – the multiple-tiered government of Geneva appeared to be listening to the will of the people, but the entire political system was constructed to remove popular influence. And, at the highest level was a smaller executive group “The Little Committee” that made whatever decisions they wanted – the entire pyramid of popular democracy up to the Little Committee was a placebo.

Geneva evolved toward a hereditary aristocracy disguised as a democracy.

By 1700, the social and political predominance of the patriciate and the political emasculation of the bourgeoisie were almost complete. Sumptuary laws, designed by the church to keep all in the paths of righteousness, were used to underline class divisions by permitting luxuries to the patriciate which were prohibited to the bourgeoisie; the Consistory was a welcome ally to the aristocracy. It became possible for members of the Council of Twenty Five to remain in office even though the Council of Two Hundred had failed to reappoint them; it became possible for one leading family to place eight of its members in the two smaller councils; it became possible for the son of a syndic to sit as a member of the Council of Two Hundred although he was sixteen. The aristocracy deliberately underscored its exclusiveness by withdrawing into its own quarters of the city, by rarely associating with the ordinary citizens, by developing its own salons, tastes, and dress. The old custom of electing two syndics from the lower and two from the upper city was silently dropped.

It’s still difficult to figure out Genevan politics from that period – deliberately. What stuck in my mind was the number: 1,500 – that’s about the same size as the US’ real government: congress, the Executive Branch, the top tier of the DoJ and DoD. The US oligarchy is not entirely based on descent, like Geneva’s, but there are family names like Kennedy, Clinton, Bush, that crop up here and there. American oligarchs are selected by money and connection, not blood. In China, which makes even less attempt to appear like a democracy, blood ties, money: more or less the same thing. Russia: more or less the same thing.

Voltaire watched, remembered, and said nothing – or almost nothing: he protested to Pictet and to the Genevan government that he had had nothing to do with Rousseu’s condemnation. And to his bretheren in France he maligned Rousseau with that special aversion the believer reserves for the apostate: Jean Jacques Rousseau, deist, author of that brilliant Profession do foi du vicaire Savoyard which Voltaire wished he had written himself, was more pernicious than the Frerons of this world. He had seen the light and rejected it, he was an ex-philosophe, “Jean Jacques is the scourge of philosophers. He writes against them and will get them hanged.”

This is why Voltaire was so blind to Rousseau’s genius. “This social or unsocial contract,” he wrote to Damilaville on 25 June 1762, “is remarkable only for a few coarse insults to kings from the citizen of the town of Geneva.” This, too, is why Voltaire was initially so indifferent to Rousseau’s fate. “Since this bastard of Diogenes’ dog is unhappy,” he wrote to Gabriel Cramer in July 1762, being coarse himself this time, “we must forgive him. But if he comes to Geneva, he will be even more impudent and more foolish than he had been in his village near Paris. That man fits neither into a republic nor into a kingdom nor into society.”

But Voltaire’s second thoughts were often more sensible and more humane than his first. He had once said of himself that he was a devil, but a good devil; when the apathetic Genevan bourgeoisie was finally stung into action by Rousseau’s abdication of his citizenship, the good devil applauded heartily.

I imagine it would be a great source of pain to the enlightenment philosophers, who were so enthusiastic about democracy, to learn that it’s Genevas all the way down.

I think dad was pretty in awe of Peter Gay. So, by the law of transitive awe, I am too.

Voltaire was a genius, and geniuses are complicated characters. Wherever he went, there were deep rifts – either he created them, or he pointed them out.

The poems about Geneva are pretty schlock:

My lake is the first:
it’s on these happy shores
Where dwell the human beings and the eternal goddess
The spirit of great works, the object of noble hopes,
Let all mortals kiss, or desire, or recall,
Who lives in all hearts, and whose name is sacred
In the depths of the hearts of tyrants is adored,
Liberty.

It’s Worse Than You Think: Mining Apps » « Another Shot in the War On Christmas