“NASA Scientists Baffled by Mysterious Pit Photographed on Mars” – like a trout to a clickbait fly, I rise and bite at the hook. [huff] 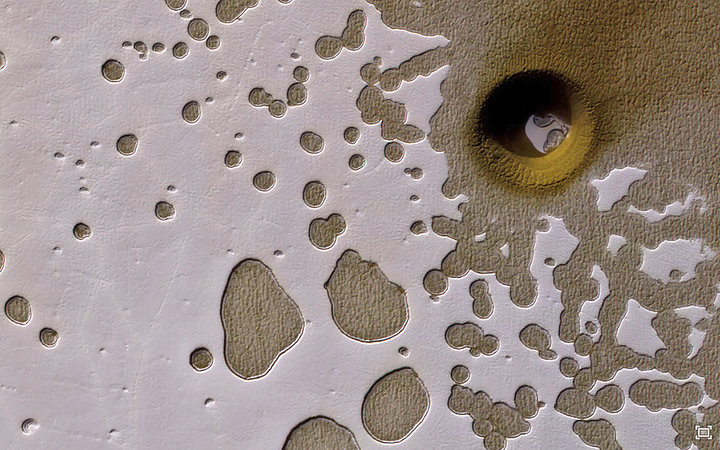 I don’t see much mystery. There’s some ejecta off to the 2:00 position. Looks like something small but hard came in and hit almost perpendicular to the surface. I wonder if scientists can figure out anything about Martian winds from the plume.

The clarity of the image is wonderful. 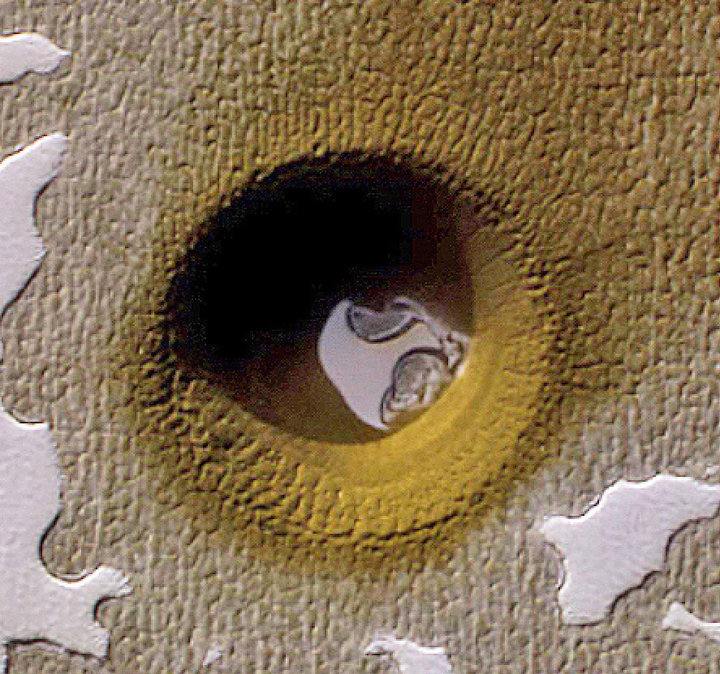 The article on Huffpo says scientists are unsure whether it’s a result of some kind of collapse from below, or an impact. To me it looks like a bullet-hit. 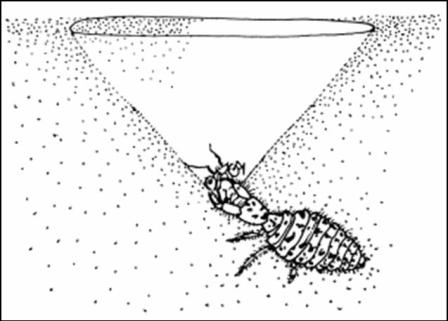 Either that or it’s the lair of a Martian Ant Lion.