In my recent article about Jack Ma [stderr] I was horrified by the way the camera and interview format dwelt on the interesting and important rich guys, and pretty much edited out a young woman who was also on the panel. Who is she? What has she done? 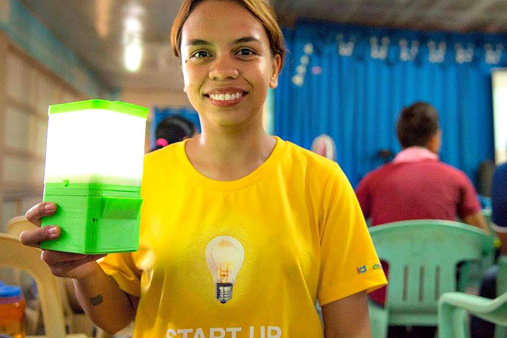 Aisa Mijeno is the founder of a startup to make sustainable lighting systems. Sustainable Alternative Lighting (SALt) – the lamp will run for 8 hours on 2 tablespoons of salt and a glass of water. Now, OK, some of us did that reaction in high school, too, but having it productized and simplified is pretty good, and it puts out a lot of light thanks to state of the art LEDs. 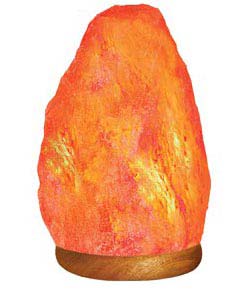 I hadn’t thought about this until I read a few articles about the SALt lamp, but in a lot of the developing world, the alternatives are oil, kerosene, candles – fire, in other words. The failure mode if you knock a SALt lamp over is pretty good (splash!) compared to a kerosene lamp in a wooden building or a tent. Do not confuse Aisa’s SALt lamp with a Himalayan Salt Lamp [snopes] – it’s not going to cure your warts, but you could probably hammer a Himalayan Salt Lamp to pieces and light your shack with it for a year, in a SALt lamp.

They’re doing a business model that has been successful in other markets: for every lamp that is purchased, one is given away to people who need light.

I understand why she effusively thanked Obama and Ma for being on a panel with her, and for (sort of) (trying) to speak with her as an equal. But they are not peers – no, not by a long shot. I am sure it was a big moment for her, and I do not want to detract from that, at all. But, to help her understand a little better, I have prepared this useful reality check chartoid:

I will say this for Jack Ma, he donated 2% of his shares in Alibaba to a philanthropic trust (I don’t know how it works in China but that’s probably a tax shelter [stderr]) – which is something like $2 billion of his $40 billion net worth. With that kind of money, it would be hard to not make a positive difference in some people’s lives. Apparently, when Ma did that, Bill Gates and Warren Buffet did likewise.

Aisa’s got her life ahead of her and seems to want to make a positive difference. And it’s great to see her speaking on stage – I wish her a life of accomplishments; she’s a “will be” and they’re “has been”s. She should remember what someone said: you’ve got to look forward, not back.

I know I’m being unfair to Barack Obama. He’s a complicated character who has done some good things and some really horrible things. My net assessment of him is that I’d hit the brakes if someone pushed him in front of my truck. I mostly did the breakdown to illustrate one of the problems of evaluating people: if you accept that certain things – like starting a war of aggression – are bad, bad things, then it’s impossible to stack that person up against someone who hasn’t done anything remotely near that bad. Aisa could be a complete failure in her lighting project and in summary she’s a better human being than Obama as long as she doesn’t start any aerial bombardments of cities. Ditto Jack Ma. Ma could be a horrible person (actually, he seems pretty personable, but with current American politics, the bar for billionaires has been set pretty low) but as long as he doesn’t get thousands of people killed, he’s ahead of the game.

I also have fun cooking charts. If Ray Kurzweil can do it, so can I!