… I’m going to a small conference up in Chicago the next couple days. So I’ll be driving (to avoid the homeland security fol-de-rol) and otherwise may be too occupied to say much. If I seem uncharacteristically quiet, that’s what’s what. It doesn’t mean I hate you, or you’re the last commenter standing. Whether I post or not is going to depend on my activity level at the event. 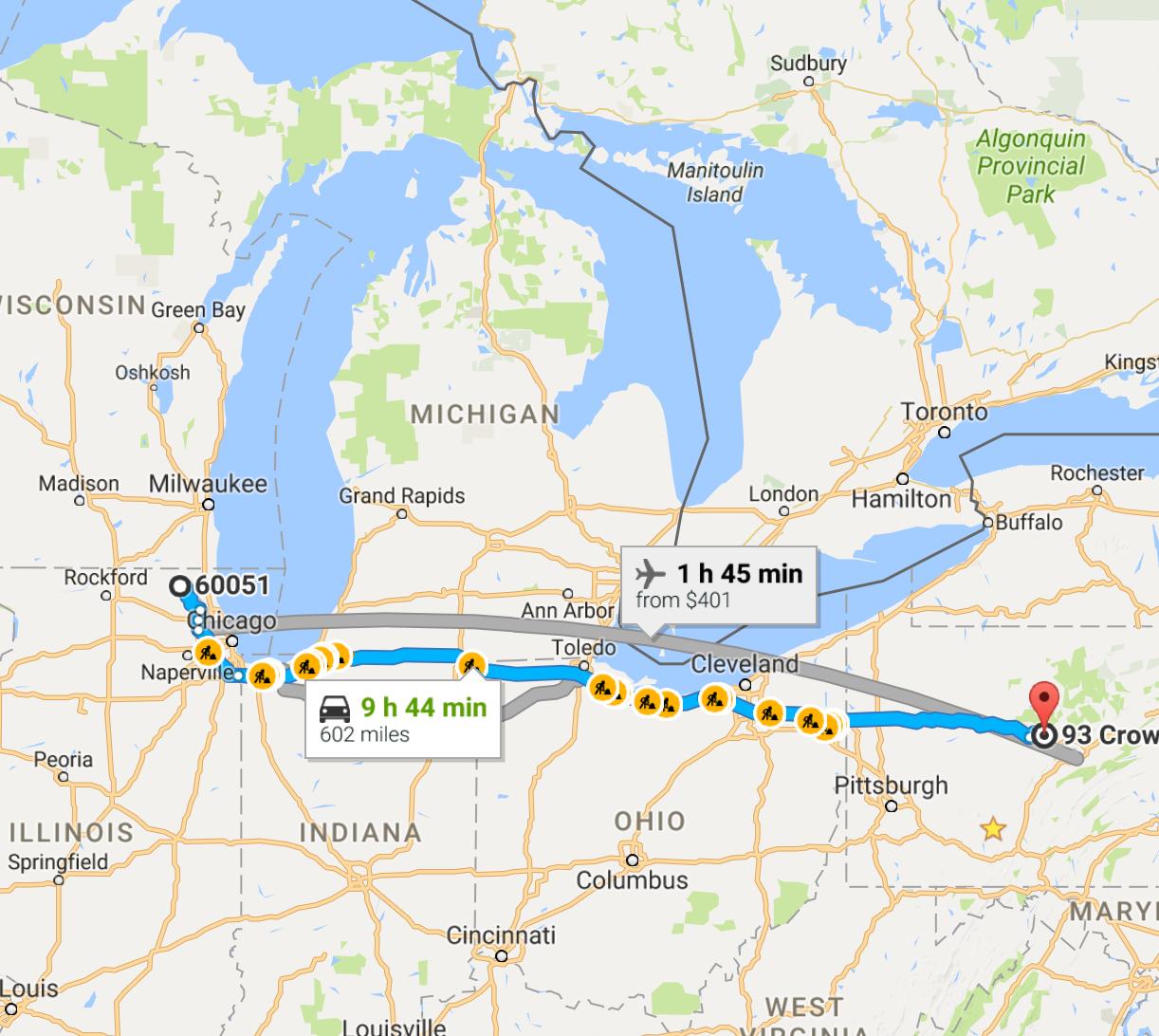 I’ll be heading home down the corridor from Chicago to State College PA (I-80 mostly), heading out today, heading back monday.

And. OH LOOK, Google has figured out another way to ‘sneakily’ include advertisements. It’s “targeted” advertisement because Google apparently was smart enough to realize that if I was asking about a driving route from here to there, I might prefer to fly. If Google keeps this up, I’m going to have to buy an old-school GPS again.

Those little icons of the people with shovels: those are marketing people who are going to stop me along my way and make me special offers.